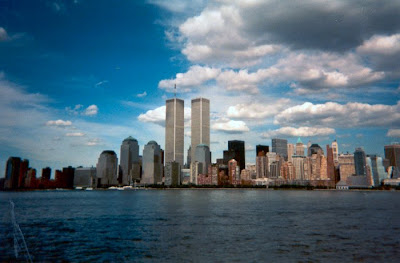 “In defense of our nation, a president must be a clear-eyed realist. There are limits to the smiles and scowls of diplomacy. Armies and missiles are not stopped by stiff notes of condemnation. They are held in check by strength and purpose and the promise of swift punishment.” I will tell you who said that at the end of this commentary.

D-Day, 65 years ago, was one of many days throughout history that determined the final outcome of a war. I suspect one can attach a great battle to just about every day in the calendar because the history of humanity is one of constant warfare somewhere, anywhere in the world where two men, two families, two tribes, two empires, or two or more states clashed.

The courage that Americans, joined by Canadians, British, Free French, Polish, and other troops showed on June 6, 1944 preserved freedom for a bit longer among the victors, though all of Eastern Europe had to be written off as the bribe to keep Soviet Russia involved. It would ultimately loose 20 million of its people.

The atomic bombs dropped on Hiroshima and Nagasaki killed about 199,000. People forget that the Japanese emperor and the military, though clearly defeated, refused to concede.

War is the natural element of mankind. Peace is merely the interlude between wars.

Man is the most dangerous creature on Earth and young men, in particular, are either conscripted into armies or will just as likely form gangs to fulfill the desire “to seek the bubble reputation even in the cannon’s mouth.”

Every time I hear Barack Obama talk of diplomacy, I can hear guns being cocked or missiles being positioned. He is surely the most naïve President since the days of Woodrow Wilson who get elected promising keep the U.S. out of World War I and then, after committing U.S. troops, he went to Europe to participate in the writing of the Versailles Treaty where the British and the French ate his lunch. They divided up the spoils, punished Germany, and set in motion World War II before the ink was dry.

Wilson returned home with his dream of a League of Nations and the U.S. Senate shot it down, preferring to maintain our sovereignty than to get in bed with the knaves that started WWI.

That fool’s dream of an organization to ensure world peace was revived by Franklin Delano Roosevelt and signed into being by his successor, Harry S. Truman, who probably had little choice in the matter. Its first Secretary General was a Soviet spy named Alger Hiss, a communist who had risen high in the FDR government.

The world has always been a dangerous place because it has always been full of egotists and psychopaths who have seized or gained power in one fashion or another. Alexander tried his hand at a Macedonian empire. Rome laid down some fine roads and used them to ensure their hold on a widespread Mediterranean empire. Attila knocked on the doors of Europe. The Visigoths and other barbarian tribes sacked Rome.

The Church sent forth crusades in response to the military aspirations of Muslims to seize and hold Jerusalem, holy to Christian and Jew. The Muslims or Moors had already spread far into India and northern Africa, up into Spain. Their northern drive into Europe was stopped at Poitiers, France in 732 AD and on September 11, 1683 they were decisively defeated at the gates of Vienna.

In the last century, the Empire of Japan murdered thousands, if not millions in China while waging war to control Asia. In Europe the Nazis redefined barbarism and depravity.

War! War! War! Diplomacy is merely the process by which war may be delayed a bit and the terms of surrender are determined by the winner. Diplomacy has never stopped a despot from pursuing war. It has merely rescheduled it.

In 1986, Osama bin Laden formally declared war on the United States. He is still at war with the United States whether anyone is paying attention or not. And we are not. The Iranians, as crazed as bin Laden, have made their intentions clear by declaring “Death to America!” and “Death to Israel” every single day since seizing our diplomats in 1979 and holding them for 444 days.

After 9/11, George W. Bush did not hesitate to pursue war against bin Laden in Afghanistan and against a man, Saddam Hussein, and nation, Iraq, that were the object of dozens of useless United Nations resolutions as an instigator of wars. Obama’s response has been to denigrate our military achievement in Iraq and demand that Guantanamo be closed down.

Barack Obama is going to get a lot of Americans killed with his poetry about diplomacy.

The lessons of history are lost on this fool. Buchenwold concentration camp and the beach at Normandy are just background for “photo ops” to this greatest of narcissists. He is too busy waging his own war on America while seeking yet another stage on which to strut.

On September 10, 2001 Americans thought they were not at war with anyone. They were wrong. The only thing that has kept us from another attack was the policy enunciated in the quote with which I began this contemplation of war and peace. The man who said it is former President George W. Bush. The date was November 19, 1999.
Posted by Alan Caruba at 6:35 PM

~Dan 8:25~ And through his policy also he shall cause craft to prosper in his hand; and he shall magnify himself in his heart, and by peace shall destroy many: he shall also stand up against the Prince of princes; but he shall be broken without hand.

Well said. Our current President seems to be following in the footsteps ov Neville Chamberlain, and wistfully hoping for,"Peace in our time." George Bush was roundly and soundly criticised, but for the eight years he was Commander in Cheif, there were no more attacks. I fear for our future under this weak socialist. Or is he really Marxist?

I believe the latter.

Hi Mr. Caruba. I finally read the whole Lord of the Rings Trilogy last year with my family for our "family reads". I found a few quotes in that series which have become favorites of mine. One being "It needs but one foe to breed a war, not two... And those who have not swords can still die upon them." Lady Eowyn of Rohan from The Return of the King
I think that sums it up. God Bless and thank you for another excellent article.