How to Lower Your IQ: Watch the History Channel 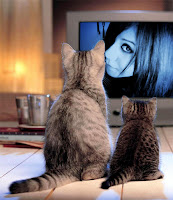 Have you watched the History Channel lately? Seen any history on it? I have this theory that you actually lower your IQ watching it.

I love history, any history, read it all the time. I am especially fond of the late Israeli diplomat and author Abba Eban’s comment that “History teaches us that men and nations behave wisely once they have exhausted all other alternatives.”

As you have probably deduced by now, I am very unhappy with the pabulum and low-brow offering of programs aired on the History Channel. I am most irked by shows that have absolutely nothing to do with history.

These programs are utterly devoid of anything a moderately educated person would deem to be of any historical value.

Most, but not all, History Channel shows have little to do with history, events and personalities from the past. Take, for example, the channel’s obsession with the end of the world. It offers us programs such as “Armageddon”, a biblical, not historical event, along with “Bible Code, Predicting Armageddon.” Then, for good measure, it throws in “Life After People”, a program that describes what the Earth will be like just as soon as the human race goes extinct.

It also dabbles in the stuff usually associated with shamans tossing chicken bones and shiny pebbles on a mat in order to foresee the future. The “Nostradamus Effect” offers to explain his “predictions” which, not surprisingly, have been used to explain wars and other easily predictable events like floods and earthquakes.

Only on occasion does the History Channel actually broadcast history. There is an excellent series, “America—The Story of Us”, that I can recommend, but it is an exception on a channel more likely to air “Sex in the Ancient World” than anything you’d want a younger member of the family to watch.

Years ago in the 1960s, Newton Minnow, a former chairman of the Federal Communications Commission, gained everlasting fame when he described television was “a vast wasteland.”

“I invite you each of you to sit down in front of your television set when your station goes on the air and stay there for a day without a book, without a magazine, without a newspaper, without a profit and loss sheet or a rating book to distract you. Keep your eyes glued to that set until the station signs off. I can assure you that what you will observe is a vast wasteland.”

Today, I have well over a hundred channels from which to choose. I clearly do not have to watch the History Channel, but I would like to if it ever gets around to broadcasting anything resembling history.

Thanks Alan for bringing up one of my many issues with television - the History Channel which has very little history on it.

Like yourself, I'm a history buff and frequently click on the History Channel hoping to see something historical only to find "Ice Road Truckers" or that gross overweight crew at the Las Vegas pawn shop buying a piece of junk they think is valuable.

Yes, I think it is an I.Q. and educational issue. During a recent trip to the local public library I discovered an entire shelf of History Channel DVDs of programs from years past.

My theory is that the ratings of the History Channel were low because only a minority of intelligent and educated people were watching their show, so they dumbed down the format to trash like "Ice Road Truckers" in order to attract the dumb bunnies and the rating went up.

As I was graduating with my Master in History a young lady earning her's in English Education commented that she had five job offers to teach English. One of my co-graduates said "Fine but we have our own TV Channel."
Not any longer...oh, by the way how about the SciFi channel having hours and hours of WWF.
Go back to what made the channels popular and not what every other channel is showing

It's always seemed strange to me that the "history" channel deals more with supposition, superstition and succulence.

What a great chance to set so many myths a running and bring truth to the airwaves. BUT, they are a part of the liberal, global warming, secular psychos who run things these days.

All for a purpose, Alan.

Although, I do like a few of the non-history shows you mentioned, they are such drivel (shame on me). But yes there's little history on this channel, which amazes me because there is SO much history to share and it is always in the making. And what's with the re-runs, re-runs, re-runs? Sadly, with all the channels available we are lucky to get 4 good shows a week. And we pay for this, duh? N
crookedhalocatholicblog.blogspot.com
cucinananette.blogspot.com

I'm glad someone else has noticed this abrupt downturn in the quality of programming on the History Channel. I used to be an avid watcher of that channel back during the heady days of "The Revolution", "Founding Fathers" (both of which I own on DVD now), and "The Land of the Tsars". Not any longer... What the heck does "Gangland" have to do with history anyway?!?
Thankfully, the sister-station, History International, still runs some of the decent documentaries that I used to like, and every once in a while (but still very rarely), they will deliver a new documentary.

And then when they manage to do a show that is historical, the history is incorrect. Amazing.

I've had my cable disconnected for over a year, and I haven't missed it a bit.

You have hit the nail square-on, Alan.

Flicking the remote - as one does - during another unsatisfying viewing session brought me to 'The Nostradamus Effect' on the 'History' Channel. Immediately, my 14-year-old daughter said, "get rid of that, dad, its junk, ". Which I did and repaired to a good book, 'Captain James Cook' a biography by Richard Hough, as she went onto the Net.

Like many of you, it seems, I find myself being very selective on my viewing practice - my time is too valuable to imbue in silly babble and I long for a good documentary that does not try to brainwash me into examining my carbon footprint.

When such is presented on 'the box' my daughter's words ring out load and clear andout comes a book.
Clive in the Philippines

I completely agree for once, Caruba. The History Channel used to show decent programs. It was mostly Nazis and Ancient Rome, but a lot of it was high quality. Only a few years ago they ran a great series with the BBC about Boudica. But it seems those scholarly programs are now thoroughly a thing of times past. It's too bad. But at least there's always Nova!

Would it be cynical of me to suppose that the History Channel probably receives a lot of taxpayer funding?

@Guy: I doubt that the History Channel receives government funding. Even CSPAN is funding by the televison industr. State sponsored channels get subsidies, but all depend heavily on public donations as well.

I agree that much of the History Channel's line up is not historical, but I still watch it, because it is entertaining television. For example, "Pawn Stars" provides history in very small bites and is funny as well. With 100 channels, I can always find quality television - some of it funny, some sad, some of it educational, etc.

That is why TIVO is helpful, it will record anything you want, allowing even more effective sifting through all the poor quality television to find the 30 minutes of quality.

Thank you! The only thing I could find fault with this article is that I didn't write it myself.

It is true that some of this stuff can be entertaining, but I don’t care....put that stuff on another channel...it isn't history.

What really drives me crazy is that so very often they get things wrong or present a point of view that isn’t necessarily the accepted one. I often wonder who finds these “experts” and where they find them.

The shows that used to have historians discussing movies with an historical theme were really good. They also showed that historians don't always agree, even when they share the same information.

There was a show with a strange little English guy that was always worth watching. But even “The Barbarians” and shows of that ilk weren't really satisfying because it was too much entertainment and too much emphasis on the violence…repeated over and over again to make it fill the time slot…. and not enough discussion. That, in my opinion was activity as a substitute for accomplishment.

Thanks again for this article. Someone really needed to do it.

Just watched (or tried to watch) The Crusades - Crescent and the Cross. Holy bias!!! I had to shut it off about 1/2 way through. As a Christian I couldn't take another second of it. I'm curious where they get their funding.

@Christine: Their series on how aliens from outer space came and taught ancient humans how to make and do things is particularly insulting.