Standing Firm Against a Hurricane of Lies 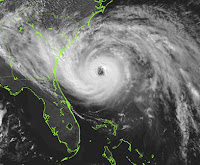 It takes a substantial amount of courage to stand against the lies about global warming, carbon dioxide’s (CO2) role in climate change, and whether humans are causing unusual weather events, but Dr. William Gray has been doing that ever since the global warming hoax was unleashed on the world in the 1980s.

In January 2010, after having been a member of the American Meteorological Society (AMS) for more than fifty years, Dr. Gray, a Professor Emeritus at Colorado State University, wrote a stinging denunciation when the society gave its highest award to James Hansen, the NASA official generally credited with getting the global warming hoax rolling in 1988 with testimony before Congress.

“I am appalled at the selection of James Hansen as this year’s recipient of the AMS’s highest award—the Rossby Research Medal. James Hansen has not been trained as a meteorologist. His formal education has been in astronomy. His long records of faulty global climate predictions and alarmist public pronouncements have become increasingly hollow and at odds with reality.”

At an age when most men might be expected to rest on their laurels, Dr. Gray has not shrunk from the battle. Slapping down Hansen, he said, “He cannot explain why there has been no significant global warming over the last ten years and why there has been a weak global cooling between 2001 and 2008.”

What is generally unknown and unseen by the public is that in the world of science there are fierce battles waged within its many cohorts as both sides of an issue lay out their data and submit themselves to the scrutiny of other scientists. These battles often last for decades. Darwin’s theory, though widely accepted by the public, is still being debated with the likelihood that it too will be upended by the study of magnetic reversals.

I am pleased to call Dr. Gray a friend. I first took notice of him for his annual predictions of hurricane activity. I suspect that professional poker players, for whom the odds are weighed hand by hand, would stand in awe of anyone prognosticating on the number of hurricanes that would hit the east coast in any given year.

World Climate Report recently asked, “How much evidence will it take to quiet the claim that hurricanes are increasing in frequency due to global warming?” They found “scant evidence to support a strong link”, something that Dr. Gray has been saying for decades.

In 2006 The Wall Street Journal took notice in a page one article titled, “Hurricane Debate Shatters Civility of Weather Service.” Dr. Gray had been disinvited from being on a panel to discuss the storms, several of whose members were still arguing the idiotic notion that human activity has anything to do with these powerful climate events.

The lesson here is that major science-based organizations such as the AMS, along with government weather service agencies such as NASA, have been deliberately misleading Americans for years.

Dr. Gray has been indefatigable in his resistance to the torrent of misinformation. To those government scientists putting forth the global warming alarmism, Dr. Gray has written that “Rising levels of CO2 are not near the threat these alarmists have portrayed them to be. There has yet to be an honest and broad scientific debate on the basic science of CO2’s influence on global temperature.”

“The global climate models predicting large amounts of global warming for a doubling of CO2 are badly flawed. They should never have been used to establish government climate policy.”

I trust Dr. Gray’s half century of research and analysis. You should, too.

About hurricanes/typhoons - I have no idea how to find it again, but I did read yesterday that since Katrina both the number and severity of these storms has declined.

Here's a link to the article to which you may be referring:

I live in the same city as Dr. Gray. I know him a little and am an admirer of his work and his courage -- so much so, in fact, that I once arranged a written debate between him and Dr. Kevin Trenberth. If you or any of your readers are interested in the outcome of the debate, you may read it here: