October 9--A Great Day in (My) History 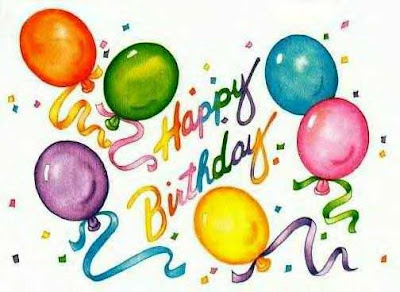 Yes, it's true, many famous people were born on October 9.


And, in 1937 there was me. True, I have not achieved greatness, but neither I have sought it. No great ambition to lead nations, be a rock or sports star. But I have achieved a great measure of happines and  there is much to be said for that.
Moreover, I can and will produce my birth certificate if anyone asks. That's more than Obama will do!
﻿
Posted by Alan Caruba at 6:00 PM

I hope you have a wonderful birthday, Alan. Thank you for all you share here on your blog that helps people like me stay informed. You ARE indeed great to a lot of people. May God bless you richly in this next year of your life.

A happy birthday to you, Alan.

I forgot today is your BD. It's on FB and I just read it yesterday. Anyway Happy Birthday and many more. Mine was last month. Oh,and by the way not only can I produce my birth certificate but also my DD-214 form and discharge from the USMC.
"Semper Fi"

And many happy returns of the day. I do enjoy your blog. keep 'em coming please.

Congradulations and as my grand-brats say, Huppy Birf-n-day Mr Alan!!!!!
Greatness is measured by the quality of a persons character.
You Sir, are a Legend and set the mark high.

Obama couldn't find his ass in a dark room with both hands.

My thanks to you, Richard and Ol James. It's been a fine day.

Mike Singletary is now famous for being the San Francisco 49ers coach!
HMMMM!
What really makes me feel old is that I could be his dad (had I led a somewhat different college life).