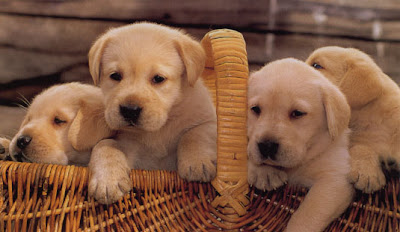 With a national debt of $14 trillion, gasoline at or above $4 a gallon, and the cost of everything rising, it is astonishing to think that Americans today spend an estimated $45.4 billion annually on their cats, dogs, birds, and other pets.

It is money we do not spend on ourselves. It is money we spend in many ways on all manner of companion animals when we are not spending it visiting zoos, aquariums, rodeos, circuses, race tracks, and other places where animals are the main attraction.

Virtually no where else in the animal kingdom does one species adopt and care for another. Pat Shipman, a paleoanthropologist, explains this curious behavior by humans in a book titled “The Animal Connection” that will debut in mid-June ($26.95, W.W. Norton). Our distinctive behavior toward other species goes back 2.6 million years.

Our lives, our popular culture, and our society value companion animals and sanctions any ill treatment of them. It is, one might say, a measure of our humanity.

Anthropologists generally agree that hominids, humans, evolved as we did due to our ability to make tools, the development of language, and, Dr. Shipman says, the way we not only hunted animals for food, but the way we domesticated them, eventually to the point where some became members of the family.

Animals featured largely in our pre-history. The cave paintings from Lascaux in France show a large bull and it overlaps with images of horses dating back 17,000 years ago.

Domestication was likely a mutual decision on the part of animals who found that partnership with humans was beneficial. The word “domestic” comes from the Latin domus meaning house or home.

Not surprisingly, dogs were the first to join the humans, estimated to have begun 32,000 years ago, followed by goats, sheep, and pigs, around 12,000 to 10,000 years past. Cats were domesticated in the Fertile Crescent about 9,000 years ago and were venerated by the ancient Egyptians. The horse transformed our history, beginning around 6,000 years ago in Eurasia.

Dating to 3,500 years ago, the ancient Hebrews developed the first laws regarding “humane” treatment of animals including which were acceptable as food and which should be shunned as likely carriers of disease. We get the term “kosher” from those laws.

Today, most people in our society are totally removed from the raising of livestock or poultry, not to mention their slaughter and preparation for supermarket shelves. Cuts of meat have specific names and poultry is now packaged in enough ways to make your head spin.

Television teems with programs devoted animal care or as part of the entertainment venue. Whole industries exist to cater to everything our pets need and veterinarians are plentiful to tend to their illnesses or injuries.

Dr. Shipman writes “If being connected to animals is a genetically based behavior typical of humans, then there ought to be observable benefits to being with animals—and there are. Pets are not simply the leftovers of the domestication process kept around for some whimsical reason; they fulfill a need in our lives.”

“Pet-owning individuals have better health, more social contacts, more exercise, and a better outlook on life than non-pet owners. Simply being with a pet lowers the heart rate, lowers cholesterol, and lowers anxiety in most people.”

In a very real way to be human is to love other species and so long as that remains rational and not carried to extremes that is a very good thing.

I would rather have a loyal old dog as a family member than to have some of the HUMANS that are true family members...

It's rare that a dog goes *psycho* or discovers *JEEEEEEZUS* and starts preaching to you...

Fred, I couldn't agree with you more. I'd certainly take my dogs over any one of the nutcases I have to deal with on a daily basis. When I come home, and I can always count on a warm welcome and the worst thing they ever do to me is chew up an occasional sock ...