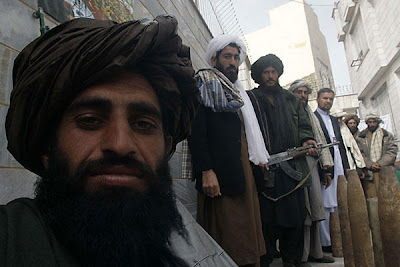 The Greek philosopher Plato said, “Only the dead know the end of war.” I doubt that in the five thousand years of what we call civilization there has ever been a day when war has not been taking place somewhere on the planet. All wars, in one fashion or another, however, have to come to an end.

The war in Afghanistan has degraded into a distraction from the nation’s desperately deteriorating financial situation. Even worse, it is part of that problem. On January 30, 2009, Bill Bonnor, best known for his newsletter, Dead Reckoning, wrote the following:

“’Bleeding America to the point of bankruptcy’, was what he (Osama bin laden) was up to, he said in a videotape. He even did the math. ‘Every dollar spent by al-Qaeda in attacking the United States has cost Washington $1 million in economic fallout and military spending’, said the report.

“’We, alongside the mujahideen, bled Russian for ten years, [in Afghanistan] until it went bankrupt…So we are continuing this policy in bleeding America to the point of bankruptcy.’”

Can anyone deny that bin Laden was right? Can anyone deny that the U.S. under Presidents Bush and Obama has now expended billions in the name of bringing democracy to people who should be responsible for overthrowing their own despots? There was, after all, a time when the U.S. was an ally of bin Laden and even of Saddam Hussein!

On May 9, Rasmussen Reports noted that 56% of those surveyed favored bringing U.S. troops home from Afghanistan within a year. What do the people know that all the genius strategists in the State Department and Pentagon do not? They know these wars, Iraq included, are a distraction from our real problems.

I do not know how many times over the years since the U.S. invasion of Afghanistan and Iraq I have written that we should withdraw our troops. I have noted how extended military occupations and expeditions have historically always drained and destroyed empires from the Roman to the British and now the present day Pax Americana.

America is now over $14 trillion in debt and yet we keep sending billions to nations like Pakistan and to the United Nations, most of whom must think us stupid beyond belief.

Over the course of the forty-six years the Cold War ground on, the U.S. fought hot wars in Korea and Vietnam. We spent what we had to for a powerful military deterrent. From Truman to Bush41 Presidents remained firm in their determination to resist the Soviet Union.

The war with Islam is different. The asymmetrical war waged against America, Israel, and the West began in earnest after Iran’s Islamic revolution in 1979 and continued through a succession of al Qaeda attacks on U.S. Marines in Beirut, U.S. embassies, the USS Cole, and ultimately 9/11. Israel has had to wage a war of self defense since its first day 63 years ago. Most recently, it resisted Hezbollah in Lebanon and Hamas in Gaza.

Islam has been around since the seventh century A.D. Its initial success saw it sweep across vast regions of the Middle East, Africa, India, up into Spain and to the gates of Europe. The inherent failure of Islam has been its resistance to all Western values that confirm the dignity of the individual, representative government, and the advances of science, literature, and the arts.

Our global opponents, Russia and China among others, are pleased that America must drain its treasury and expend the blood of its children to hold the line against Islam, but it is a short-sighted strategic error because they will find themselves on the frontlines of the war that we have been waging with massive troop deployments. Consider how much more effective drones and special operations have been.

Europe has reluctantly discovered the enemy in their midst. The flood of Muslims it invited as workers because of its failure to ensure a sufficient native population is causing Europeans to grasp at measures to either placate the Muslim population or outlaw some of its practices. The fear is palpable and is why some now refer to it as Eurabia.

NATO nations, rarely credited, have been by our side throughout the wars on Afghanistan and Iraq. They are now charged with determining the outcome of the insurgency in Libya, but Britain is making plans for an early withdrawal from Afghanistan for the same reasons outlined above.

It is reason enough for America and European nations to put their financial houses to avoid a collapse that will leave us vulnerable to the most terrible scourge of mankind.

But we're NOT at war with Islam, Obama said so...

And we ALL know that Barack Hussein Obama wouldn't lie...

I've no argument in favor of many of our military adventures. However, the actual direct cost of such things as Afghanistan, the Balkans and now Libya pale into near-insignificance when compared to our social programs.

Are our leaders as stupid and bereft of common sense as we talk about here and elsewhere? I can't believe it. There has to be treachery involved, carefully choreographed to appear consistent with the goals of "democratization" but in reality designed to keep our minds off of what's happening in our Nation. The world laughs at us because they see the financial ruin headed our way. Can leadership be that stupid? Or are they in fact, evil conspirators whose only goal is a one world government?

Dave, I think the people we have in high office today are choreographing the destruction of the nation. I think they know what they are doing.