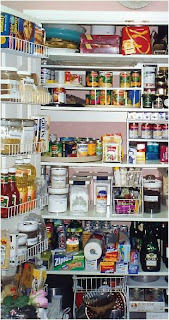 Over the course of the first four elements of The BPA File, we have documented a massive, global campaign to ban bisphenol-A, BPA, a chemical that has been safely used for more than a half century to protect metal and plastic containers for food and liquid against spoilage and the resulting hazard to health.

Every day, somewhere in the nation and the world, there is a constant repetition of lies regarding BPA They frequently target the fears of mothers of newborn infants, but also allege a wide variety of other health threats including a healthy sex life for men and women.

In the same fashion that the global warming hoax was spread and maintained by a campaign that asserted that everything from frizzy hair to blizzards was the result of a dramatic warming cycle that was either happening or predicted to happen, the effort to ban BPA uses the same technique.

The campaign is pursued by a coalition of environmental and consumer activist groups that depend on such scare campaigns to maintain funding and secure members who can be relied upon to ignore or reject the science that disputes such campaigns.

In May 2011, the Miami Herald published what read like a news release by the Natural Resources Defense Council that asserted “Bisphenal-A associated with obesity, lower sperm counts, and pre-cancerous changes in the body is found in the bodies of 90 percent of Americans. Now a study shows that you can halve your levels of BPA and other chemicals within three days through a change in diet.”

Three distinct “scares” are captured in this news release, all aimed a fears regarding health, but none of them reflect the fact that trace amounts of BPA is routinely excreted and thus poses no threat. It also fails to reveal that the “studies” always involve administering large amounts of BPA to laboratory mice in a fashion that does not reflect actual exposure.

The ultimate target of the anti-BPA campaign is the widespread use of plastic containers of food and liquids, along with its use to line the insides of metal cans for that purpose.

From its earliest origins, environmentalists have sought to ban chemicals in general even though plastic has transformed and enhanced life around the world. In the U.S., the average life expectancy in the last century rose from thirty-seven in 1900 to the current seventy-eight years!

Earlier this year, the German Society of Toxicology released a review of more than five thousand previous studies of BPA exposure that concluded that BPA “exposure represents no noteworthy risk to the health of the human population, including newborns and babies.” Researchers concluded that BPA is neither mutagenic nor likely to be a carcinogen.

This, however, has not deterred the constant repetition of lies asserting that BPA is a health threat, nor a variety of efforts, including proposed State bans on the use of BPA. In April 2011, the Competitive Enterprise Institute released a 14-page report that included three pages of intensely documented notes, that refuted efforts by the Maryland legislature to ban infant formula and baby food packaging that contains more than 0.5 parts per billion (ppb) of BPA.

“In public policy, bad ideas have an unfortunate tendency to spread,” said Dr. Angela Logomasini, PhD. Efforts in Maine, Maryland, and even in Congress to ban BPA portend a host of food-born diseases and even death if such bans continue to be enacted.

The source of these bans is the environmental movement that first came to public notice when they succeeded in getting DDT banned. The result has been a rise in malarial deaths in nations that followed suit and in the swift explosion of the bed bug plague in the U.S.

So vast have been the campaigns against the beneficial chemicals that protect human health that a word was coined to identify the phenomenon—chemophobia. It is an irrational fear of chemicals when, in fact, the human body is a chemical factory, producing chemicals for digestion, hormones, and others, all the while cleaning the body of chemicals it rejects.

Simple common sense suggests that parts-per-billion of any substance cannot possibly pose a risk or threat.

In his book, “The Precautionary Principle: A Critical Appraisal of Environmental Risk Assessment”, published by the Cato Institute, author Indur M. Goklany, wrote “In keeping with its origins of technological skepticism, the precautionary principle has also been increasingly invoked as justification, among other things, for international controls, if not outright bans, on various technologies, which—despite substantial benefits to humanity and, in some cases to certain aspects of the environmental—could worsen other aspects of the environment or public health.”

At the heart of environmentalism is the core belief that humans are endangering the Earth by the use of the remarkable technologies that have been developed in the past century.

That is why, by spreading lies about sperm counts, endocrine disruption, and non-existent threats to infants and adults via plastic and metal containers of food and liquids, the ultimate agenda to reduce the worldwide human population is central to the campaign against the use of BPA.

There are no feasible substitutes for BPA. Banning it will guarantee the people will die.

The "environmental movement" has always been about earth=good, people=bad. Even back with Rachel Carson, Paul Ehrlich and others there has always been a dimension of eugenics, even genocide, involved.
As an example, David Graber, a research biologist with the National Park Service, was quoted in the Los Angeles Times Book Review Section, October 22, 1989, as saying: "Human happiness and certainly human fecundity are not as important as a wild and healthy planet. I know social scientists who remind me that people are part of nature, but it isn't true ... We have become a plague upon ourselves and upon the Earth ...Until such time as homo sapiens should decide to rejoin nature, some of us can only hope for the right virus to come along."
Oh, and don't even get me started on Margaret Sanger, the patron saint of Planned Parenthood!