We Elect Politicians, Not Saints 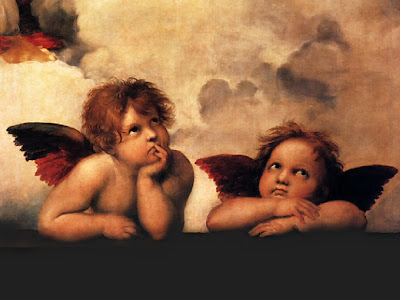 It’s always a good idea at the beginning of the long political marathon that leads to Election Day to remind ourselves that we are electing a politician, not a saint.

It’s also a good idea to keep firmly in mind that everyone we do elect is a human being with all the flaws and failures of judgment and behavior that comes with that dubious distinction.

When he was campaigning, Jimmy Carter made much of his being a born again Christian and having taught bible studies at his church. He turned out to be a dunce at just about everything else. That toothy grin of his was the predecessor of Barack Obama’s famed dazzling smile.

As various Republicans toss their hat in the ring, they will have been subjected to vigorous and sometimes vicious “opposition research” by Obama’s campaign team and, surprise, by those representing their opponents.

It is one of the great mysteries of our time is that none of them have discovered that Ron Paul, the Libertarian, is not in fact from some distant planet instead of Texas. Few candidates advocate nuttier ideas non-stop than Dr. Paul. If you want comic relief, keep an eye on him. On the subject of nutty ideas, Romneycare is one that candidate Mitt Romney keeps defending and will until he likely loses the nomination. Bad ideas are bad ideas not matter whose name is associated with them.

In her Saturday column for The Wall Street Journal, former Reagan speechwriter Peggy Noonan reflected on the continuing popularity of New Jersey Governor Chris Christie who keeps being asked if he will run despite constant denials. She even speculated that there might be a draft Christie movement if the other candidates prove to be too boring or inept to defeat Obama.

That’s what makes politics so much fun. It also makes a run for the presidency an expensive effort and one that requires the stamina of an Olympic contestant. Noonan called Christie “normal”, adding that “A lot of people at this point in history think only the abnormal run for president.” And speaking of normal, Herman Cain fits that description and may begin to look very good to voters as time goes along.

Normal or abnormal, the power abrogated to the mainstream press remains intact as too many people rely on what is surely that most biased “reporting” to be found in a presumably free nation. In the tank for any Democrat, readers and viewers will have to look elsewhere for alternative sources of news about Republican candidates.

Having voted since the days of John F. Kennedy, I confess that since my parents were Democrats, I was a Democrat. I paid little attention to the merits of the Democrat candidate, nor any of his promises. I suspect a lot of people vote like that, but as Paul says in First Corinthians, “When I was a child, I spake as a child, I understood as a child, I thought as a child: but when I became a man, I put away childish things.”

I cast my first Republican vote for Ronald Reagan and have not taken any Democrat candidate seriously since. After Reagan I endured eight years of Bill Clinton including his impeachment for lewd behavior in the Oval Office.

Little did I or anyone else know what a complete looney Al Gore, his vice president was.

Al gave his wife, Tipper, a huge, lengthy kiss before accepting the nomination and I am pretty sure even a lot of Democrats were cringing. We dodged a big bullet when George W. Bush defeated him.

But! George W. helped run up the largest deficit in modern times while President and Obama multiplied it to the point of putting the nation in its worst financial crisis since the end of the Civil War.

This is why the economy is going to be the single, over-riding issue of the 2012 elections and why Barack Obama can spend a billion dollars to get reelected, but will be defeated.

Americans do not elect Presidents who preside over inflation, unemployment, housing foreclosures, Obamacare, open borders, and a lifestyle in office that rivals Arab sheiks.

We have to wait until the end of the month to learn if Indiana Governor Mitch Daniel will run. If he does, he will be the most fiscally conservative candidate and Republican primary voters will grow accustomed to his lack of charisma, his dry wit, his abundance of good sense, and record of good governance.

Add Rick Santorum and Tim Pawlenty to the field of those making a serious effort. Forget Sarah Palin who will not run and Donald Trump whose run will end the day “The Apprentice” finishes its present season.

That leaves Newt Gingrich and the aforementioned Ron Paul. They are the circus sideshow before you get to the big tent. I don’t even think Newt is running to be elected. I think he’s running to increase the sales of present and future books, dvds, cds and possibly t-shirts.

As for saints, they are very scarce among politicians. Anyone remember John Kerry’s running mate, John Edwards? Or former Senator John Ensign, Republican from Nevada? Or…or…or…all the rest that embarrassed themselves and everyone who voted for them?

The profession of politics calls for the moral flexibility of a contortionist. Former President Harry Truman said it best, "My choice early in life was either to be a piano player in a whorehouse or a politician. And to tell the truth, there's hardly any difference."

Damn good article, though I think all politicians are crooks, period. Perhaps I'm cynical, but I have yet to see one that wouldn't sell his own mother to Satan to get elected.

One small correction; I hope you don't mind: It's spelled sheiks, not schieks - I'm an old schmuck and a stickler for spelling.

In the 2008 campaign, we said that Dr. Paul's ideas and the issues he speaks about will be in the forefront of the dialogue for 2012. We were right then and he is correct to bring them up now.

His ideas are so bold as to elicit scorn even from those who purport to be conservative. He will probably be dismissed again, but there are enough beginning to listen and heed his advice, that a turn-about for our Country is in our future.

Having known a number of politicians myself reasonably well, believe nothing that they, most any of them, say, is my studied opinion.

It is all about either getting elected or getting re-elected.

I, when I was young and naive, complained that politicians didn't fulfill campaign promises. Now I am greatly frightened they might fulfill those hugely damaging promises.

Repugnants typically say that they have "family values", so they suffer at the polls when a scandal is revealed. democRATS promise no such thing, so their sexual excesses and other antics are ignored.

Ronald Reagan was a fine man himself, and a fine president.

I liked "Ike" but although I served in the USAF with him as CIC, wasn't quite old enough (by a few months)to vote for him in 1956.

@Conway: Thanks for spotting the spelling error. Now corrected. I am surprised Spell-Check did not.

The only objective in the 2012 election is to rid the whitehouse of the incompetent, arrogant, Marxist moron and his tribe. There should be no other agenda or motive, least of all, for candidates to run for personal gain like ginning up publicity to sell books and other parapheralia. I only hope the Republicans contemplating whether or not to run are honest with themselves in deciding if they can beat Obama or not. If they don't seriously have a chance, and deep down they know it, they need to keep their noses out. We don't need spoilers or whackos in the hunt who will do nothing more than split or dilute the Republican vote and drive enough independents to stay away so that Obama coasts in by default. All we've had for a number of elections now is the lesser of two evils. I'd like to vote for a real patriot for a change, but, alas, it looks like more of the same awaits us.

I hope you're right about Obama being defeated in 2012.

Of course, you do understand that if your stalwart Republican governor gets elected, it may be tantamount to Lincoln being elected in 1860?

The Left will see such a president - especially if he has a Republican majority Congress at his back - as an illegal "counter-revolution" that will sweep them out of political power.

In 1860 and early 1861, the Southern ruling class, when faced with certain replacement as the America's leaders, led a rebellion that ended four years later with massive loss of life and the physical destruction of half the country.

Will history repeat itself?

@Ronbo: I disagree with your basic premise regarding the Civil War and present times. I do not see a revolution on the horizon. There's way too much political apathy for that.

I do not see a revolution on the horizon. There's way too much political apathy for that.

Apathy will be the death of America!

@Fred: I would like to reply to your comment, but I am feeling too apathetic at the moment. Perhaps after my nap?

I get into this argument quite often. No matter what I say to promote a possible candidate I get the entire list of everything they have said or done that might not fall into moral or popular boundaries.

While most of the people I talk to can not seem to give me any examples of why they dislike these politicians, I try to explain that no one is perfect. The point is to find the politician that best defines your point of view (by record, not media bias) and take that to the ballot box.

While it would be nice to find a saint that could maintain "sainthood" in the oval office, I would not recommend holding your breath.

Alan, I've learned to wince when someone says something such as, "Americans don't elect . . ." It typically means we're about to learn an exception to the rule.

There have been just 44 presidents, and there are no strong statistical inferences to be drawn, other than perhaps that the taller candidate usually wins.

The mainstream media are holding their fire, waiting for candidates to emerge whom they can destroy. Rather than finding someone whom the media will not want to fire upon, I'm wanting someone who can withstand the fire. I'm thinking of a candidate you don't much like.

I am disappointed to read your derisive comment referring to Rep. Ron Paul as a "Circus Sideshow". How is a constant vigorous defense of the US Constitution a sideshow? If you truly value the views you express in your regular columns, Rep. Paul's actions should be praised and not ridiculed.

@James: Sorry to disappoint you. I like Rep. Paul's defense of the Constitution, but his positions on a wide range of other topics are a problem for me.