A Balanced Budget Amendment is No Panacea 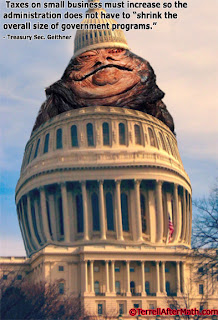 As this is being written, early Sunday evening, the House has passed Speaker Boehner’s legislation, rejected on arrival in the Senate, and the Senate has rejected Majority Leader Harry Reid’s!

While the details of how much spending is to be cut are being negotiated, the sticking point is the insistence by some on a “balanced budget” amendment to the Constitution and that is likely the cause of this pathetic spectacle.

J. R. Kearl is a professor of economics in Provo, Utah. He has good academic credentials and, more importantly, he possesses a fair amount of common sense. In a July 19 opinion that appeared in the Deseret News, Prof. Kearl warned that “the balanced budget amendment now being touted by proponents is silent on distinctions between operating and capital expenditures, silent on distinctions between on-budget and off-budget expenditures, and silent on mandated expenditures.”

Those of us who lack degrees in economics may not be familiar with these terms, but they are crucial to how states—even those with balanced budget requirements—conduct the business of governance.

“Many states and local government have balanced budget laws, but they apply only to ‘operating expenditures’ and not ‘capital expenditures’ used to fund, for example, infrastructure and buildings,” wrote Prof. Kearl. “A balanced budget amendment that does not make this distinction rules out this option at the federal level.”

To write such an amendment would require language nearly as long as whole sections of the Constitution. It is impractical and unwise, particularly in the event of a war. It is not needed.

What the U.S. needs is a realistic budget that constrains the way its seemingly endless departments and agencies throw public funds at politically-driven pet projects, the “earmarks” we have heard so much about, and the conduct of functions that would work better if privatized.

As the Constitution defines this, it is “to pay the debts and provide for the common defense and general welfare of the United States…” Towards this end, the Constitution empowers the Congress to “regulate commerce with foreign nations, and among the several states, and with Indian tribes” among a number of enumerated duties of the federal government; read Article I, Section 8.

The United States does not need a balanced budget amendment. It needs to stop borrowing and spending money in stupid, wasteful ways. An amendment would only encourage a future Congress to create all manner of agencies and means to get around it and you can be very sure it would.

“In short,” says Prof. Kearl, “it is at best poorly written and incomplete, and at worst naïve and ill conceived.”

If a balanced budget amendment is the issue that is keeping the two houses of Congress from coming to an agreement to raise the debt ceiling, it is a very bad idea that ignores the nation’s obligation to pay its bills.

Cutting spending is the real issue facing a Congress so divided in ideology that even getting an agreement on that will be a major achievement. It is unrealistic to suddenly decide the nation should not borrow what it needs to meet its obligations. All nations borrow all the time.

There would have been no America if the Continental Congress had not borrowed from France to conduct the Revolution.

And this is hardly the first financial crisis in the history of the United States. We have been through a lot of them and, to our credit, have striven mightily to regulate our banks and other financial institutions that have too often failed us.

The present crisis reflects the way that, from 2000 on, we have been poorly served by those regulatory agencies and even by the ratings organizations, Moody’s and Standard & Poor’s, who sanctioned all manner of hocus-pocus financial instruments.

We are in this mess because both the federal government and individual Americans went on a borrowing and spending binge over the past ten years or so believing that the value of housing in America would always increase.

As they say in New Orleans, laissez le bon temps roulez, let the good times roll. Well, the good times are over until we get our house in order. To do that, the federal government will need to borrow enough to pay its bills.

After that, we need to elect legislators like Paul Ryan and others who will take a chain saw to the present federal government to reduce its size and its role in the economic life of the nation.

Too many feckless decisions have been made for too long by people who frequently came from or benefited from the very source of the problems we have. There are many entities to blame, but let’s get beyond the blame game long enough to pay our bills.

Capitalism is messy and risky, but it is still the best economic system ever devised. Diluting it with a lot of “social justice” programs as the U.S. has been doing since the Great Depression of the 1930s, has brought us to this point.

The least we can expect from Congress is to act swiftly and pragmatically at this point. Those calling each other schoolyard names should not be invited back to govern.

Labels: US Congress, US Constitution, US Debt

Interesting article. I hope there will be more conversation on this subject. I have had misgivings myself, but I am not well enough informed to know what to think for sure.

We have a two year budget in Ohio. We also have a balanced budget amendment in Ohio. But the Strickland administration ran a deficit anyway. How can that happen? I still don't understand it, but the fact of the matter they ran out of money....and that was after the federal government gave them 30 billion dollars as I recall....and they still had an 8 billion dollar deficit.

Kasich has at least presented a balanced budget without the 30 billion from the national treasury. Which means he fixed a 38 billion dollar shortfall….based on the previous budget figures.

My conclusion! If the wrong people are in charge it doesn’t matter what the rules are.

Alan, unfortunately all that has happened this weekend is another band aid. Congress and the President have simply kicked the can down the road again past the 2012 election so somebody else can deal with it. Course corrections are easy to make when done with ample time. Our leaders have waited so long that whatever corrections are made now are going to be painful.

This current bill corrects nothing. There are no reductions in government. They have approved 2.4 trillion in additional spending through 2012 and have proposed 'cuts' of 1.3 trillion over 10 years with nothing binding upon future congresses.

The 1974 Congressional Budget Act passed by a democrat congress and signed by Richard Nixon (probably because there were no votes to override a veto) started us careening down the slippery slope. Through its provision of 'base line budgeting' the growth and expansion of the federal government at 7-8% per year is literally guaranteed.

All the talk about cutting and reining in spending this weekend was just that, cheap talk. It accomplished nothing except for the government to continue the process. The guaranteed growth of spending over the next 10 years thanks to base line budgeting is $9 trillion. If spending were capped and frozen at current levels for the next ten years, the CBO would say spending was cut by $9 trillion over 10 years when we haven't cut anything at all. All we would have done was stopped the increase in spending. That's where we are at and until something is done about base line budgeting, the country is a risk of bankrupting itself.

You are right that we need to elect more Paul Ryan types and let them take a chain saw to the government, but you now see it is they who are being villified and counted as having gone to the 'dark side' by one of the most reprehensible people on the face of the earth, Nancy 'Wicked Witch of the West' Pelosi who has absolutely no room to talk about compromisng with the other side of the aisle.

Will, you have a good point. We're at the point where there's NO WAY the problem can be solved within any four year term, so it's highly unlikely that ANY President or administration would ever survive doing it. Therefore, the chances of anyone even trying have become nil. We're in deep, with no foreseeable way out now ...