The Turning Point for "Entitlement" Programs 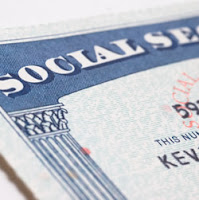 The result of all the drama emanating from Capitol Hill and the White House has been to get a lot of people wondering about the sustainability of Social Security and Medicare/Medicaid.

Both Democrats and Republicans agree that the “debt ceiling”, the limit on how much the federal government is permitted to borrow, must be raised. It is essentially an accounting fiction because, since 1960, it has been raised 78 times; 49 times by Republican presidents and 29 times by Democrat presidents.

What makes it an issue now? $14.3 trillion dollars worth of U.S. debt.

It is not just the size of this debt, probably the greatest that any nation has ever owed in history, it is that it was initially due to a financial rescue program in 2008 when President Bush and Congress sought to avoid a collapse of Wall Street and banks. The TARP funds were eventually repaid.

Part of the current debt is due to massive spending programs by the Obama administration, allegedly to “create or save” jobs and “stimulate” the economy. They did neither.

The Obama spending programs were, in essense, Democrat slush funds parceled out to the party’s faithful to ensure that teachers and other public service workers would be retained, that General Motors and Chrysler could avoid the normal bankruptcy procedures that would have restructured both companies—and likely reduce union power, and that favored contractors could receive funding for “shovel ready projects.”

A long term, on-going problem has been the current and future debt is attributed to meeting the obligations of Social Security, introduced in 1935 by President Franklin D. Roosevelt, and to the high costs of Medicare and Medicaid. The latter became law on July 30, 1965 as an amendment to the existing Social Security legislation.

In sum, both programs reflect the Democratic Party’s commitment to “social justice” (wealth redistribution) that began in the early part of the last century. Republicans were not immune to this. President George W. Bush added to the costs of Medicare with prescription coverage.

The battle on Capital Hill is between the Democrats, led by President Obama, who wants to raise taxes in the midst of what is called a recession but is truly a Depression 2.0. Raising taxes is what President Roosevelt did and it simply prolonged the Great Depression by sucking money out of the free market economy.

On the other side of the non-negotiating table are the Republicans who, thanks to the Tea Party members of the House, have been forced to reclaim their reputation as a party devoted to limited government and prudent fiscal policies.

It is assumed by all that the debt ceiling with be lifted. It is unknown whether the nation’s credit rating of AAA will be reduced as the result of a failure to substantially cut spending and, far more importantly, meet its obligation to repay its debt. Indeed, the central issue is all about credit.

A nation that must borrow billions every day to meet its obligations cannot afford to lose a rating that is rooted in the very beginning of its history when Alexander Hamilton, the first Secretary of the Treasury, insisted that all Revolutionary War debts be paid in full.

Social Security is the largest government benefit program in the world. It represents more than 20% of the federal budget and, together with Medicare/Medicaid, they accounted for 53% of total federal outlays in Fiscal Year 2008, with net interest payments accounting for an additional 8.5%.

Here’s the rub. At the time that Social Security was created, somewhere between 10 and 14 workers were paying into the system for every recipient receiving a check. By 2010, the ratio was about 3 workers paying in for 1 taking out.

President Roosevelt promised that Social Security would be self-sustaining and that its benefits “should not come from the proceeds of general taxation.” In practice, although a “trust fund” was set up, every dollar contributed to Social Security has gone into the general revenue fund and has been spent by Congress in any manner it saw fit.

In 1935 no one expected that Americans would routinely be living into their seventies, eighties, and nineties. The age at which recipients could begin to draw benefits was 65 and that coincided with the average lifespan nearly 80 years ago. Today, men on average live to age 78 and woman outlive them by a wide margin.

In the same fashion that the House has voted to repeal Obamacare and 26 States have joined together to argue in court that it is unconstitutional, Social Security and Medicare/Medicaid have arrived at a moment in time, a turning point, when both must be dismantled—assuming of course that the Congress and White House manage to avoid a financial catastrophe for all Americans.

Ya know, just thinkin' here, but maybe Social Security needs to examine the accounts of those receiving payments, take a look at real eligibility and qualifications for actual NEED...

Not that *some* folks would scam the system...

Then look at welfare and food stamps... No more FREE RIDE just because some woman can spit out a fresh brat every 9 months or because some scam artist can fake a limp when he goes in for review...

The savings could be phenomenal...

@Fred: You may be confusing welfare programs with Social Security which is based on payment into by recipients. I think any revision would have to "grandfather" in old coots like me and others to ensure we get our promised benefits. Others could be means tested, etc. In the end, SS has to be phased out in my opinion.

Agreed, SS needs to be phased out but tons of money could be saved if they just tightened up on the scammers...

And welfare could save money too, and I realize they are different programs, I am on Social Security disability too...

ALL government programs, federal and state, are shot through with mismanagement, waste and corruption..

If there was some way to hold all of these people, from the top in DC to the recipients in our neighborhoods accountable, I really do believe we'd save so much money that SS could easily survive, if only it were used for it's true intent...

I have arranged my house payment to be equal to my SS payment. I tried to get out of the program as a combat pilot and pastor, but did not qualify. I do not feel bad that I am getting some return on all that I paid in over thirty + years of contributing by force of government.

If it's going to be phased out, the people who've paid any money in had better get every dime of their money back - with interest.

As far as the debt is concerned, when the entire US debt was the equivalent of a week's salary on a young man's credit card, an occasional credit line increase was no big deal. When we started letting them put our entire annual budget on credit cards, the situation changed.

They've maxed out the first credit card, gotten twenty more, and maxed them all out too. It's the kind of mistake you'd expect from an immature twenty year old, not from professional economists and public servants.

Now, it's time to pay the piper. Asking our creditors for permission to open up yet ANOTHER credit card is not just foolish and irrational, it should be illegal.

Our government regulates consumer credit and restricts citizens from assuming excessive debt from predatory lenders. Why aren't they responsible enough to apply those same principles and restrictions to our federal borrowing ...?

They act as if the perils of excessive debt that we face as citizens don't exist in their world. What a bunch of traitors ...

I believe these discussions on reform of Social Security and other Entitlement programs have become moot, and like the old Soviet Union in 1989, the old United States is about to go belly up for many of the same reasons in the next few years.

However, I do not expect the USA to disappear like the old USSR, but I do expect the new republic to be much more lean and leave the welfare thing and business regulation to the various states.

In the mean time - buy gold and lots of ammunition - It's going to be one hellva a wild ride down Space Mountain!

I'm from the old school I guess, where a deal is a deal. Doesn't the 'full faith and confidence of the United States Government' extend to its citizens who also are creditors? I've paid into this system for nearly 45 years 'loaning' the government my hard earned money on the promise that it would be paid back to me when I finally retired.

I have no problem revising the system and even phasing it out over a generation, but young kids going to work today are still being given the promise.

If SS is to be phased out, they shold stop collecting money today from the young people just starting work and let them invest that money somewhere else. Pay those who have been promised under the flag of 'full faith and confidence in the US Government' by making deep cuts in other social programs and, yes, defense is going to have to take a hit also.

All the crap that was added to SS over the years hasn't helped the sitation...survivor benefits, disability income, medicare/medicaid. I heard somewhere that Johnny Carson's 3 ex-wives are all collecting SS under his account. Johnny Carson collecting social security??? And his 3 ex-wives??? Is that the height of lunacy or what?

Will, as Alan stated, payouts from OUR Social Security TRUST FUND are (or at least should be) based on whether you've paid money in to the trust or not. Your financial status when you retire should have nothing to do with it. Just because someone doesn't NEED the money at retirement time doesn't mean they shouldn't get it back.

Everyone knows about it. I am really confusing about welfare programs.