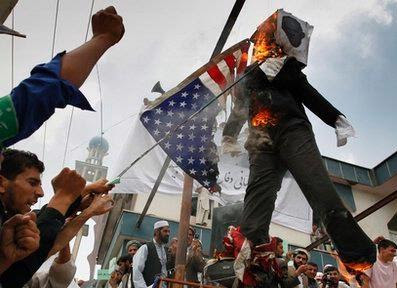 I will leave it to the historians to pinpoint when President Obama began to lose the 2012 election, but I think it occurred on June 4, 2009 when he gave a speech at Cairo University as part of his now-famed “apology tour” of the Middle East.

At the time he said, “We meet at a time of great tension between the United States and Muslims around the world—tension rooted in historical forces that go beyond any current policy debate…More recently, tension has been fed by colonialism that denied rights and opportunities to many Muslims, and a cold war in which Muslim-majority countries were often treated as proxies without regard to their own aspirations.”

To Obama the “tensions” were the result of “colonialism” despite the fact that most Arab nations in World War II sided with the Nazi regime or that they have always been ruled by a succession of despots, several of whom were deposed in 2011. According to Obama, “the Cold War” with the then-Soviet Union that began shortly after World War II and subsequently aided its downfall was another reason why Muslims hate America.

In Cairo that day, Obama thrice referred to the “holy Koran” while referring to “civilization’s debt to Islam”, saying “I consider it part of my responsibility as president of the United States to fight against negative stereotypes of Islam wherever they appear.”

Those “stereotypes” were reinforced in Afghanistan after riots broke out after the perfectly reasonable destruction of Korans that that been damaged, a practice common to Islam. This was followed by rioting in the streets of Kabul, the shooting of an American colonel and major inside the Afghan Ministry of Interior and, as the Feb 27 edition of The Wall Street Journal noted, “Ten of the 58 U.S.-led coalition soldiers who died this year have been killed by their Afghan comrades in arms.”

In June 2009, Obama said, “In Ankara (Turkey), I made clear that America is not—and never will be—at war with Islam.” This clueless president who claimed to be “a student of history” is deliberately ignorant of the fact that Islam, since its inception, has been at war with all other nations and religions. When it swept through the Middle East in its earliest years, it all but destroyed Christianity there and, when it conquered Jerusalem, it built a mosque over one of the most sacred places of Judaism, the Temple Mount.

He promised to “invest $1.5 billion each year over the next five years to partner with Pakistan to build schools and hospitals, roads and businesses…that’s why we are providing more than $2.8 billion to help Afghans develop their economy and deliver services that people depend on.”

In that Cairo speech he said, “I have ordered the prison at Guantanamo Bay closed by early next year.” His administration wanted to afford the man who planned 9/11 a civil trial in the heart of Manhattan, replete with all the protection afforded by the U.S. Constitution. He did not close Gitmo and the trial was not held after its prospect evoked widespread protest.

Obama said, “No system of government can or should be imposed by one nation by any other” and, in 2011 the citizens of Tunisia, Libya, Egypt, and Yemen rose up to overthrown their own governments—dictatorships—while the citizens of Syria are doing that today. When Iranians filled the streets of Tehran in 2009 to protest their own dictatorship, he said that the United States “should not meddle” in their affairs, depriving them of even a word of encouragement.

Three years ago, Obama was convinced that America’s reputation had been harmed by its vigorous response to 9/11 in Afghanistan and the decision to depose Iraq’s dictator, Saddam Hussein.

His apology to the government of Afghanistan is an abomination.

The fact is that Islam, particularly in the Middle East, is the enemy of democracy in the West and everywhere else it exists. It is tyranny personified. It is the reason why the Middle East has lagged so far behind the rest of the world. It is the reason why military forces are massed around an Iran that threatens to set off a cataclysm when it acquires nuclear weapons.

The U.S. and NATO forces will leave Afghanistan and it will return to its barbaric, seventh century roots. The U.S. and coalition forces have left Iraq and it will return to its ancient schism and conflict between Sunni and Shiite populations everywhere. We tried to drag these nations into the twenty-first century and we failed, but at least we tried.

We are standing aside while Syria’s dictator slaughters his own people. We will likely see the Jordanian king overthrown and we have witnessed 64 years of unrelenting assaults by the so-called Palestinians on Israel, our only true ally in the Middle East.

This President, however, knows nothing of history and has signaled in many ways his partiality to the “religion of peace” that has attacked America and is filling the streets of Muslim-majority nations with the blood of innocent victims.

America does not need his apologies. America needs to regain the leadership it has earned by opposing despotism throughout its history.

Great read, Alan. Thank you for all you do!

PS- Here's an apology from Kira Ayn Davis that is worth hearing:
My Apology to President Karzai on Behalf of Americans
http://www.youtube.com/watch?v=ZYEctbGSkkw

And now, the White House is refusing to disclose the contents of Obama's apology letter to the American public. If the people of this country re-elect this pathetic excuse for a President, they deserve everything they get ...

How many Korans have been destroyed by Muslims during their suicide bombings? How many Bibles have been destroyed by Muslims? Yet Obama apologises to the Muslims once again. He is a disgrace. No wonder the ME has become so unstable with such a wussy pants in the White House. They wouldn't have dared under Bush. They look at America today and laugh at what's controlling the country. Too easy.

The fact of the matter is that Islam is dying and has decided to take Western Civilization to the grave with it.

This attempt will fail, but not before the dying Islamic culture plunges the world into brutal global conflict lasting decades.

That's because Obambam is one of them...

Meanwhile, Obama continues to jump on every opportunity to reinforce the negative stereotypes of regular Americans ... bitter clingers, NASCAR rednecks, Tea Party racists ... the list goes on and on. I keep thinking this is just a bad dream, and that soon, people will wake up and realize that they've put a traitor in the White House, but I see very few signs of that happening.

You have to wonder ... Just how many people have been paying attention, and do they recognize that electing Obama was a serious mistake? Or do the ignorant, self-serving people who elected Obama still outnumber us, and will they vote to reelect him in November despite his obvious contempt for regular Americans?

I sure hope not it's not the latter...

As of now, Obama is refusing to feed our troops adequately to fight, and is about to substantially increase the cost of health care for families of our armed forces.

I would have to say that the above are acts of treason.

Truly and wonderfully put. I really hope November sees the end of Obamanation.