The Looney Tunes Version of the GOP Campaigns

I have begun to think of the Republican campaign as a series of Looney Tunes cartoons being replayed again and again. They are filled with a combination of laughs and the fantastical, self-defeating violence of Wily Coyote trying to catch the Roadrunner

As the primary season moves along, I sometimes think that far too many Republicans have temporarily lost their minds. Three years of Barack Obama will do that to you.

My response to the campaign thus far may have something to do with the fact that, like Reagan and others, I was once a Democrat and, to borrow a phrase from Paul, First Corinthians, “When I was a child, I spoke as a child, I understood as a child, I thought as a child; but when I became a man, I put away childish things.”

These days, a lot of Republicans sound like a kid who sent Santa a list of toys he wanted and, even though he got most of them, he feels compelled to write and ask why he didn’t get all of them.

Granted that Republicans don’t have the most scintillating field of candidates, but most, including Donald Trump, have concluded that a guy that made millions as a successful venture capitalist, gave a couple of million away in charity just last year, has been a Governor, and hasn’t had a single hint of scandal in his life, might not be such a bad choice. 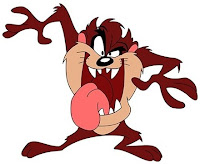 His opponents at this point include a guy who wants to start a Moon colony, is married to his third wife, left the Speaker’s position under a cloud of ethics impropriety, is given to saying genuinely bizarre and extremely nasty things with regularity, and would make the pathological narcissist in the White House look like a Boy Scout.

Another opponent—one whom nobody including himself—thinks could get elected seems to be in the race for the purpose of having one last hurrah, beating the drum for a few good ideas and a lot of really bad ones. Ron Paul has been in Congress since shortly after the last Ice Age ended and has sponsored only one bill that passed.

And, finally, there is Rick Santorum who is so infused with religious commitment that he reminds me of someone who was touted in a similar fashion, a former Sunday school teacher named Jimmy Carter. All the religion in the world cannot substitute for the steely-eyed realism a President requires in a world filled with evil counterparts.

It’s the voters, however, about whom I worry. New Hampshire was expected to endorse Romney, but in South Carolina Republicans there gave the nod to Gingrich. The Floridians came through with the unmistakable choice, based I am inclined to think on the many older and wiser citizens that live there though, in fact, he won all the demographic groups.

Ron Paul may be mildly amusing to some, but he cannot win. Santorum is a nice guy and, as the saying goes, nice guys finish last. And Newt Gingrich is like one of the Loony Tunes characters, the Tasmanian devil, going around wrecking the place and throwing bombshells that do nothing to advance the Republican and/or conservative agenda.

Too many Republicans appear to be waiting for a candidate who is perfection in every respect, political and personal, and in the real world few fit that description. America has had its shot at electing a “messiah” and it has turned out very badly.

As the rest of the primaries unwind, I anticipate that Mitt Romney will emerge as the party’s choice. I also expect a lot of pure nonsense about his being a Mormon, about the fact that he has not always hewed perfectly to conservative principles, and that he has—God forbid—actually changed his mind more than once or twice in the past.

Lost in all this blather is the fact that he is ideally prepared for the toughest job in the world and appears to have both feet planted firmly on the ground. I actually like the idea that he occasionally misspeaks, admits it, and then apologizes. 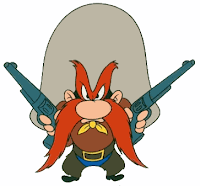 I hope that between now and the convention in Tampa, Republicans will regain their senses, their optimism, and their fighting spirit.

Rolling over for the worst President of the modern era because our candidate is not “perfect” is not an option.

Voting for a third party candidate is not an option.

Staying home on Election Day because “your guy” didn’t get the nomination is not an option.

The Republican compass has to point in only one direction and that is the resounding defeat of Barack Obama.

We've had a lot of serial adulterers before, I don't want another. I don't give a hoot about a Mormon being president provided he knows how to lead and will deal with the issues which plague our Nation. He needs to leave his specific Mormon practices in Salt Lake.
The muslim fanboy we now have as president has acted shamefully, he is an empty suit and simply wants to be president, not act like a president. (I read that last somewhere, but I cannot give attribution - sorry)
The best have stayed at home. :-(

Well said. Maybe your post will clear the air for many. Not 100% for MR, but your evaluation of today's choice seems fairly concise to me. I knew lots of folks who didn't like either choice last time and didn't vote for either party's offering. Couldn't convince them that their action was actually voting for whichever one won. I then refused any "woe is me" conversations after the popularity contest was over. Thanks for the column I never miss.

Thank you, gentlemen. We are in signficant agreement.

Alan, Romney will be the GOPs nominee and the sooner the others fall out the better. However, I would like to take you up on a few things you've said about Newt. Firstly, Newt left 2 years after the set-up by the Dems regarding Ethics violations - which were subsequently dismissed. The Dems brought these against Newt because he was so successful in pushing them to the centre and bringing in so many Republican reforms. If you are going to tarnish the man then I think the facts need to be noted. Secondly, why is going to the moon again so insane? Kennedy said in 1961 that within the decade the USA would go to the moon. Everyone fell out of the chairs laughing. But he inspired people to study maths and physics and what do you know, in 1969 the USA went to the moon. What is so crazy about giving people something to hope and dream about? Give them the vision and they will follow. Yes, money is a problem, but when has it never been? I would rather Newt pump money into NASA than handing it out as candy to every country with a sob story in the form of economic aid. Keep it in America. His first wife asked him for a divorce and the second doesn't look very stable, so what if he's on wife number 3? He, gosh, changed his mind, something you’ve let Romney get away with it seems. Sometimes these things don't work out. You shouldn't hold that against him as you are easy to forgive Mitt voting Democrat every chance he got before suddenly becoming a Republican (Newt, by the way, was always a conservative and fighting with Reagan in the trenches whilst Romney was backing the Dems); forgiving him for being a liberal and forgetting his so-called Christian morals by smearing his fellow candidates with nasty untrue attack ads. That is what is leaving a bitter taste in people's mouths. In any case, let Romney win and my bet is that he will lose against Obama as there isn’t daylight between the two. Newt is finished as Romney has done his job well. Last time around both McCain and Huckerbee lamented how Romney lied about them, yet today they support him. It makes no sense that the GOP has backed this phony plastic man. Good luck to America. I sincerely hope he does become the President for America's sake.

As a Radical Republican and Revolutionist - one of millions, whether or not they care to admit it at this point in the civil war or not - No candidate to the Left of honest Abe Lincoln would be acceptable to us.

Of course, we will throw all our support behind Romney if he wins the GOP nomination, as appears likely.

However, those of the Republican elite and their media supporters should know that our goal is to purge the Republican Party ranks of the eastern Belt Way Nationalists - the reactionary conservative establishment - who differ very little from the ruling class Democommies.

So go right ahead and laugh, as the Tea Party Party Patriots slowly but surely, eats the GOP alive from inside.

In cyberspace everyone can hear you scream.

P.S. Romney will lose against Obama.

@Ronbo: I can see no scenario in which Obama wins. He is losing his own base and has actually united Republicans behind Romney.

Remember the Carter-Reagan election. That will be repeated in November.

BTW, I am a regular contributor to the Tea Party Nation website.

One thing for sure. I won't be casting my vote for either a third party candidate, nor for Obama.

I personally think that it is far too late for any Republican to turn around the huge financial problems we find ourselves in, or to even make a dent in this nation's huge national debt.

I see sabers being rattled across the globe, and there are 2 nations in Europe which have been forced to accept economic fascism. There are already signs of an arms buildup in Europe.

I'm sorry if I implied that you were less than loyal to the ideals of the American Revolution, or that you have good reasons for supporting Romney.

The major problem with the Patriot Movement in this country is that far too many think of themselves as "conservatives" - reactionaries hanging on the dead past.

All true Americans are radicals and revolutionists at war with current Establishment that should be seeking ways to conquer and destroy, not to reform.

Yes, the Left plays a crappy game of revolution, but they are always on the march - any chess player can tell you that the attacker wins the game no matter who good the defensive player.

It is time for us rebels to get off the defensive and ruthlessly go for the throat of Establishment national socialism by all means fair and foul.

After all, it is WAR we wage against our fellow Leftist and Islamist countrymen - and all is fair in the civil war they started decades ago.