Why Pay to Read Lies? Newspapers in Decline 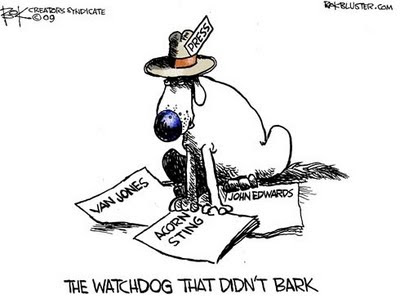 The job I loved most in my long career as a writer was as a journalist, first on weekly newspapers and then on a daily. I loved breaking news, the deadlines, and the thrill of seeing my words in print. Old enough to remember Linotype, I even would set pages with the newly minted metal strips of text.

The day The New York Times Jersey edition published a piece I wrote, I thought I had reached some magical place amongst my fellow journalists. What I had unknowingly reached was being published in a newspaper with a long history of printing lies and doing everything in its power to influence events through its news columns. That’s a no-no.

In a long career as a public relations counselor I have counted many reporters and editors among my friends and still do. I have been a member of the Society of Professional Journalists since the 1970s.

Sadly, journalism never did and probably still doesn’t pay salaries commensurate with the economy. So, in the words of Mae West, “I used to be Snow White, but I drifted.”

In 1984, I founded The National Anxiety Center as a clearinghouse for information about scare campaigns that were designed to influence public opinion and policy. My primary concern was all the lies being told by self-identified environmentalists. Simply stated, if some Green group tells you something, get a second and third opinion. They are lying.

The worst of it that the media has taken their lies at face value and continue to pass them along to a public that is easily fooled and easily scared. This is especially true of “official” sources such as the Environmental Protection Agency, the Department of Energy, and others. All governments lie to their citizens and ours is no exception.

The damage that Green lies do can get people killed. Since the publication of Rachel Carson’s “The Silent Spring” millions, particularly in Africa and subtropical nations have died from malaria because DDT was banned as the result of her book. Similarly, the least reported, but most current story is the deep freeze that has affected much of Europe and which has caused several hundred deaths.

Like a biblical punishment, newspapers are feeling the brunt of the changes the Internet has brought about. With search engines at our fingertips, anyone can research any topic of interest, often finding that what the daily newspaper or news magazine had to say about it is replete with omissions of critical facts or the deliberate dissemination of falsehoods.

Then there’s the way the newspapers and other news media tend to focus on stories like the death and funeral of Whitney Houston or some local tragedy that briefly attracts national attention. Wars are usually reported in terms of casualties. Political campaigns are reduced to horse races. Religious and moral issues barely tolerated.

Almost anything published about Islam must be read through the thin gauze of political correctness that ignores the menace of Islam to those living in Muslim nations and in nations where they gain a population foothold. It is a religion that sanctions stoning women to death, decapitating “infidels”, and even sending children into mine fields to clear them. It is pure barbarism and has zero tolerance for freedom of speech, the press, other religions, or independent thought.

All of this has much to do with the decline of newspapers nationwide. In January, on the website of Editor& Publisher, Alan D. Mutter, a former editor who blogs at Newsosaur, wrote the “Daily Paper Going the Way of the Milkman.” That caught my eye because I am old enough to remember a horse-drawn milk wagon (it was during WWII) pulling up at the driveway of my home to make deliveries.

The thought that newspaper delivery will cease in many cities around the nation is disquieting, but circulation is plunging.

The result is that reductions of newsroom staffs, reporters and editors, have been surging, with jobs eliminated in 2011 reaching nearly 30% more than the prior year. There have been five years of revenue declines. One blogger, Erica Smith, who follows the trends, estimated that 3,775+ newspaper jobs were eliminated in 2011.

According to an annual survey by the American Society of News Editors, nearly one in three newsroom jobs have been eliminated since the number of journalists peaked at 56,900 in 1989. By the end of 2010, there were only 41,600 ink-stained wretches left on the industry’s payrolls.

Putting aside why advertisers are seeking greener pastures and platforms to sell their goods, let me suggest that an underlying and largely unexplored reason for the declines being felt throughout traditional print journalism outlets is that people simply do not want to pay for lies every day between the horoscope, the crossword puzzle, and the obituary page.

Lies? The print media and its broadcast counterpart fell totally in love with Barack Obama in 2008 and we ended up with a completely unknown and largely unvetted former Senator who hadn’t even served a full term there. People remember stuff like that.

They remember years of unmitigated lies about “global warming” when there wasn’t any threat at all.

They remember being told that coffee was bad for you followed by stories that coffee is good for you.

There are many factors at play in the decline of newspapers, but I think one factor is the general disenchantment with the product—the news—that too often tends to turn out to be false.

The decline of newspapers is one of the few things that give me hope. They truly are paying the price for their lies and their bias.

The first amendment was likely established with the print media in mind. The founders established 'freedom of the press' so that the journalistic hounds would sniff out political shysters and liars and expose them for what they were. The idea behind the first amendment was to allow open dialog and debate on political issues to keep the process honest, not to give some idiot the right to stand on a corner and spew hate speech or some publisher a 'right' to print pornography in the name of free speech. Unfortunately, this is what it has become and the initial intent is long gone since the press is now largely in bed with the liberal politicians.

The transition was subtle. We always thought that the editors and broadcasters leaned left, but it was hard to tell. Today, nothing is left to the imagination. The major news outlets are in proud lockstep with the democrat, progressive, and environmental agenda and miss no opportunity to hide or distort the truth with inuendo or non-disclosure especially when it comes to blasting the conservative point of view.

Years ago only certain newspapers had the dubious distinction of being known as 'rags'. Today the vast majority of them have earned and richly deserve the same distinction. I haven't picked one up in years because they offer nothing of interest. Only lies as you point out. From front page to back page, there is nothing but opinion, conjecture and allegation.

I don't feel sorry for the news organizations. They are reaping the harvest from the seeds they've sown. When one wallows in the slop with the swine the two soon become indistinguishable.

One can only hope the trend continues and that the broadcast news gets sucked down, too.

This Napolitano rant might be a harbinger of greater changes:

I can well remember when the news section was really about news, and editorializing was only on the editor's page with rebuttal on the "op-ed" page.

They have brought this on themselves to a large extent, but even if they weren’t the liars they are this trend would continue. The internet has changed everything. Having worked on a large metropolitan newspaper at the beginning of my working life I can honestly say that I am saddened by this trend. Local newspapers seem to have an effect on a community that simply can’t be duplicated with the internet. Perhaps what we need are local e-newspapers that devote themselves to their local community.