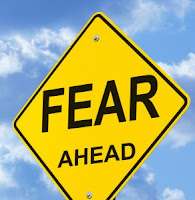 If my emails and the headlines I am reading indicate anything, there is widespread fear among Americans that something terrible has occurred with the reelection of President Obama. Not all Americans, though. Those who voted for Obama appear to remain oblivious despite the threat of a “fiscal cliff” or the new taxes in Obamacare that will kick in on January 2nd.


We have a Secretary of the Treasury, Timothy, Geithner, calling for an end to debt ceilings, apparently believing that America can continue to borrow money to pay for the interest on its escalating debt, now pegged at $16 trillion and growing daily. The U.S. borrows $4 billion a day. Anyone with a credit card knows that their payments increase as they struggle to deal with their personal debt. Eventually they either declare bankruptcy or turn to companies that negotiate a payment to release them.


If America was to default on its debt, the dollar, already in free fall, would be worth nothing. We would be bartering shiny beads and anything else to buy food and other necessaries. We would become Zimbabwe where you need a million of their dollars to buy a loaf of bread. 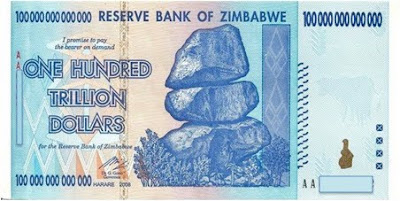 Writing recently on her Fox Business blog, Gerri Willis spelled out the huge rise in taxes Americans are facing. “All told, next year, total taxes will go to almost 50% for the middle class; the very group that the president says he wants to protect. That means 50 cents out of every dollar earned has to go to the government. Half of everything will go to an entity that didn't earn that money, and shouldn't be entitled to all that dough.”
What kind of madness is it that the Teamsters union would impose such senseless rules that it would weaken Hostess to the point of bankruptcy, preferring to let the company die rather than to protect the jobs of 18,500 bakers? Other unions are engaged in attacks on a weakened economy. What kind of nation is it that its government employees are lobbying Congress to not only increase their pay, but to exempt them from the impact of the spending cuts scheduled to kick in?


There is a full-scale attack on the privacy Americans have taken for granted, protected by the fourth Amendment that says “The right of the people to be secure in their persons, houses, papers, and effects, against unreasonable searches and seizures, shall not be violated…”


On November 14th, the Heritage Foundation asked “Do you trust the government with your computer?” The government has had “13 breaches and failures of its own cybersecurity just in the last six months.”  Even so, “the President and his allies in the Senate are pushing forward to regulate America’s cyber-doings, without any clues about how much this will cost or how it will work.”


“It has become the norm with this President—if Congress fails to accomplish his objectives, he goes around it with executive orders and federal regulations. He’s doing it again. Congress did not pass the Cybersecurity Act of 2012 before the election, so the President has issued a draft of an executive order to put much of that legislation in place without lawmakers voting.”


This is the very essence of tyranny and the President has had four years to perfect it. Are conservative think tanks the only ones paying any attention? It would appear so.


A new proposed law in the Senate would strip Americans of any privacy as they communicate with one another by email. A vote for the law would allow warrantless access to American’s email and is scheduled for a vote shortly. It would allow 22 federal agencies as well as state and local law enforcement to access one’s emails with nothing more than a subpoena. This is totally unconstitutional.


Already $16 trillion in debt, the government is looking for ways to take over the $3 trillion that is held in private retirement plans such as 401(k) plans and IRA’s. A recent hearing by the Treasury and Labor Departments addressed the nationalization of the nation’s pension system. The director of the National Senior’s Council, Robert Crone, warns “It is clear that this is the first step towards a government takeover. It feels just like the beginning of the debate over health care and we all know how that ended up.”


As we move closer to an Electoral College vote confirming Obama’s reelection, whistleblowers are coming forth in Ohio, Florida and elsewhere to reveal that significant voter fraud was a contributing factor, but it receives little or no media coverage. One must ask how 99% of votes in Philadelphia districts went to Obama and ask why nothing is being done to investigate this and other offenses such as the 141.1% of the vote recorded in Florida’s St. Lucie County. That is statistically impossible, but it robbed Rep. Allen West (R) of his seat in Congress.


This isn’t government. It is gangsterism. It is “the Chicago way.”


The monster Homeland Security Agency just graduated its first class of FEMA Corps, kids aged 18-24, recruited from the President’s Americorps volunteers, that will become a full time, paid standing army. Fears of FEMA camps abound and in the aftermath of Hurricane Sandy, people seeking shelter and food were herded into one that resembled a concentration camp of the Nazi regime and told not to use various means of communication to contact the media or outside community. They went from hurricane victims to prisoners of the government.


In so many ways, the freedoms protected by the U.S. Constitution are in danger of disappearing along with the separation of powers it requires.


Little wonder that citizen’s petitions from a growing number of states are called for secession. Or that governors are refusing to set up the Obamacare exchanges required by a law that has taken control of twenty percent of the nation’s economy; their budgets held hostage to Medicaid.


On an individual level, people who have jobs are fearful of losing them. College graduates are fearful of the huge debt they carry for the loans they received. People wonder if they can afford to get married. Married couples fear the cost of having another child. Homeowners fear not being able to pay their mortgages. Seniors fear that their savings won’t last as they live longer.


There is ample reason to fear not only the collapse of the nation’s economy, but the loss of liberty in America.

Obama in America and Morsi in Egypt seem to have a lot in common. Both are grabbing as much power as possible and a lot of people in both countries don't like it.

I wonder if you, Alan, and those of us who comment on Warning Signs are already on some government watch list. I expect Obama to soon go aggressively after our guns. You're right, there is a lot of fear out there these days.

I wonder, too, if I am on some watch list.

Obama and his cronies want to be able to monitor their enemies via their private emails and correspondence. The Liberals don't care about this - yet - as they know Obama won't be watching them. What they forget is that one day the pendulum will swing back and then watch them run around like headless chickens. Can you imagine if Bush had introduced this EO? Maybe Americans should protest outside the WH as the Egyptians are currently protesting and rioting in Cairo! Maybe then some of the brainless, clueless MSM will actually wake up and see what their hero is doing to their privacy...

Thank you for another well reasoned and fact based editorial on the steady march of the Obama Federal Government to totalitarianism!

The upside is like all such efforts to chain mankind to the prison wall, this campaign is doomed to failure either in the short term, or the long run.

The downside is that like the late Soviet Union, the Socialist monster may live for over 70 years before the inevitable collapse.

What can be done to stop the fall of night?

We are all at the mercy of events.

Speaking as one who has been on the Federal Watch List for many years - my humble opinion is that it's something one can get used to in time - and perhaps inspire one to write great Solzhenitsyn style GULAG books.

In fact, one positive upside is that when one travels about the country, friendly federal agents are always at the airport as a sort of Welcome Wagon, and are always willing to give one a free ride to the hotel.

I give high marks to the federal agents in San Diego, who were there in force to meet and greet me at the AMTRAK station and provided free transportation to my hotel.

Of course, when the mass oppression starts soon, I'm sure the Triple A service in regards to those on the Watch List will hit the skids, but as it stands today the service is still excellent.

Well said - what comes around, goes around.

In other words, if the Left destroys the U.S. Constitution, what's to prevent an Napoleonic type Fascist dictator from the destruction of the Left?

This was the main lesson of the French Revolution - when the radical Jacobins (Communists) made a real mess of the country it wasn't long until Bonaparte The Fascist took control and created a secret police force that ruthlessly purged the opposition Leftists.

It has long been said that Americans would never tolerate a Communist government for long, but they would find a Fascist regime acceptable.

@Alan - Don't wonder, assume you are on some watch list!

ALL Conservative bloggers are on a *watch list*, but I have NO FEAR... I can only be killed once, and *LIVE FREE OR DIE* still rings true for me..