A Nation in Need of Repair 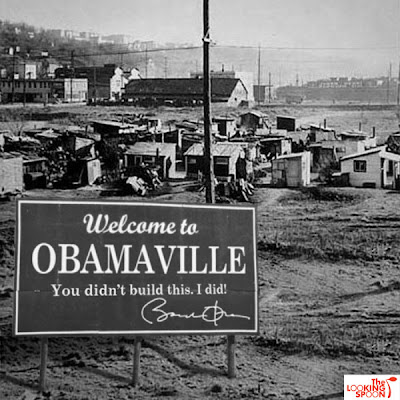 There is so much to repair in America that I cannot criticize those who despair that we shall ever return to the glory days when we were a respected superpower in the world. We were not perfect then, but we acted from the right motivation, our devotion to freedom and its spread around the world.

The enemies of freedom resisted in the days following the end of World War II, but the Soviet Union collapsed as must all socialist tyrannies sooner or later. They have been replaced by an even worse tyrannical enemy, Islam and are told it is only the extremists we should fear. No, we must fear and defeat any manifestation of this cult. It hates women. It hates freedom of religion, of thought, of choice. It is a prison from which some former Muslims escape, but we need to welcome more refugees.

Here at home, the roads are full of potholes, the bridges are aging and in need of repair, and too many Americans are without work. The government tells us unemployment is at 7%, but it is actually closer to 15% or more. The government so routinely lies to us we have grown accustomed to it.

The calculus of dependency keeps growing with the Democrats in control of the Senate and the White House. Millions on food stamps. Millions on disability. Millions who will need the Medicare they were promised only to learn it has been looted to pay for Obamacare. Millions who expect to receive their Social Security check only to discover it has been reduced in payment with no real explanation. And, if not reformed, both programs will be insolvent in a decade or so. Every day in America, 10,000 Baby Boomers join the ranks of the officially old.

And it is not only the old facing a grim future. Every day in our nation’s great cities, the children of the poor are robbed still more by an education system that provides no real education at all. They “graduate” too often without being able to read, though many drop out; a kind of protest against the shoddy goods the teacher’s unions and the Department of Education are providing.
It is in need of repair and the best first step is to shutter the DOE and return education to the states and communities where it was before Jimmy Carter let the federal government swallow it whole.

The cost of a college education has increased exponentially at the same time too many colleges and universities have become little more than human sausage factories, processing students through so long as they or their parents pay exorbitant tuitions. The cost of a Bachelor of Arts diploma is hardly worth the paper on which it is printed.

We could put thousands back to work just in the energy sector. America is the Saudi Arabia of coal and yet the Obama administration has done everything in it is power to destroy the coal industry; this despite the fact that it is an extraordinary cheap way to generate vast amounts of electricity. But then it is just as true that we now have access via “fracking” to billions of cubic feet of natural gas that is a bonanza. As for oil, were it not for privately owned land such as the case of North Dakota and the Bakken reserves, the U.S. could be driving, using, and exporting billions of barrels of oil. The administration’s refusal to allow the Keystone XL pipeline to be built is criminal.

The Obama administration has wasted billions on “investments” in “clean energy” and the losses continue to mount. Even the Greens have turned against the ethanol mandate that drives up the cost of corn which is turned into moonshine, mixed with gasoline, and threatens to damage the engines of all the cars in the nation. Ethanol also drives up the costs of all foods by diverting corn to its production instead of the thousands of other uses for it. It is a stupid policy but only one of many in need of repeal.

When we look around and see closed shops, empty factories, and other signs of a failing economy; one growing far too slowly, we know something is wrong and maybe wonder what it is.

It is the deliberate outcome of the kind of socialist “transformation” that has been imposed on Americans by a President and a government that cannot and will not tell us the truth. When truth dies, everything else does in its wake. In the former Soviet Union they had a saying, “They pretend to pay us and we pretend to work.”

America is in peril because it is led by socialists imposing their failed economic theories on more than half of us who self-identify as conservatives. We need to organize and take back the government from them. We need to stop nipping at the shirt tails of the GOP and ask at the local and state level, what can we do to participate?

We need to repair America. We only have between now and the midterm elections in 2014 to begin to do that. We have twenty Republican Governors. We need a majority in the Senate. We need to expand control of the House.

We need to make Barack Hussein Obama the biggest lame duck ever seen.

Excellent post. I too believe that if we do not correct our path, economically AND politically, VERY soon, America will slip away into mediocrity.

Thanks, Dale. It's nice to know someone else is paying attention. Most of the folks who visit muy blog do.

I was about to post something very similar to what I see Dale has already posted. Excellent analysis Alan, though depressing.

The question then becomes: what can we do at this point, if anything, to at least ameliorate the damage? It may seem impossible to recover from a $16 trillion debt, but it will most *certainly* be impossible to recover from a $50 trillion debt -- which is where we'll end up all too soon if we're not careful. And at some point Daddy will cut off the credit cards and then we'll be in real trouble.

Your point here: "The government so routinely lies to us we have grown accustomed to it." is all too true. See how Meredith Viera reacted to an incredibly blatant and outright lie from President Obama on her Today Show a few years ago:

Michael, I concluded long ago that Obama lies because he enjoys it. It's like sex to him. He is deranged.

He lies because he always gets away with it. This emboldens him to lie more & more. He can do ANYTHING he wants if he is not stopped.

Alan, the surprise in the case of the tax lie didn't lie so much in its existence as it did in both its magnitude AND the fact that such a blatantly obvious and known falsehood didn't merit even the blink of an eye from a national journalist. Can you imagine if George Bush had been interviewed, and interrupted Vieira at some point to categorically state, "We have no prisoners being held at Guantanamo!"

There would have been hell to pay, and yet it really wouldn't have been much different.

We are on the brink of yet another surge in oil production. When it happens, there will be fees to pay the government for licenses, and O will reap the benefits in payoffs for those licenses. There are many articles about this out there. One stated that each time there was a surge in wealth like this, the sitting President got the benefit from it.

I just shared this on G+ Actually posted the link. Great article. Thank you.