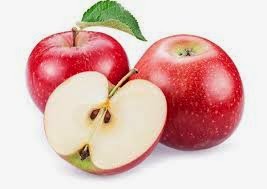 
They don’t want to admit it, but we know it’s true. There are countless organizations that hate humanity enough to do everything in their power to put a stop to anything that might benefit it. Their focus is on the use of science to improve and protect our lives.


A recent example is the discussion over the need to ensure youngsters are vaccinated against measles. When I was a child, the great fear parents had was polio and, when the vaccine was created against it, it ceased within my lifetime to be a major health threat. Measles, too, went from being a common disease in my youth to where it occurred rarely.


Even so, some idiots keep spreading the lie that vaccinations can cause autism. That was enough for some parents to fail to vaccinate their child. In other cases, children brought here from foreign nations where vaccination is not as widespread as here can and do cause outbreaks like the one at a California amusement park. It is occurring in other states as well. A disease like measles exists with a life force of its own to spread as widely and rapidly as possible.

On February 14, the Wall Street Journal carried an article, “First Genetically Modified Apple Approved for Sale in U.S.” The previous day I received an email from Friends of the Earth (FOE) citing the apple and bewailing the fact that “Like other GMO’s, this apple won’t be labeled and regulators are relying on assurance from the company that made the apple that it’s safe for human consumption and the environment.”


Why won’t it be labeled? Because it poses no harm to anyone’s health.

What FOE wants to do is create obstacles to genetically modified foods, but the World Health Organization is on record saying that “GM foods currently available on the international market have passed safety assessments and are not likely to present risks for human health. In addition, no effects on human health have been shown as a result of the consumption of such foods by the general population in the countries where they have been approved.”


Listen to what a farmer has to say about GMOs. Larry Cochran is the president of the Washington Association of Wheat Growers. “Most people don’t even know what GMO stands for, but for me as a farmer it’s just another way of speeding up the breeding process. I have a boss, Mother Nature, who does her own form of GMO breeding, whether it’s new races of disease or insects that have evolved. She’s always changing the rules. If we in agriculture want to be able to feed the world’s population, we have to be able to grow more food on less land, and I believe GMOs can help me do that.”


In a December 31, 2014 commentary posted on the Daily Caller, Mischa Popoff, an expert on the organic food sector, the author of “Is it Organic?” and a policy advisor for The Heartland Institute, pointed out that “GMOs meanwhile have NEVER caused any health problem at any level.”


Popoff’s book reveals what a scam organic farming is and, if you have had a choice between organic or not in the supermarket, you will instantly realize organic is much more expensive. Why? Because it does not use GMOs or other means to protect their crops against drought, weeds, or insect predation.


“The real goal for organic activists,” says Popoff, “is to ban GMOs outright the way DDT was banned in 1972, a terrible move by these very same activists which resulted in more deaths from mosquito-borne malaria in the Third World than were cause by both world wars.”


Fear of GMOs is spread monthly by countless articles condemning genetic modification. As Amy Paturel notes in an article on WebMD.com, “The World Health Organization, the National Academy of Sciences, and the American Medical Association all say these crops are safe as, and often safer than, foods changed the old-fashioned way, such as when a new plant is bred from two different types.”


The irony of all the efforts to scare people in the fashion that the Friends of the Earth and comparable groups are trying to do—calling for labeling of GMO foods—is that the new apple has received approval from the U.S. Department of Agriculture. The producer has voluntarily asked the Food and Drug Administration to likewise determine its safe consumption. What’s new about it? It does not turn brown after you cut it into slices by shutting off the enzyme that initiates the browning process. It also resists bruising. All good news for consumers.


It is essential that companies that purchase large quantities of food products not fall prey to the anti-GMO lies. A biotech potato, Simplot, is also less susceptible to black spots from bruising and has lower levels of sugar and asparagine. Despite DOA approval, McDonald’s decided not to use it and it is a company that buys 3.4 billion pounds of potatoes a year.


If farmers and ranchers are going to be able to feed the Earth’s human population of seven billion and growing, GMOs hold the key to avoiding widespread hunger while at the same time offering products like Golden Rice that would prevent a half million kids from going blind and dying every year due to Vitamin-A deficiency in the Third World.


As Patrick Moore, a Greenpeace co-founder who left the organization when he realized it was operating from an anti-science, anti-capitalism agenda, warns, “There is now an anti-intellectual element that doesn’t care about people. There is no logic or science involved—only ideology and ignorance.”


People live longer, healthier lives these days because of the discoveries of science. Genetic modification is just one of them. Vaccines are another. The Friends of the Earth and others who oppose such advances want you to die because they believe humans are a plague on the Earth.

I have thought about this attitude against humanity and tried to discover its origins. Patrick Michaels' book was helpful. My current opinion is that maybe we humans have a built-in need to worship. When people turn away from God, they seem to find pagan idols like Mother Nature. Pres. Klaus of the Czech Republic probably understands this mindset, as his "Blue Planet in Green Shackles" documents. He should know, as he led the way from totalitarian atheism to a free market society.

Well done- it's a shame that so many adherents to the anti-science platform have a dogmatic approach to making their philosophy into a religion, complete with articles of faith based on feelings.

Great article, as usual, Alan. But how is the average person (who hasn't the time or interest to delve into the actual research) to tell real science from phony science? Vaccines; Global Warming; GMOs; Macro-Evolution; Clean Coal; HIV/Aids; etc, etc: similar claims of scientific evidence are made for them all.

How foolish you look on GMO's while being right on with Global warming fraud. It makes you appear to be bought by special interests. GMO's are much worse, read "Seeds of Deception" and do your homework. The technical issues on GMO's are undeniable:. There are code scramblers, hitchhikers, chaperones, DNA rearrangement, horizontal gene transfer, gene position effects, gene silencing, environmental influences, light switches, hot spots, waking up sleeping viruses, cancer, genetic pollution via breathing, synthetic genes, genetic disposition, complex unpredictable interactions, rearranged codes, gene stacking, allergens, nutritional problems, antibiotic resistance and human error. the result of all this is ALWAYS unintended consequences.

I may look foolish, but you look paranoid.