Why Does Obama Get Job Performance Approval? 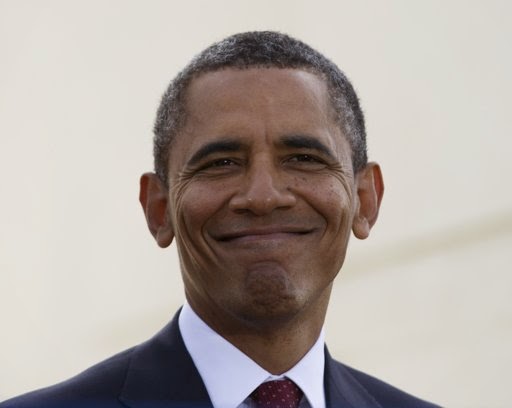 
It is one of the great mysteries. How does Barack Obama continue to generate job approval ratings that say he’s doing a good one?

On a recent weekend Rasmussen Reports rated him at 51% while Gallup gave him a 49% rating. At the Pew Research Center, his rating was at 47%, but they noted that at this time in his presidency, George W. Bush had a job approval rating of 33% while Bill Clinton was rated at 63% approval.


Of course, Bush and Clinton were President at different times dealing with different factors but metaphorically Obama’s ratings suggest that close to half of the voters polled still thought he was doing a good job or, at the very least, not a bad one.


Are the voters that are being polled simply not paying that much attention to the White House and its occupant?


Consider some aspects of his record in office to date:


The level of debt led to the first downgrade of the U.S. credit rating in the nation’s history. At the same time federal spending (25% of Gross Domestic Product) was the highest since World War II.


Obama has presided over a terrible economy for the past six years and, while other Presidents came into office facing a comparable recession, Obama’s failed policies turned it into the Great Recession. Employment sank to the lowest since 1983 at 58.1% of the working population and long-term unemployment (45.9%) was the highest since the 1930s.


One might think that so many people either out of work or who had given up seeking it would be unhappy enough to credit Obama with the economy’s sluggish state. He is currently taking credit for any improvement, but much of it is attributable to the energy sector and he has taken steps to harm it since 2009 with “a war on coal”, restricting any exploration or drilling for oil and natural gas on federal lands, and most recently, attempting to put one of the most energy-rich regions of Alaska off-limits to any access.


As we begin to work on our tax returns, it’s worth noting that only 49% of taxpayers will be paying an income tax, the lowest level in the modern era and, predictably, government dependency (47%), defined as the percentage of people receiving one or more federal benefit payments, is now the highest in American history. 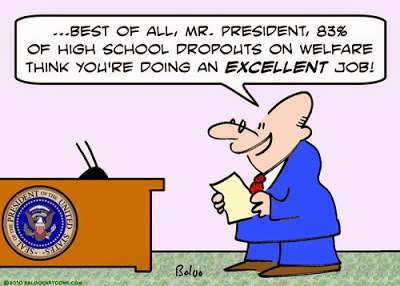 There was a time when being on welfare was something people tried to avoid. That suggests that something has changed in the American character, but we know that all too well as we watch our society accept a range of conduct that includes demands for same-sex marriages, legalization of marijuana, a growing population of single-parent families, attacks on the saying of prayers at public ceremonies, hostility to the police who protect us, and a host of other behaviors that undermine the moral values that previous generations of Americans passed on to their descendants.


Another mystery is the way facts about Obama seem to stir so little interest. He allegedly has a Social Security number from a state in which he has never lived. Many of the records of his life that other Presidents have made public have been kept sealed from examination. A birth certificate has been deemed a forgery by document experts. Whole books have been devoted to the disparities between his two memoirs and facts that have raised many questions.


At the least, one might assume that Americans know that he lies all the time. The typical television news program includes video of something he said previously that clashes with whatever his recent version is. Why would voters grant a 50% approval rating to someone who so consistently lies to them?


The fact is that his namesake legislation—ObamaCare—has been a disaster from the day it was passed. It was sold to the public with a series of outrageous lies told by the President. Passage was based solely on the votes of a Democratic Party that controlled Congress but the recent election did shift control of Congress to the GOP, so the voter’s actions do speak louder than words.


The then-Speaker of the House, Nancy Pelosi, summed it up saying they had to pass the 2,000-plus page monster “in order to find out what’s in it.” That is not how government is supposed to function, but worst of all, ObamaCare requires Americans to purchase a product, health insurance, they may not want or may not need. That is a lot closer to a dictatorship than a democracy.


How many scandals have occurred during the President’s six years in office? The short answer is “too many”; the most recent being the exchange of five Taliban generals for one American soldier deemed by those with whom he served to have deserted his unit. In the same fashion it has taken months to pry information from the White House about the Benghazi attack that took the life of a U.S. ambassador and three others. As is frequently the case, it is the cover-up that rivals the event.


In the end, one must conclude that Obama’s job performance approval ratings say as much about the mood and outlook of the voters who were polled as the facts cited above would suggest. A lot of Americans continue to express their anger and frustration with Obama, myself included, but that is not showing up in the ratings that suggest that a least half the voters think he’s doing, if not a great job, at least a good one.

I also have been puzzled by the polls. Remember that Scott Rasmussen was ousted from the organization he founded, and since then the polling has been pro-Democrat?????? However, Gallup has been in the business since the 1930's, and I've not investigated the guy who runs it. On the other hand, how do you poll people in this age where fewer people now have land lines. The last election is probably a better indicator of the average citizen, and it was a historic change away from the Democrats.....

I put pollsters in the same category as snake oil salesmen. They ask questions in ways that will generate affirmation versus reality. Having said that - I've followed the Rasmussen polls for some time now I keep seeing everyone claiming they hate Obama's policies but think he's just doing a Jim Dandy job. Is that a case of cognitive dissonance or was Gruber right – people are stupid?

I think it’s a combination of the following. Cognitive dissonance is rampant, the pollsters are corrupt, people are largely misinformed and uninformed by choice and a corrupt media that wants to keep them that way and Gruber was right. There is only one question that needs to be answered. Gruber was attacked as being ‘arrogant’ by various writers – was he being arrogant or was he merely making an observation of reality that no one liked?

One commenter made the observation they may have thought it was the Prime Directive from the United Federation of Planets. I would be willing to bet if that question was part of the test a fair number would have agreed!