Terrorists and Our Idiot President


You know something is terribly wrong when three former Secretaries of State, Henry Kissinger, George Schultz and Madeleine Albright tell a Senate Armed Services Committee that the President of the United States is an idiot with no idea how to conduct foreign affairs. Well, they didn’t say it in those words, but that was pretty much the message. That was January 29.


Two days earlier retired 4-Star General James Matthis, former head of U.S. Central Command, former Army Vice Chief of Staff and 4-Star General Jack Keane, and Navy Admiral William Fallon, also a former CentCom chief, had also testified before the Committee. They had a similar message as the diplomats. Obama and the other idiots in the White House are completely clueless regarding the threat of radical Islam in general and a potential nuclear Iran in particular.


This is, after all, a White House that is trying to call those intent on taking over the entire Middle East and, after that, the rest of the world anything other than “terrorists.” They have used terms such as “insurgents”, “activists” and “militants.”  Here at home, they are still referring to the killings at Fort Hood as “workplace violence.”  Don’t any of these idiots understand that the terrorists, whether they call themselves al Qaeda or the Islamic State, Hezbollah, Hamas or any other name all constitute the same threat?


That’s what the generals addressed. They told the Senate committee that absence of a White House strategy makes the ISIS, Iraq, Syria, Afghanistan wars “unwinnable.” I have been around since the end of World War II and that stretch of U.S. history is one in which we fought to a stalemate in Korea and a loss in Vietnam. After we won the conflicts in Afghanistan and Iraq, Obama pulled out and now they are lost too. There was a time when Americans and their leaders knew how to win wars.


Indeed, there was a time when Americans preferred to elect generals to be their President, starting with George Washington. Among those with that rank were Andrew Jackson, Zachary Taylor, Franklin Pierce, Andrew Johnson, Ulysses S. Grant, Rutherford P. Hayes, James A. Garfield. Chester A. Arthur. Benjamin Harrison, and Dwight D. Eisenhower. All the others had also served in the military in some capacity…except Barack Hussein Obama.


Obama not only doesn’t have experience in the military, he doesn’t seem to like them much. He has done everything he can to reduce our military capacity to fight a war anywhere or to show any genuine respect for the troops on active duty. The only uniform he ever wore was as an Indonesian Boy Scout.


Retired Marine Gen. Jim Mattis told the Congress “America needs a refresh national security strategy. We need to come out from our reactive crouch and take a firm, strategic stance in defense of our values.” Apparently those values don’t matter to the White House or to those left-wingers who wet their pants over the popularity of “Sniper”, a film that pays tribute to our troops who fought the war in Iraq. 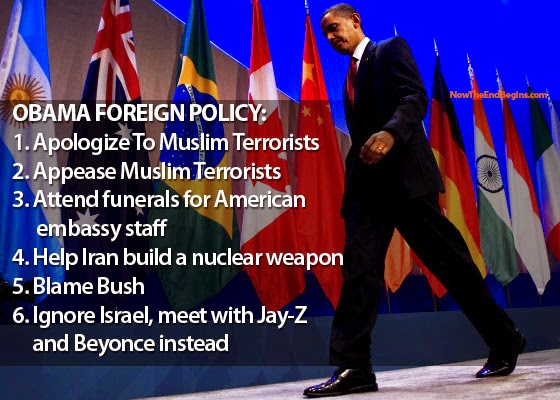 Under Obama’s term in office, radical Islam has increased four-fold in the past five years, ISIS ten times since 2012 and Iran has masterminded control of the capitols in Beirut, Lebanon, Damascus, Syria, Baghdad, Iraq, and now in Sanaa, Yemen. It has been the power behind Hezbollah in Lebanon and Hamas in Gaza.


Gen. Keane described Obama’s withdrawal from Iraq and Afghanistan as an “absolute strategic failure.”  He called radical Islam “the major security challenge of our generation.”


Regarding Iran, Gen. Keane said, “In 1980, Iran declared the United States as a strategic enemy and its goal is to drive the United State out of the region, achieve regional hegemony, and destroy the state of Israel.”


“Is there any doubt that Iran is on the march and is systematically moving toward their regional hegemonic objective?” asked Gen. Keane. “Iran has been on a 20-year journey to acquire nuclear weapons, simply because they know it guarantees preservation of the regime and makes them, along with their partners, the dominant power in the region, thereby capable of expanding their control and influence. Add to this their ballistic missile delivery system and Iran is not only a threat to the region, but to Europe, as well.” The U.S. in time will be in missile range.


“We have no comprehensive strategy to stop it or defeat it,” said Gen. Keane.


Thanks to Barack Obama, the United States of America can no longer be seen as the world leader, opposing the forces that seek to impose control. Former allies, particularly in the Middle East, no longer have any confidence that we would come to their defense if they were attacked.


Thanks to Barack Obama, our enemies have been emboldened and our allies confused, but it is not that confusing. He is an idiot who lacks any grasp of history’s lessons and he is a coward who cannot be expected to seriously respond to our own and our allies’ enemies.

I disagree with your conclusion. Obama is not an idiot. He is a product of his upbringing and really hates America. I think Dinesh D'Souza gets closest to figuring him out in "2016: Obama's America", subtitled "Love him, hate him; you don't know him".

Your last two paragraphs say it all.

Jordan’s King Abdullah II, who was in Washington when the video depicting the horrific death of Lt. Muath al-Kaseasbeh hit the Internet immediately broke off his visit to the United States and returned to Jordan to be the LEADER that he is supposed to be.

I am of the opinion that had such a thing happened to one of OUR military people the world would have waited for Obama to make the *Club House turn* before ANY type of statement would have come forth, much less any immediate action.

"Thanks to Barack Obama, our enemies have been emboldened and our allies confused, but it is not that confusing. He is an idiot who lacks any grasp of history’s lessons and he is a coward who cannot be expected to seriously respond to our own and our allies’ enemies."

I hate to disagree with you, Alan, but my take is that Obama, although not a rocket scientist or a brave man, is executing well the radical Leftist plan designed by his intellectual father, Saul Alinsky in "Rules For Radicals" which is destruction of the American Republic.

In words of Valerie Jarrett from 2008, "Once we have the power we will never give it up. They will have to carry our dead bodies out of the White House."

Obama may seem an idiot, but the people who financed his career are not. One old geezer who was a proud NAZI in his teen years has said in books and publicly that the US is the obstacle to his dream of a one-world government. Evil forces never seem to die....and time will tell how much damage can be done to the US....