A New Threat: Federal Control of All U.S. Water 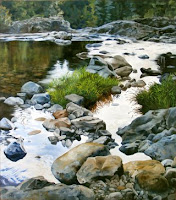 It is little wonder that Americans increasingly distrust their government.

Contrary to the fundamental conservative principle that the federal government is limited by the U.S. Constitution and should, as a matter of course, not intrude on those rights allocated to the States, the federal government has become a monster demanding to control every square inch of our land mass, all its energy reserves, and now all its water!

I track a lot of this egregious acquisition of power to the creation of the Environmental Protection Agency in 1970. Its initial mandate was to ensure that our air and water was protected against pollution and to take remedial steps to clean both to the extent they were not a threat to health. Additionally, the EPA was given control over toxic substances. From that point on, the EPA has grown faster than any other government agency.

That said, the Interior Department is even older and done a great job of expanding control of the landmass, a huge percentage of which is owned outright by the federal and state governments.

Grant, however, that as far as the nation’s air and water is concerned, the EPA initially did a good job, though some of its methods border on the insane. For example, requiring many different blends of gasoline for different areas just drives up the cost per gallon. The government demand for the inclusion of ethanol in gasoline drove down its mileage while at the same time actually driving up the amount of C02 from tailpipe emissions.

Being a government entity, however, the EPA is never satisfied to tend to its original and ongoing mandates. It must expand its powers because that’s the natural inclination of all forms of government.

A case in point is Senate bill 787 which is widely regarded as the biggest federal power grab in the nation’s history. Deceptively titled (aren’t they all these days?) the “Clean Water Restoration Act”, it has more than twenty sponsors. Its chief author in the House is Minnesota Congressman James Oberstar (D) and, in the Senate, it is co-sponsored by Russ Feingold (D).

If passed into law, it would control every drop of water everywhere in the nation. It gives the federal government control over entire watersheds and just about everything is a watershed, all water, all land, all people, all communities and cities.

What the bill does is remove the limiting term “navigable” from the 1972 Federal Water Pollution Control Act and replaces it with “waters of the U.S.” That would include wetlands, intermittent streams, lakes, prairie potholes after a rain storm, mudflats, ponds, meadows, and sloughs.

Over at the Heartland Institute, a free market think tank, this pernicious piece of legislation has not gone unnoticed (see links below). While the Institute does not take positions on legislation, its staff are free to express themselves on their merits. James Taylor, editor of Environment & Climate News, points out that “State and local governments rightfully retain jurisdiction over lesser bodies of water that have no legitimate federal interest.”

Taylor warns that, “There is no limit to the reach of federal power under the new bill. The last thing American citizens need is EPA bureaucrats asserting jurisdiction over seasonal puddles in people’s backyards, looking to file criminal charges every time somebody shores up a mucky depression to improve his land.”

The folks of the National Water & Conservation Alliance have a website (see link below) that will provide a lot more information, plus a “Petition in Support of Grassroots Alternatives” I urge you to sign it.

Why is this important? Well, the Greens have been wreaking havoc upon the nation’s farmers, usually in the name of some unknown species of fish no one has ever heard of and whose absence would not be missed.

They did this a few years ago to the farmers of the Klamath Valley in Oregon and they are at it again with a stretch of California whose farming depends on a specific water source. Shutting off water to both caused enormous losses of crops, the revenue those crops had represented for decades, and all the jobs associated with their planting, harvesting, processing and distribution.

If passed S. 787 would become a full-employment act for environmental activists and attorneys, something that goes on every day in America, generating endless litigation because every acre of land and water would be in dispute. It would stall further any development of any kind. It’s one more attack on the sacred concept of private property, the lynchpin of our entire economy.

This is tyranny masquerading as “environmental protection.” It must be stopped. Sign the petition at http://www.nationalwaterconservation.org/ and then email, fax, write or call your Senator to express your opposition.

um, aren't you the fellow who continually ponders why I am such a "hothead" about the EPA and environmental "activists"?

Yes and, of course, I am always right about everything.

That said, you will note this is documented thoroughly, quotes others even smarter than myself, and urges signing a petition, not revolution, insurrection, and general mayhem.

We both dislike the EPA; each in our own way.

And on behalf of a Country whose respect and dollar have been trashed by an inability to produce things needed for a modern society at a respectable price,

all because of EPA regulation and abuse,

I stand up and fight.

By the way, the yellow journalistic sources "Wiki"-something and "Source Watch" identify you as a "vitriolic" critic of the EPA.

These highly recommeded souces identify me only as a "skeptic".

I demand accuracy in yellow media!

I demand to be accurately identified!

I know my rights under Stalinism!

Every so often when I need a laugh I read the Wiki and Source Watch representations about myself. I tried for awhile to correct Wiki and just gave up. Source Watch are a bunch of Green flunkies whose job is to slander anyone who disagrees with the party line.

If it is any comfort to you, Brian, I think you are often vitriolic, but in a very nice way. :-)

You surely deserve a better status than mere skeptic.

Thank you, sir. I feel my self respect coming back.

I would like to insert the following in my source watch bio:

"He hates the EPA for the thoughtless abuse the EPA has done to innocent people, without justification."

Source watch might accept the proposed amendment, but only the first four words