At War with Iran for Thirty Years 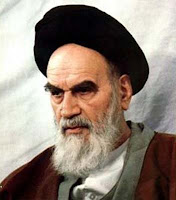 Iran has been at war with the United States for thirty years.

When one’s life spans time from the beginning of World War Two, the decades of the Cold War, and the emergence of rogue regimes in Libya, North Korea, Venezuela, Iraq and Iran, you develop an instinct for spotting the enemies of freedom. Russia and China never leave the radar screen.

Following World War Two, America entered into a long period called the Cold War and the stakes could not have been higher. It would last from 1945 until 1991 with the collapse of the Soviet Union.

We had entered the “Atomic age.” Though the threat was great, no one believed that the leaders of the Soviet Union were ever crazy enough to actually use nuclear weapons. The strategy of Mutually Assured Destruction worked for both adversaries and still does, but that is not the case with Iran.

From the earliest days of Iran’s Islamic Revolution, its leaders were determined to acquire nuclear weapons and the missiles with which to deliver them. From the beginning, America was always identified as Iran’s greatest enemy, the “Great Satan”, while Israel was called the “Little Satan.”

It is criminally stupid, if not insane, to believe that Iran will not use its nuclear weapons.

I repeat: Iran has been at war with the United States since the inception of the Islamic revolution in 1979. Defying all international laws, Iran seized American diplomats and held them hostage for 444 days, waiting for the inauguration of President Reagan before releasing them. One of the “students” who participated in that outrage was Mamoud Ahmadinejad, the current president of Iran.

This is a nation that has embraced taking hostages, political assassinations, suicide bombings that killed American Marines in Beirut and, later, the bombing the Khobar Towers in eastern Saudi Arabia. In the wake of 9/11, Iran provided sanctuary to al Qaeda leaders fleeing U.S. forces.

Iran is ruled by a psychotic, criminal regime.

Dr. Dore Gold, a former Israeli ambassador to the United Nations, has written “The Rise of Nuclear Iran: How Iran Defies the West.” It details Iran’s determination to acquire the ability to build its own nuclear weapons and to deliver them with missiles.

From the day Ayatollah Ruhollah Khomeini seized control of Iran, its subsequent leaders have been working toward an Islamic Armageddon that defies the imagination.

On December 14, 200l, Ali Akbar Rafasanjani said, “The use of an atomic bomb against Israel would totally destroy Israel, while the same against the Islamic world would only cause damage”, adding “Such a scenario is not inconceivable.”

“From 1979 to 2009,” writes Dore, “Iran was consistently prepared to take incredible risks to confront the United States.”

President Obama appears to be oblivious to the long history of Iranian aggression as he pursues a strategy of “soft power” through apologies to the Muslim Middle East and seeking direct negotiations with Iran.

Iran has always used negotiations to achieve its nuclear goals and it has always used deception as the primary means to do so. It “negotiated” with the European Union while buying time to build its nuclear weapons capacity. Iran is not pursuing a “civilian” use of nuclear power.

From Jimmy Carter to Barack Obama, any show of American weakness has only emboldened Iran’s plan to assert hegemony over the Middle East and to carry the Islamic revolution to the rest of the world.

“In the absence of a U.S. response to successive Iranian provocations, Iran did not sit back quietly, but exploited what it perceived as western weakness by adopting a policy of continuing escalation,” says Gold. And he is right.

The U.S., Europe, and nations in the Middle East cannot—dare not—assume that Iran will not use nuclear weapons. Just the opposite. Its unique Shiite belief that only an Armageddon of massive death and chaos can bring about the “return” of the Twelfth Imam, a mythical figure that will impose Islam on the entire world, propels Iran toward a nuclear war. It is a belief that is critical to an understanding of the psychology of the leaders of Iran today.

This is why, twice in the past, Israel has destroyed nuclear facilities in the Middle East, first in Iraq in the1980s and more recently in Syria. It literally has no choice other than to destroy Iranian facilities.

Negotiations will not work.

Economic sanctions will not work.

United Nations resolutions will not work.

The world, the United States, and Israel are rapidly running out of options.

We are all rapidly running out of time.
Posted by Alan Caruba at 4:21 PM

A doomsday, prophetic commentary which I am in total agreement. Iran has never been our friend and will never be.

It's difficult for me to believe that obama really thinks soft diplomacy will work with Iran. If he does, then he is not as intelligent as his supporters say he is.

Is Obama so inexperienced in world affairs that Iran is just another country to him? For someone so involved with radicalism and "community organizing" does he not see the radical Iran? Or does he believe that Iran is somehow impressed with his charisma and charm?

In my view, Obama is clueless.

Remember, it was Bush who included Iran among the Axis of Evil.

We took down Iraq. Iran must be next, but I doubt Obama has the smarts or guts to do it.

I'm wondering when "the obamanation" will throw Israel "from the train" like he did with Poland and the Czech Republic this week. The M.0. of this "obamanation" is that he will throw even his bestest 'buddies' under the train like he did with Jeremy Wright.(Obama said Rev. Wright "is like an old uncle who says things I don't always agree with").
What I can not figure out about this ugh "obamanation" is that he has 2 very strong Orthodox Jews, Rahm Emmanuel(White House Chief of Staff) and David Axelrod(Senior Advisor) in his cabinet. I cannot believe they are pleased with him placating Iran.
Have I missed something?
Alas, the continuing saga of "The Man Who Would Be King"

I doubt that Rahm and Axelrod are "orthodox" Jews and there are Jews who think Israel was and is a bad idea, so it is difficult to know how much a factor their religion is when it comes to their influence. Jews who are extreme Leftists are often quite secular in their outlook.

This week the headline on Drudge Report about the missile defense read:

POLES: We've been sold to Russia

The headlines in the U.S. newspapers should have read:

AMERICA: We've been sold to Russia too!

I can't figure this administation out and right now Israel is between a rock and hard place when it comes to dealing with IRAN. I'm just waiting for the other shoe to drop and when it does, we had all better run for cover.

Because from my armchair some folks in our government are actually making even Benedit Arnold look good.