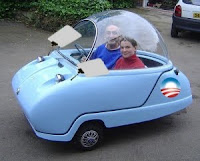 Let me begin by saying I am not an economist, but I have had a rather unique “education” in the way American’s make a living, thanks to a long career as a public relations counselor working with corporations, trade associations, and others across a broad band of manufacturing and other activities, including agricultural.

My working philosophy was that, if I could understand what they were doing, anyone else could as well. Along the way I learned that farming has got to be one of the hardest ways to make a living. It is just dawn to dusk work. Next to that is manufacturing anything.

So, naturally, when Business Week magazine asked on its cover, “Can the future be built in America? Inside the U.S. Manufacturing Crisis”, it caught my eye. As Pete Engardio, the reporter, put it “The good news is that the U.S. is at or near the cutting edge in most of the emerging product areas,” particularly high tech, the bad news is that “Unless the U.S. can magically resurrect its manufacturing base, the good-paying jobs from these breakthroughs will be offshore.”

The irony is that the high tech breakthroughs were paid for with billions of U.S. taxpayer dollars that funded research at federal and university science labs, going back to the 1960s when the new products were just in the idea stage.

The numbers, too, tell the story. “In 2000 the U.S. exported $29 billion more high-tech products than it imported”, but “by 2007 that had turned into a $54 billion trade deficit.”
This is attributed to “two decades of unconstrained out-sourcing to Asia” that has “hallowed out much of America’s base of suppliers, factory managers, and skilled technicians.”

Not mentioned in the article is the way America’s schools have since the 1960s been turning out students with poor math and science skills, along with writing and reading skills. The average freshman college student spends time in “remedial” courses for things earlier generations routinely learned. Add to that the crushing costs of a college education and you have a recipe for a dumbed down and debt-ridden work force.

While we’re being told that the recession is “technically” over and jobs are a “lagging indicator” of recovery, my own worst suspicions are that jobs in general are going to be lagging for a long time to come, especially the skilled ones that nations like China and India are developing with rigorous educational systems.

“By comparison, the U.S. has been indifferent to manufacturing; even when tax breaks are factored in.” Philosophically, the Obama administration appears to regard both Wall Street and corporations as an enemy that must be subdued with greater and greater regulatory oversight.

The fact that the existing oversight agencies failed in their duties does not seem to be understood. That’s why ponzi schemer, Bernie Madoff, and others were able to get away with it for years.

“Also, it can take two years to obtain all the environmental, health, and safety permits for a modern electronics plant—a lifetime in the tech world.” It’s a lifetime in any business enterprise. The U.S. manufacturing base may be the most heavily regulated segment of society of any nation with which we must compete.

Consider, too, the guiding philosophy of the Obama administration. Anything that contributes to the provision of energy is bad. Coal mines, bad. Offshore oil and natural gas drilling, bad. Anything, too, that uses energy is bad.

America’s auto manufacturers (the federal government and the unions now own General Motors and Chrysler) are being told they must get more mileage out of a gallon of gas, forcing them to modify automobiles in ways that simply make them more dangerous to drive.

In response to a survey by Deloitte Research and the Manufacturing Institute, U.S. executives said they believe that America’s competitiveness will decline further by 2012. An overhaul of the corporate tax code would be a good place to begin to reverse that. U.S. corporations pay higher taxes than just about anywhere else in the world!

These and other indicators are signs of decline in what used to be the greatest economy the world had ever seen. Other nations have watched and learned the lessons we have forgotten or reject. They are going to eat our lunch.
Posted by Alan Caruba at 12:02 PM

Alan you forgot one of the more important ones. Lawyers and Tort reform would be a good start.

Yes, but not a likely reform given the number of lawyers in Congress and elsewhere throughout the government and in politics...alas!

Necromancer is correct. Our country is sue crazy. I'm currently involved in a lawsuit that is completely frivilous but it has cost my company nearly $750,000 to defend itself. Assuming we don't go out of business, that expense will be passed onto future customers.


Other problems I have seen in the US are corporate greed (upper management and stockholders in particular) That greed is satisfied at the cost of proper maintenance, upgrades, and expansions. It works for a while until the facility starts falling apart and there's no longer enough money to fix all the built up problems.

Unions and the related legacy issues complicate things dramatically. It become easier to shut down limping facilities and build a new one (with cheaper labor) in another country such as India or China. Besides, US financial institutions today practically demand new projects pay themselves off in five years or less or they won't lend the money. It's a very high bar to jump. The World Bank and the Asia Development Bank don't use the same ROI guidelines. Marginal projects will never get funding, but solid projects will. In the US only super projects, and projects backed by mega-companies, find funding.

Our school system is another issue but I've ranted enough already.

The US is on a downward spiral and people who have never produced a product of value will never fix it because they are out of touch with the real world. By people I mean our government, lawyers, and accountants. I'm glad I'm old so I won't have to live through the death of the American dream.

I agree with Jesse; I'm glad I'm old also. Just this past nine months have left me breathless with concern for our country and my family. Many of the younger citizens haven't a clue about what is happening on a daily basis.

They will, however, take notice when they no longer have their freedom to surf the net on their PC or cell phones. Will they like being rationed when it comes to health care? Will they be able to pay double or triple fees for electricity and gas?

Being in the group that Obama wanted to have "end of life consultations" every five years does have its rewards...less time under a dictatorship.

When there is no money left to buy the products made overseas, we won't be able to make them ourselves. I guess knitting and sewing will make a comeback. Making high-tech items will be almost impossible if there are no factories.

The real problem is now and has always been in all societies...regulations and taxes. In ancient China the bureaucracy deliberately made progress so difficult with taxes and regulations that they lost the 500 year technological edge they had over the rest of the world. Why? Because the emperors were afraid that someone would come up with some technological advance that could overthrow them.

This has been true all through history. Taxes and regulations stifle growth. Greed at the upper corporate level may cause trouble, but the market will correct that because someone else will come along and offer better products or services and better prices.

Taxes and regulations aren’t as easily controlled. Once bureaucracies are created they begin hiring bureaucrats who have as their first rule; my bureaucracy must survive and expand. They can only do that with taxes and more regulations. It becomes a swirling downward spiral for those trying to comply and succeed and ultimately the suction will send everyone down the drain.

Then all the go along and get along guys will stand around as ask…..”what happened”?

This country has forgotten ... for lack of a better word ... patriotism.

I am not for protectionism. It doesnt work. I agree that "regulations and taxes" is the majority of the problem. But as I read on a bumper-sticker once, "the only crisis is the crisis in leadership." There is zero leadership on this issue. Our elites have even *given up* on the concept of an economic strategy that focusses clearly on US manufacturing prowess and supremacy.

The entities and groups that have power, whether tort lawyers or corporations or political parties or what-not have an agenda, but none of those agendas involve keeping USA the #1 economy in the world.

And Lord help us, we now even have a President who doesnt have that as a goal. (And even if he did would be clueless and wrong about achieving it.)

The Democrats bash the 'rich' and in the process advocate policies tailor-made to drive corporations overseas. We have education system dumbed down to graduate too few in the STEM areas and too many in 'soft' areas of little economic value. We have a tort lawsuit crisis, a crisis in how we are tackling globalization, and an out-of-control US Government that is effectively crippling our future ability to compete via setting us up with huge deficits, a recipe for future tax increases.

Those same corporations that claim to help their communities (because they cater to political correctness) are busy outsourcing and NOT trying to stop it on capitol and not putting this in their 'service' goals... "Help the USA stay #1 economically"