The Department of Defenselessness 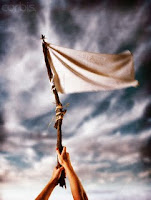 When World War Two arrived at America’s doorstep, we had to virtually build an Army, Air Force, Navy and Marines from scratch. The war had been raging in Europe since 1939 by the time the Japanese attack on Pearl Harbor propelled us into war in 1941. The Japanese had been sacking, raping and looting Manchuria and China since 1931.

Now President Obama wants to reduce the U.S. arsenal of nuclear weapons to a reported “hundreds rather than thousands” to prepare for deep cuts. Truman was the first and last president to actually use a nuclear weapon to end the war with Japan.

Since then, all presidents have paid lip service to reducing the threat of nuclear weapons, but there is an iron law that says you cannot “un-invent” something once it comes into existence.

The suggestion that the world is “safer” or “less safe” because nuclear weapons exist is purely subjective. What we know is that without nuclear weapons all nations that do not have them are at a severe disadvantage with those that do.

That is why both Pakistan and India, traditional enemies, both developed their own nuclear weapons in secret while ignoring international prohibitions and proscriptions against them, It is also why little North Korea that cannot keep the lights on at night also developed them. They are a tidy source of income to a criminal communist satrap.

All the major powers have them and the worry is that they will fall into the hands of terrorists; presumably of the Muslim variety.

The big worry, however, is Iran’s program because there are few world leaders who do not doubt they will use them. Iran is not regarded as a terrorist organization like al Qaeda, but the simple fact is that Iran is the world’s leading supporter of terrorism whether you call it al Qaeda, Hizbollah, Fatah, Hamas or any one of the endless self-declared jihad groups.

So it is cause for real concern that we have a president who not only put the kibosh on a missile defense system to be placed in Poland and the Czech Republic, but now wants to unilaterally disarm or greatly reduce America’s nuclear arsenal.

Having apologized profusely to Europe and Muslim nations for America’s apparent misdeeds in coming to their defense in the past, President Obama is now punishing tiny Honduras for expelling a former president who wanted to ignore that nation’s constitution and its supreme court to set up a Hugo Chavez-type government.

Meanwhile, Venezuela’s Chavez, a big fan of Fidel Castro’s Cuba, has been busy cutting deals with Russia, China, and any other nation hostile to the interests of America.

To cap off his efforts in the passed eight months, President Obama has allowed his Attorney General to re-visit decisions regarding the Central Intelligence Agency’s use of advanced interrogation techniques that are widely acknowledged to have thwarted attacks on the homeland. Seven former CIA directors wrote the President to say this was a very bad idea.

It’s a bad idea that is exacerbated by President Obama’s intention to close down Guantanamo and to return terrorists to their home nations. From there, they return to the front lines of jihad because that’s what jihadists do.

Officially, throughout the Obama administration, the words “war on terrorism” and “terrorists” are never uttered out loud. They have been banned from the lexicon of the State Department, Homeland Security, and possibly even Defense.

Meanwhile, arrests have been made of an alleged terror cell, the results of which will no doubt reveal planned attacks that would have killed many Americans.

None of this bodes well for America and all of this suggests that many more D.C. marches will be needed to encourage Congress to put the brakes on efforts to render America insolvent, in the grip of unaccountable “czars”, and defenseless.
Posted by Alan Caruba at 7:31 AM

There will come a time soon when even marches will not be enough.

Alan...thanks for always writing what we need to know.

I agree with RED. Obama appears angry and hostile all the time. He rarely smiles. He is focused. He does not care if he is challenged. He has his plans already outlined and will not be deterred.

As Red said, there will come a time when protest marches will not be enough!