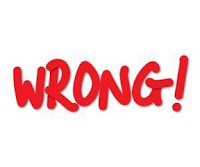 What continues to astound me is how wrong the Obama administration is on so many issues. It is not unusual to disagree with some element of the White House agenda, no matter who is president, but I keep looking for something, anything, with which to agree.

This is the price Americans who voted for “change” without actually asking or understanding what that change would be are paying. Most, I suspect, were so fixated on any change that did not include George W. Bush that it was no surprise that Obama’s initial answer to every question in the first few weeks of his term was to blame Bush for “the mess” he encountered.

The problem with that is that every president leaves his successor “a mess” in some respect. For ten years FDR never successfully figured a way out of the Great Depression until World War II solved that problem. When he died, Harry Truman had to conclude the war in the Pacific and did so with two A-bombs. Then he had to save Europe from Soviet ambitions and get the UN off the ground.

When I say “wrong”, I mean that it wasn’t just wrong to try to take over one sixth of the nation’s economy with a grandiose remaking of Medicare, but it was blindly arrogant and stupid. Medicare, heading toward insolvency and riddled with waste, was not the biggest problem to be solved, getting the nation’s financial house in order was.

How did Obama do that? Well, he got a massive “porkulus” bill passed that promised to jolt the economy with “shovel ready” projects and what everyone knew was just a lot of spending to help Democrats get reelected. Eight months later, barely ten percent of the money has been allocated and anyone out of diapers knows the stimulus will be replete with enormous waste.

When I say “enormous”, we are talking about billions and trillions. And that is the other wrong Obama perpetrated. He blessed the borrowing and spending of trillions of dollars, more than all the combined presidents who preceded him together. A nation with that much debt is automatically at a disadvantage, requiring either massive new taxes or, the least likely alternative, cutting spending.

If Obamacare wasn’t such a dumb idea, the other major legislative initiative is the utterly insane “Cap-and-Trade” bill that is a huge tax on energy use. Even internal White House memos estimate a cost of $1,800 per family in America if it passes. With most D.C. estimates, you can double them to arrive at the final, actual cost.

Taxing Americans at a time when they need to hold on to their money is wrong and stupid, but doing so in the name of reducing “global warming” when there hasn’t been any global warming for a decade and the planet is looking at ten, twenty or more years of cooling isn’t just wrong, it’s the worst kind of lie. Yes, the President is lying.

Then there’s Afghanistan. The generals want up to 40,000 troops to properly wage war there (if that is even possible) and a lot of Americans of my generation remember similar requests for Vietnam. Afghanistan is not, as the President says, a war of “necessity.” If you want to talk about necessity, talk about the possibility of the Taliban taking over Pakistan with its nuclear weapons. There’s nothing in Afghanistan worth fighting for.

The real necessity is the need to destroy Iran’s nuclear facilities. The president of France has been saying for months that Iran will soon have A-bombs and nuclear-tipped missiles. He’s worried because those missiles can strike France and, of course, all of the other European nations.

So, naturally, the news is that the President will not put a missile defense system in Poland and the Czech Republic; another wrong decision.

What is Obama’s plan for Iran? He wants to kiss the hem of the Supreme Leader’s robe. He wants to “talk” with Ahmadinejad. This is worse than just wrong. It is just blind stupidity that will permit Iran’s lunatic leaders to assert nuclear hegemony over the entire Middle East while taking barely one day to obliterate Israel.

That’s what eight months of the incessant braying of the lead Democrat donkey has given us and it does not bode well for America or the world.

After nearly two million Americans showed up in Washington, D.C. on September 12th, the president’s chief advisor, David Axelrod, dismissed them as being “wrong” about the issues they protested.

No, it is this insanely ideological, utterly socialist, union boot-licking, anti-constitutional, “czar” crazy administration that is, sadly and dangerously, WRONG.
Posted by Alan Caruba at 12:41 PM

many of your facts are wrong very wrong

I notice you did not cite one of them.

I would respectfully disagree with Farmer Dock, Alan. You were right on the money with your comments.

Depending on how long it takes Obama to resign it will, no doubt, take at least a generation to right the wrongs he has done and the damage he has done to America in just 7 months!

It was not a good idea of Bush's to provoke (unthinkly?) the Russians with planned radar stations in Poland. The USA needs to tread more delicately in Europe. Not going ahead with this is about the only sensible thing Obama has done tho.

Could you explain to me what the U.S. did from 1945 to 1991 during the period called the Cold War? Did we let the Soviets know we'd destroy them if they got out of hand or did we strive to not provoke them?

Didn't the Russians invade and seize a chunk of Georgia last year? They don't need an excuse to be aggressive.

Neither did the Nazis.

Europe will gladly let America bear the huge cost to provide for their self-defense. Otherwise, it would require European countries to divert funding away from their social welfare state.

Regardless of how you view this decision it does seem this young & inexperienced administration has a poor sense of history by announcing the decision of the anniversary of the Soviet attach on Poland in 1939 & Obama calling the Czech prime minister in the middle of the night to tell his the good news.

Check your history again. We negotiated with the Soviets, i.e. they take their missiles out of Cuba and we don't put missiles in Turkey. Unlike Bush's, previous administrations (also see Nixon and China) did indeed speak to their enemies.

Of course previous administrations, including Bush's, did what they could to keep communications open even with their enemies.

Negotiations with Iran, however, existed only to give them time to build their nuclear weapons capability. They were always a deception.

I recently read a comment from someone who stated that the line, "history repeats itself", is incorrect.

He said what really happens is that people keep forgetting the lessons of history. I find that a more compelling argument.

Then there are those who don't care what the lessons of the past have to say.

I find that frightening!

Alan, you are incorrect when you say that Obama is wrong on every issue. I happen to agree with him when he says "Kayne West is a jackass."