The EPA's Long War on Chemicals 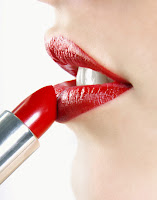 One of the shows I enjoy watching on the Science Channel is “How It’s Made.” All manner of things we use to enhance our lives start out as raw materials and the process of manufacture is a miracle of transformation.

Virtually all forms of manufacturing require some chemical element, often several. Given the indispensability of chemicals in society and commerce, does it strike anyone as odd that, if you were born after 1960, there’s a high likelihood that you grew up being told that “chemicals” are bad?

In 1962 Rachel Carson kicked off this bizarre notion with her bestselling book, “Silent Spring” and environmental groups have maintained a steady drumbeat of scare campaigns to drive home the message that chemicals are dangerous. However, it is rarely noted that most of the claims she made in her iconic book have long since been disproved by science.

One branch of science is called toxicology. Among its most honored truths, attributed to Paracelsus (1493-1541) is that “All things are poison and nothing is without poison; only the dose makes a thing not a poison.” This has been shortened to the statement that “The dose makes the poison.” The truth of this is obvious to most people and perhaps best illustrated vaccines. By introducing a minute element of a disease into our bodies, our immune systems can build resistance to it.

But problems arise when an ill-informed media latches on to the latest junk science craze and splashes misleading stories across newspapers and TV. Missing from virtually all of these stories are key facts – that a bunch of laboratory rats have been exposed to some chemical in doses far higher than would normally occur, for instance, or in ways that would never happen in real life, and then calling it a threat. But humans are not rats and this kind of sloppy science and extrapolation comes with serious issues of data interpretation.

This is one way in which the Environmental Protection Agency’s long war on chemicals is perpetuated. Much of the EPA’s abuse of power comes in the form of chemical action plans, which involve little oversight, even less transparency and little-to-no public accountability. However their power to over-regulate, remove valuable products from the market, and hobble commerce is almost unparalleled.

Currently in the EPA’s chemical action plan crosshairs are siloxanes, a type of silicone which, in turn, comes mostly from sand. Siloxanes are inert, non-allergenic, odorless and colorless. They’ve been safely used for decades in thousands of consumer and industrial products – everything from medical cream and sunscreen to automobile tires, high-efficiency insulation and spacecraft.

There are a wide variety of siloxanes, but the EPA isn’t saying which ones have been targeted making it almost impossible for outside parties to provide any sort of meaningful input to the process. If you wanted to stack the deck against something, that would be a great way to do it.

Another aspect of this latest EPA caper is that the agency draws much of its power from the Toxic Substances Control Act, otherwise known as TSCA. But TSCA is in the process of a congressional overhaul which will probably spill over into next year when a new and possibly Republican-controlled Congress returns in January. Why would EPA want to rush through a chemical action plan for siloxanes when it knows that Congress is still working on TSCA reform?

An unduly harsh chemical action plan for siloxanes could have devastating effects on our limping economic recovery. There is no single substitute for siloxanes that performs as well so industry would be faced with costly reformulations for their products and their manufacturing processes. If a particular business found this too expensive, they’d have to shut down, throwing more Americans out of work. If they can afford it, those costs would undoubtedly be passed along to consumers. And for what? No amount of research has shown any environmental benefit to banning siloxanes.

Since its establishment by an executive order in 1970, the EPA has become the master of misinformation and disinformation intended to drive all manner of beneficial chemicals out of the marketplace and to maintain a level of public fear concerning anything that involves chemicals. Siloxanes and the people who depend on them are merely in line to become the latest victims of the EPA.

It should be renamed the Ministry of Propaganda.

Tobacco and alcohol (booze) will kill you...

I have to share this with you and your readers.

My great-grandfather was born in rural Louisiana in February of 1880. He died in 1974.

My grandfather consumed copious amounts of Garrett Snuff and any whiskey, store bought or home brew, that he could get his hands on.

My mother said that had gone on for as many years as she could remember, it went on for all the years I knew the old boy.

My grandmother was a widow and she and my mother lived with my great grandfather until my mother was grown and she left home. My *old maid* great-aunt lived at home all of her life.

My great-aunt and grandmother constantly fussed at their father, my great-grandfather, "Papa, that damned whiskey is going to kill you!"

When the old man DID die, he was 94 years old, and pretty well preserved.

We're standing there at the casket looking him over and talking about how good he looked and what a long and interesting life he had led when in walks my grandmother and great-aunt.

They came up to the casket and we all stepped aside to let them have a moment, and what a moment it was...

The cacophony was unbelievable. They were, what is best described as "throwing an OLD WOMAN FIT". The crying and hand wringing, the praying and cussing were a sight to behold...

The last thing I heard was my old maid great-aunt saying, "Oh Papa, that damned whiskey finally killed you..."

Most of us had to leave the room at that point... Otherwise, the laughter would have drowned out their *fit*...

I love it! My Father who smoked a pipe from well before I was born and my Mother who was an internationally known authority on wines and liquors lived to age 93 and 98 respectively.

So, it's true, if you live long enough, "Tobacco and booze will kill you."

Allan, what is your opinion on the chemicals used in our "foods" today?
Perhaps another article on that?

@Mid: I have very little knowledge about chemicals in food, but one assumes that if they were injurious government agencies that oversee such matters would ensure our safety.

A few years ago there was a big stink about sugar maybe in soft drinks or something of that order. I don't remember exactly but I suppose I could look it up.But I could be confusing it with something else.

There was a scare about some other sweetener in soft drinks. It later turned out to be bogus...as is the case with 99% of these scares.

These days, most soft drinks use a corn-based sweetener.

Another example of uber-safety regs:

Corpus Christi, Texas, is locaated in Nueces County. There is a major seaport there.

Whenever the harbor needs to be dredged to maintain the 42' depth, all manner of permits are needed, all sorts of plans to safely hold the dredged material: The sediment has 50% more Cesium than EPA says is safe.

Whence cometh the Cesium? Ah, grasshopper, I'm glad you aked! It comes from the soil erosion from the farms of Nueces County! Where people actually live!

The soil of the whole damned county is 50% over the EPA limit!

Solution: Buy the county, fence it off. We'll be all safe and snuggly, right?