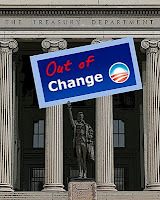 The very word “budget” suggests a financial plan that one expects to live within, based on how much money one earns. It suggests prudence, plus the intention to put aside some earnings as savings for future or unexpected needs.

None of this applies to the Congress of the United States of America, nor White House administrations stretching back to the days when Franklin Delano Roosevelt won election in 1932, 1936, 1940, and 1944. He would die in 1945, three months into his fourth term.

That’s right, his fourth term! This was so unprecedented and so fearful that, in 1951 the 22nd Amendment was added to the Constitution, limiting any future president to two elected terms.

The financial crisis in which the nation finds itself today can be traced to FDR’s four terms, during which the nation went through the Great Depression. It was an economic event that could have and should have been much shorter if liberal “solutions” had not been initiated. FDR never saw an entitlement or regulatory program he would not endorse, starting with Social Security. His successor to office, Harry Truman, pushed through Medicare.

The debacle known as Fannie Mae and Freddie Mac began back then, growing out of the notion that the government had to guarantee everyone they could live in their own home. By the time they neared collapse, they owned more than half of all the mortgages in the nation.

My friend, Ziad K. Abdelnour, president and CEO of Blackhawk Partners, Inc., a venture capital firm, recently had one of his excellent commentaries posted on the website of the Financial Policy Council.

The collapse of Fannie Mae and Freddie Mac led to their being put in a conservatorship. If you owned stock in either of these “government-sponsored entitles” its worth dropped to pennies while, noted Abdelnour, all Americans “became the underwriters of $5 trillion in mortgage backed securities.”

“In September of 2008, we witnessed one of the most brazen and daring crimes ever to take place,” wrote Abdelnour. “It was pulled off, for the most part, in broad daylight and in full view of the whole world. In the space of a few days, this nation was the victim of an orchestrated theft of nearly six trillion dollars.”

September 2008 was when then-Secretary of the Treasury, Henry Paulson, former chairman of Goldman Sachs, told Americans that he had just asked Congress to give him a blank check to spend billions of public funds to bail out Wall Street and avoid a financial collapse.

Among the financial firms bailed out was Goldman Sachs that ended up with “at least $53 billion dollars from the U.S. government via the AIG bailout, Paulson’s ‘Troubled Assets Relief Program’, and Timothy Geithner’s later FDIC bailout called the ‘Temporary Liquidity Guarantee Program.’” Geithner is the present Secretary of the Treasury.

Events do not just “happen.” They are caused.

On Thursday, September 15, 2008, in the midst of the Obama-McCain election campaigns, the Federal Reserve stepped in after noticing a tremendous drawdown of money market accounts in the U.S. in the amount of $550 billion dollars. It occurred in barely an hour or two as money was taken out electronically. The Fed closed the accounts. Had they not done so, $5.5 trillion would have been withdrawn and the U.S. economy would have collapsed.

The financial crisis catapulted Barack Obama into the Oval Office with his promise of hope and change.

Obama has just submitted his 2012 budget to Congress proposing to spend $3.75 trillion and still have a deficit of $1.65 trillion. Several leading D.C. think tanks have rational proposals for downsizing the federal government, but the Obama White House is not interested.

The nation’s Gross Domestic Product, the value of what we produce annually, is around $14 trillion. Obama’s budget would increase the debt to $15 trillion. His budget has so few cuts in it you need a magnifying glass to find them.

Meanwhile, the Republicans in the House, where all spending bills must originate, are fussing and feuding over whether to cut $50 billion or $100 billion from the budget. Someone needs to tell them that the U.S. is broke. We are rapidly on our way to becoming Greece, Italy, Ireland, or Zimbabwe.

“Current unemployment is officially about 9%; unofficially, it is almost twice that. Forty-five million Americans now receive government assistance to purchase food; nearly two million have filed bankruptcy, and more than a million have lost their homes in foreclosure proceedings.” Abdelnour cites factors few in Congress want to address.

Despite this, in his first two years in office, President Obama has increased the size of U.S. debt more than all previous presidents combined. His new budget proposes $3.75 trillion in spending.

I have always been wary of conspiracy theories, but sometimes the dates, the facts, and the personalities involved come together in too neat a package to ignore.