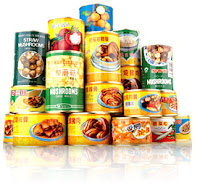 Writing for Health News Digest.com in early February, Michael D. Shaw noted that bisphenol-A (BPA), a chemical used to make polycarbonate plastics and an ingredient in the epoxy resin used as a protective coating in metal cans, “is one of the most heavily studied chemicals of all time. Indeed, there are more than 6,000 scientific papers devoted to this compound.”

That’s a remarkable amount of research. What’s more remarkable is that no peer-reviewed research has ever shown any harm to humans from BPA in normal consumer use. After a three-year study published in the Oxford journal Toxicological Sciences, even the U.S. Environmental Protection Agency (EPA) found that there is no threat from BPA.

Despite decades of studies that show no harm, the U.S. Food and Drug Administration still wants to take what it calls “reasonable steps to reduce human exposure to BPA in the food supply.” Yet it is BPA’s use in lining cans and plastic containers that reduces human exposure to botulism and other deadly food-borne illnesses.

What is “reasonable” about limiting something that protects public health and safeguards the American food supply?

Shaw called BPA the “perhaps the favorite target of fear entrepreneurial and ‘environmental’ fund-raising groups, even though there is not a scintilla of evidence shows harm to humans at any rational level of exposure to this chemical.”

Shaw’s observation is best illustrated by news stories promoting studies showing that BPA has been detected in the urine of more than 90 percent of Americans, but those same stories do not mention that BPA measured in human urine samples amounts to 2.6 micrograms per liter, which is 1,000 times less than the EPA reference dose.

If humans were exposed to massive amounts of BPA every day of their lives, they would still face no harm, but actual “exposure” is so small as to be virtually beyond measure.

If science does not support the many claims against BPA then why are there efforts by legislators to introduce new laws to ban BPA and other beneficial chemicals? Politics and fear are no substitute for science. They are used as fund-raising tools for environmental groups and to give politicians the appearance of acting in the public interest.

Unfortunately, the failure to check the facts has made some news media co-conspirators in this scare campaign, whenever they repeat baseless claims about BPA.

This false BPA narrative is so prevalent that in January, Rep. Edward Markey, (D-MA) introduced a bill to prohibit BPA in food and drink containers. Never mind the innumerable studies showing no harm from BPA, the complete absence of any study showing consumer harm from BPA and the half century of safe BPA use.

Rep. Markey claims his bill “will help keep BPA out of our bodies while also ensuring that all food and beverage containers are free from dangerous chemicals.” The truth is that banning BPA from use in metal or plastic food containers would invite potentially fatal health risks from food poisoning.

Eight states, plus Canada and the European Union have already approved limitations on BPA, none of which is based on any evidence that BPA causes harm to human health. The justification has always been the “Precautionary Principle” which requires the banning of something unless it can be proved to be not harmful. Use of the Precautionary Principle in science is akin to malpractice because it is impossible to prove a negative.

The confusion over BPA has so far resulted in sharp divides over whether and how to further regulate it. While the Massachusetts Public Health Council approved new BPA restrictions last year, the California Senate rejected a similar ban in that state in 2010. In Maine, state regulators sought draconian restrictions on BPA only to have Governor Paul LePage offer a regulatory reform program reversing those regulators in favor of having Maine’s standards parallel those of the federal government.

At the federal level, the U.S. Senate last year defeated attempts by Sen. Dianne Feinstein (D-CA) to impose a federal ban on BPA in certain products while the World Health Organization last November recommended against any further regulations to further limit or ban BPA.

Fear tactics, not scientific fact, are the primary drivers being used to deprive Americans of a necessary and safe component in valuable shatterproof plastics and a proven method of protecting food and drink. Only by overcoming a legion of fear-mongers can BPA continue to do so.

Editor's Note: You can read The BPA File - Part One here.

The way I see it,
the only toxic compound dangerous to our well being are tenants of the US Capitol and the White House...

I think the line "Politcs and fear are no substitute for science," says it all.

I've linked to this post on my blog dedicated to the truth about BPA, Hands Off My Plastic Stuff. It would be great if you had a chance to take a look! www.handsoffplastics.com

@Hands-Off: What a great blog! I have bookmarked it. Between now and June I will complete my six-part series on BPA.