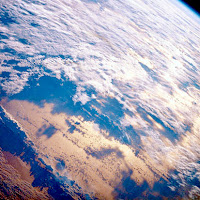 Alan S. Blinder is a professor of economics and public affairs at Princeton University and a former vice chairman of the Federal Reserve. All of which might explain why the nation is broke and why “intellectuals” like Blinder are responsible for some of the most stupid ideas ever imposed on citizens who lack their credentials.

In the January 31st edition of The Wall Street Journal, Blinder had a commentary titled, “The Carbon Tax Miracle Cure.” It is a masterpiece of ignorance.

Blinder claimed that “Everyone knows that CO2 emissions are the major cause of global climate change, that climate change poses a clear and present danger to our planet, and that the U.S. contributes a huge share of global emissions.”

One can only conclude that Blinder is among the last of Al Gore’s acolytes who has not heard that the only “climate change” occurring is the same that has been going on for 4.5 billion years on planet Earth.

Blinder’s miracle tax is “a carbon tax—really, a carbon dioxide tax—but one that starts at zero and ramps up gradually over time.” Will someone please tell Binder that the scheme to sell “carbon credits” for the right to emit carbon dioxide (CO2) has gone bust? Even the Chicago Exchange created to foster this “global warming” fraud has closed its doors.

The idiocy of Blinder’s “miracle tax” is that, if you can tax CO2, what is to prevent government from taxing oxygen too? Or nitrogen? Hell, just tax the entirety of the Earth’s atmosphere because, obviously, we are just using too much of it.

Blinder’s justification is that “the U.S. contributes a huge share of global emissions.” So, naturally, Americans should be taxed for exhaling six pounds of CO2 every day, along with every other activity from manufacturing to transportation, as well as heating and cooling our homes and all other structures. Every living creature and most all human activity emits CO2 along with the earth’s numerous active volcanoes.

It probably never occurred to Blinder that all other nations also “contribute” global emissions.

Despite what the liars at the Environmental Protection Agency are loudly shouting these days, carbon dioxide is not a “pollutant.” In earlier eras there was far more CO2 in the atmosphere than now, providing the dinosaurs vast amounts of vegetation on which to dine and something to eat for those dinosaurs with a taste for other dinosaurs.

The only “global warming” in recent times has been the one degree of warming that began to occur at the merciful end of the Little Ice Age from 1300 to 1850. The Earth has, since 1998, entered a new cycle of completely natural cooling due to a solar cycle called the Maunder Minimum when the Sun’s radiation is reduced.

Acknowledging that “this is a terrible time to hit (the nation) with some big new tax”, Blinder nonetheless advocates a carbon tax that “should be set at zero for 2011 and 2012. After that, it would ramp up gradually.”

This would lead, says Blinder, to “lucrative opportunities from carbon-saving devices and technologies.” He envisions “80% of our electricity being generated by clean energy sources in 2035.”

By clean energy Blinder means wind and solar energy which, together, barely produce one percent of the electricity America uses daily. It is unreliable and would not exist were it not for government subsidies and mandates requiring its use.

Meanwhile, the vast bulk of our electricity comes from coal, just over 50%, and a combination of natural gas, nuclear, and hydroelectricity (dams). Even if we blanketed several States with solar mirrors and wind turbines, we could never match the cost effectiveness and efficiency of fossil fuels.

Blinder notes that “No one likes to pay higher taxes” and dismisses value-added taxes (a favorite form of extortion in Europe), but in his view “A CO2 tax trumps them all”, concluding that a carbon tax would reduce oil imports.”

Apparently, it has not occurred to Blinder that extracting some of America’s vast oil reserves, billions of barrels worth, might also reduce oil imports, but what is one to expect from a professor of economics who thinks taxing a minor component of the atmosphere would solve our present economic problems?

Only morons want to turn America’s corn into “biofuels.” Only charlatans want to “reduce” greenhouse gas emissions. And only those locked in academic ivory towers keep insisting that man-made “climate change” is “a clear and present danger.”

If you actually think that scheming, greedy clowns like Albert Gore and his ilk are going to change their tune, I have some fine, unspoiled waterfront property on the MOON to sell you.

@Conway. Wish I could take advantage of your offer, but I have just invested in similar property in the Sahara desert.

Um, I actually had him for a professor at Princeton. I believe his last name is "Blinder." I am in support of your underlying message but you undercut a critique of someone as being ignorant of the facts when you yourself get the name of a prominent public official wrong.

Typical liberal approach... Pass a law that has no consequences for a year or two, then phases in right in time to blame it on someone else ...

After the last couple of years of bad news for the Warmists it seems that they are trying to fight back to prominence.
You have your 'nutty professors' and the UK has its lamentable souls.
The latest one to emerge is Sir Paul Nurse, a Nobel Prize-winning geneticist, now President of the Royal Society and which has been promoting warmist creed even. longer than the BBC.
The present tactic seems to be a pincer movement between the BBC and people like Nurse in the form of a subterfuge perporting to give "deniers', a faux debate, a say but in actuality is a television documentary aimed at trying to destroy the credibility of the interviewed 'denier'.
Two famous 'deniers'(at least in the UK)to be so stiched-up are James Delingpole of the Daily Telegraph and Lord Christopher Monckton, as was also the distinguished Professor Fred Singer.
The ploy is to engage these people in long and cosy filmed and recorded discussion, then to dissect the interview, take phrases out of context to the detriment of the subject in order to present the person as an isolated idiot, that 'sceptics'are isolated and on the wrong side of true science.
This is ad hominem in extremis and totally disgusting and unexceptable in any shape or form.
If this is the kind of head the Royal Society presents then it is any wonder it has lost its credibilty and respect?
In his memoirs, the senior BBC newsreader, said, “The BBC became a propaganda machine for climate change zealots – I was treated as a lunatic for daring to dissent.”
Well, it looks as though things are not changing anytime soon. Maybe when ice fares are held on the Thames amid major crop failures and food riots the BBC and Nurse will be held to account.
Noooo, I doubt it, they never are.
Clive in the Philippines

Good Afternoon Alan
If we exhale 6 pounds of CO2 daily, that is just on a ton per annum. So the illustrious Professor Binder would wish that, by 2040, every person walking the planet at that time will stump up a $300 annual tax to provide themselves with the right to exhale. Or have I misread something?

You Americans can certainly find them!!

@Warren: My bad! I have corrected the text and appreciate that you called this to my attention.

It's time to take drastic measures. The next time a government official tries to push a CO2 tax we must all say "Nee!!!" to them. I realize this may seem harsh but it's time to let them know that they are much too silly. Thank you for your time. I must now go practice not holding my breath.

Like you, I really get tired of these people who spout, "everyone knows", when spouting greenie nonsense. I have two points I would like to make.

1. If we were to go after all the oil deposits within the jurisdiction of the U.S. we would be energy self sufficient in no time. If we would start building refineries, along with unlimited drilling, it would re-charge to economy, and the taxes generated would help tremendously with the debt. And it would keep hundreds of billions dollars out of the hands of terrorist supporters.

2. It is estimated that federal regulations will cost 1.75 trillion dollars this year. If we were to cut this in half (and does anyone really believe we even need so many regulations?) we would save the American public 600 billion a year. That alone would pay off the national debt in 15 years, not to mention how much that alone would impact the economy positively.

This is basis stuff, even I understand it. Why is so many refuse to embrace this? We have really lost our minds.

I visited Mr. Blinder's Princeton website only to find his white paper touting July 2010 as the "end of the recession" and stating "had the government not stepped in to fix the economy we'd all be....blah, blah, blah" What planet do these guys live on? Do they ever go to other cities and talk with business owners, people paying bills, etc? I find it incredulous that his writings are given any credibility at all.