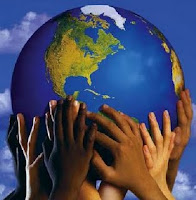 In his famed poem, Mending Wall, the American poet, Robert Frost chided the rock wall that he and his neighbor would mend each spring, replacing fallen rocks. “He is all pine and I am apple orchard. My apple trees will never get across and eat the cones under his pines, I tell him. He only says, ‘Good fences make good neighbors.’

You can see the Great Wall of China from outer space. It is an astonishing piece of work

Begun in the fifth century B.C. and added to by later dynasties, it succeeded in defending China from invasions by northern tribes. In 1600, it helped the Ming dynasty defend against the Manchu, but when the gates at Shanhaiguan were opened in 1644 by a dissident Ming border general, the Manchus quickly seized Beijing and that was the end of the Ming dynasty.

There has been a growing call for a wall on the U.S. southern border with Mexico. Given the way Mexico has fallen into a state of barbaric anarchy by warring narcotics gangs, including increasing murders of Americans foolish enough to go there, it is a very good idea.

There are currently an estimated twelve million Mexicans and “other” illegal aliens residing in the United States, enjoying many benefits. Instead of aggressively dealing with the problem, the government under several administrations and the current one has opted to offer “amnesty” and grant them a citizenship they have not earned and do not deserve in the context of our laws.

The only thing these amnesties managed to accomplish was to encourage more millions of illegal aliens to cross our borders, to stay on beyond their visas, and to otherwise flout our immigration laws. They are not “undocumented”. They are criminals.

Naturally, when British Prime Minister David Cameron and French President Nicolas Sarkozy recently gave speeches or expressed their opposition to “multiculturalism”, it made news when it turned out they were appalled by the failure of this idiotic concept. Germany’s Chancellor, Angela Merkel, had already expressed that opinion.

There was a time when someone was proudly British, French or German. Today, their distinctive cultures are being hollowed out by waves of immigrants who have no desire to assimilate or adopt the values of their new homelands.

All of which raises the question of why, here in America, you have to “press one” to conduct a conversation in English, Islamic foot baths have been installed in the Kansas City airport, why ‘Islamic immersion’ classes have been inflicted on children in a California school district, there was a demand an Arabic public school in New York and a mosque within sight of Ground Zero, and why government documents are often printed in foreign languages.

The victory over Europe that the Muslims could not achieve by invasion and which ended with the defeat of a Muslim army outside of Vienna on September 11, 1683, has been achieved by a constant flow of immigrants from the Middle East and northern Africa as Europe opened its doors because their indigenous populations failed to reproduce in enough numbers to maintain their economies.

It is a principle of demographics that, as a nation becomes more prosperous its population tends to replace itself more slowly. Birthrates in America across the racial spectrum are in decline, reflecting those in Europe By contrast, places like China and India are where you find a billion or more people.

In 2008 Los Angeles County, population 10.2 million, was where 42% of workers were paid cash and did not pay taxes; 90% of warrants for murder in Los Angeles were for illegal aliens; more than two-thirds of all births were to illegal aliens; nearly 40% of all inmates in California were Mexican nationals who were there illegally; and, nationally, while less than 2% of illegal aliens were picking crops, 37% were on welfare.

These and a mountain of other statistics testify to the failure of the American government to enforce its immigration laws and deter an army of illegal immigrants from invading the nation.

The argument will be raised that America is “a nation of immigrants”, but that was then and this is now. The earlier flow of immigrants from Ireland, Scotland, Italy, Germany and Russia were needed in the 1800s to provide workers for the nation’s industrial base and as farmers for its expanding land mass. And they were white and Christian.

The importation of Afro-Americans as slaves, starting early in America’s history, led to the Civil War, followed by the horrid “Jim Crow” era until the Civil Rights movement in the 1960s. These days they are minority population smaller than Hispanics and, thanks to a variety of liberal welfare programs, are too often a dysfunctional element of American society.

There is an unrelenting tyranny to demographics; the statistical study of migrations and birth rates of peoples throughout the world. Unless Europe and America address it, putting the breaks on further immigration, they are at risk of falling prey to it and failing as a result of it.

England, France and Germany’s leaders have finally begun to speak out about and against it. It may be too late. America refuses to even acknowledge it.