China is NOT the Future 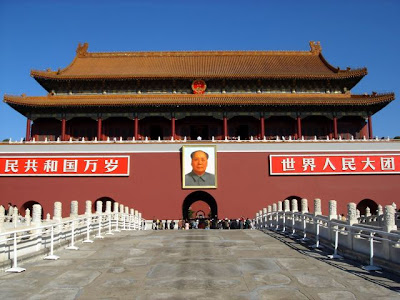 Last year I read a book, “China’s Megatrends: The 8 Pillars of a New Society” by John and Doris Naisbitt and was so entranced I completely neglected my normal skepticism and missed all the signals that what I was reading was essentially propaganda.

I wonder now how I could have missed this after reading just the first page in which the authors said, “the constancy of the Communist Party has worked not against but for the well-being of the Chinese people. Long-term strategic planning could be carried out without the distractions and disruptions of elections that characterize western democracies.”

Oh, wow! This line from the second paragraph of the book says everything you want to know about its justification of a completely authoritarian system whose brief history has put millions of Chinese in their graves, invaded and occupies Tibet, and is most famous for the slaughter in Tiananmen Square where mostly young Chinese were expressing a desire for real democracy.

A new book provides a far different perspective. Troy Parfitt is a Canadian who has lived for years in South Korea and in Taiwan as a teacher of English. He has previously written “Notes on the Other China”, but his new book is titled, “Why China Will Never Rule the World: Travels in the Two Chinas” ($20.95, Western Hemisphere Press, New Brunswick, Canada, softcover). It is, for all intents and purposes, a travelogue of a three-month odyssey the former Taiwan-based author took throughout 17 provinces of China until he could no longer stand being in the Middle Kingdom.

Parfitt is his own man and one with an eye for detail and a talent for describing his journey in ways that do not ignore some obvious and ugly truths about the real China, not the tourist China, and most certainly not the China created by media myths.

He has the added benefit of having actually studied the history of China, past and modern, to the point where the book’s “select bibliography” runs to nearly 70 titles. As much as he made a point of visiting the places a tourist is expected to visit, because he spoke Chinese he was able to speak with the locals along the way in ways most tourists cannot. He was not taken in by the “exotic” aspects of China because he had spent enough time in Asia to have lost any naiveté.

Thus, Parfitt, looking for a description, concludes that China is “the epitome of George Orwell’s most famous novel. It is ‘Nineteen-Eighty Four with Chinese characteristics.”

Orwell’s book is about an authoritarian future ruled by Big Brother where truth is what the state says it is. It is a world inhabited by “proles” who are not encouraged to have any thoughts other than those approved by the state. It is, in short, Communism.

“China’s great rise is a great illusion,” says Parfitt. “Modernization in Chinese society is little more than window-dressing, the welding of superficial constructs—Pepsi signs, department stores, state-of-the-art production methods—onto an antique mindset. To say that China is rising is exceedingly vague. To say that it is already great or slated for greatness is a mindless mantra at best and a cheap marketing ploy at worst.”

One is brought up short when told that “China’s economic advances are certainly impressive, although it’s important to remember that foreign companies are responsible for roughly 60 percent of all Chinese exports and 85 percent of all high-tech exports.” (Emphasis added)

And then Parfitt adds, “Politically, culturally, socially, and historically, China has practically nothing to offer the Western world…or any other non-Confucian country or culture.”

“China does not even meet the definition of a developed state,” notes Parfitt. “As of 2009, it was listed on the United Nations Human Development Index as being in the 92nd spot.”

“Chinese culture remains locked in a self-replicating state of chaos, myopia, inefficiency, intolerance, violence, and irrationality. It is, in a word, backward,” says Parfitt. “China may be embracing Western trends and technology, but so what? It’s been doing that for more than a century. Culturally, and psychologically, it remains anchored to the distant past.”

For my part, I have long thought that a nation with 1.3 billion people is not likely to function well under the best of circumstances, even with the most enlightened leadership. If you want to see a country that has real potential to emerge in a leadership position among nations, look instead to India which had the great good fortune of being a British colony long enough to adopt its best qualities.

If the U.S. ever gets around to reducing its hideous debt and, in particular, reducing the amount of it owned by China, we may also begin to treat China more realistically. In the meantime, let’s not romanticize China.

Alan, I work as a shoe-repairer in the UK, and our trade is going through the hardest time in living memory. This is mostly due to imports of cheap chinese footwear that makes it more economical to throw your old shoes away than to get them repaired.

Until I read your post it had never struck me that the only things china exports are cheap and tawdry mass-produced articles that are made to be used once and discarded. Hardly what one would expect from a country with ambitions to be the number-one trading nation in the world.

The same is true of China.

@Dirk: Thanks for your input. From your unique perspective, you have put your finger on the real China, producing shoddy goods for the Dollar Store.

I hope things improve for your trade. Here in the U.S. they charge outrageous prices just for a new pair of heels.

I love Chinese food and here in Rowlett we have several mediocre places turning out what passes for Chinese food...

One was recently put out of business by a REAL Chinese place opening up, serving, of all things, REAL Chinese food...

The Chinese even undercut their own...

@Texas, that's funny. And true! We had family friends who had a Chinese restaurant and the food was authentic and delicious beyond belief.

When I was a young soldier stationed in the Philippines in the late 1960s, the locals called the Chinese minority in the P.I., "The Jews of the Far East" in envy of the fact that the Chinese were such good businessmen and owned a considerable section of the Philippine economy making their small ethnic group the most wealthy and educated in the country in those days.

Perhaps the Jews and Chinese are brothers in the world of commerce, and this explains why the Jews love Chinese food so much :-)

As you watch the movement of money and financial power from West to East, it may well be that China is not The Future. For now, however, they're doing better than we are as to fiscal matters.

I don't know about the Dollar Store, but Harbor Freight and Northern Tool sell some decently-made items.

Japan acquired by trade after WW II what she'd gone to war to acquire. China has avoided war and is making trade compacts for resources all over the world. We're not.

For now, I think I'd rather have .$2.4 trillion worth of jingle in my jeans than a giant black hole of a $14 trillion debt.

The good thing about China becoming a major player in the world is their lack of political correctness.I figure with the dire shortage of women in China due to their one child policy, sooner or later the Chinamen will invade the middle east. First they'll take all the oil they need, then they'll kill ALL the males and take the all the desirable women.

@ck. These are fanciful projections. I'm thinking the Chinese will be content to stay in China for the most part. It's a big place.

A couple of points.

The Chinese are probably Semites. Job was called the greatest of the Orientals. I don't know for sure, but they really may be the Jews of the Far East.

As for China’s continued growth, there is a great book out there called The Wealth and Poverty of Nations, and I believe this is the one that discusses how at one point China was technologically 500 years ahead of the rest of the world. They threw all of that away because the rulers were afraid that more advancement could potentially endanger their rule.

They imposed taxes and regulations so onerous that it stifled all growth, including scientific growth. They even buried and forgot discoveries they had already made and abandoned foreign exploration, an area in which they excelled far beyond any other nation or people on the planet.

However, we must rid ourselves of all these taxes and regulation that prevent the American economy to become a force of nature once again.