Why Obama Will Be Defeated in 2012 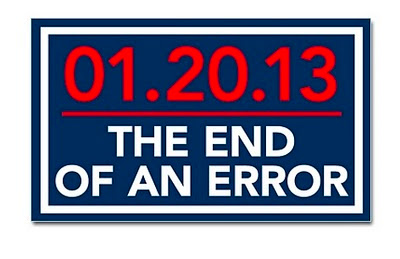 To this observer, the likelihood of Barack Obama being reelected in 2012 is so remote that I can safely predict it will not happen. Of course, as is commonly said, two weeks, let alone two years, is a long time in politics and all manner of events could intervene, but if one follows the trends in place, he will be a one term president.

Recall that Jimmy Carter and George H.W. Bush were one term presidents for differing reasons. Despite a genuine victory when U.S. led forces drove Saddam Hussein’s army out of Kuwait, Bush 41 was savagely attacked by a hostile press throughout the campaign and his term in office. The former WWII hero was called a “wimp” and, when he did accede to raising taxes, he sealed his own fate. As to Carter, he was seen by all to have been a monumental failure.

Almost weekly the incompetence and sheer arrogance of President Obama has been manifest since he took the oath of office. I recall an interview in which he expressed the opinion that he might well be a one term president and I thought that odd at the time.

In retrospect, it seems to me now that he always knew that his radical socialist agenda would likely ensure his defeat for a second term. Obama was and is the "Manchurian candidate", put into the Oval Office to achieve as quickly as possible the completion of a Socialist/Communist agenda.

To put it another way, the destruction of the capitalist economic system that has been the foundation of America’s great wealth and power has always been the goal of the Left. To achieve this, Obama installed 32 “czars” in the White House, most of whom were not vetted by Congress, nor are answerable to it. They promulgate policies and regulations while by-passing congressional oversight. It's one thing to have advisors and quite another to have co-conspirators.

One has to reach back to the Clinton years to recall how soundly rebuffed “Hillarycare” was as the initial attempt to take over the health care industry in America. One needs to recall how Hillary Clinton fought through the primaries until her only opponent was Barack Obama and how, after he had secured the Democratic Party nomination, the plum assignment of Secretary of State was given to her; two peas from the same Alinsky pod.

On top of the financial crisis that too conveniently began as the 2008 campaigns were coming to an end was the Patient Protection and Affordable Care Act—Obamacare—that was taken off the shelf and, this time, forced through a Democrat controlled Congress, often with bribes, often with a lot of brutal political arm twisting. And the response, even before it became law a year ago was the sudden rise of the Tea Party movement.

The next response came in the 2010 elections that returned political power in the House to Republicans and narrowed the Democrat majority in the Senate. And that is why Barack Obama will be defeated in 2012.

Another factor that will contribute to his defeat has been his support for the gangster tactics of public service unions in Wisconsin and the runaway members of its legislature. Opposition to the public sector unions has been on the rise in the nation as more voters became aware of how they have bankrupted virtually every State with salaries, pensions and healthcare plans that exceed those of taxpayers who are expected to pay for them.

Then there are the events in the Middle East and Obama’s uncertain response to them. The immediate impact will be a rise in the cost of gasoline at the pump and that is something that everyone can grasp. Add to that Obama’s attack on the nation’s energy industries, coal, oil, and natural gas, and you have the perfect storm for a president whose popularity is dropping.

In the past two years during which upwards of twenty million Americans lost their jobs, the unseemly and frequent vacations by the President or by his wife have not been well received by those less fortunate and, it should be said, less ostentatious. Dictating what Americans should eat while dining on spare ribs reminded many of the First Lady’s caloric hypocrisy.

Mostly, though, it has been the accumulation of lies about virtually all aspects of his political agenda that now comprises a record that will be mined by whoever is chosen to run against him in 2012.

There are still, however, two more years to go and Barack Hussein Obama and his “czars” can do a lot of damage if not thoroughly reined in by Republicans in Congress. Americans have little choice other than to survive Obama at this point in time. And we will.

It is the supposed 46-48% who still approve of his job performance that causes me consternation over potential 2012 results.
I think independents have seen the light, and have had enough, and those votes will more likely be cast for the GOP rather than Obama next time around.
The speed of communications, news, and media spin are what makes it all such an unknown compared to the past, and the media will continue to be "all in", portraying him as a great leader that deserves another term, though he is the worst excuse for a president I have ever seen.
I do think that both the House and Senate will swing even further to the right.

Poll in Richmond TD said Obama would win in VA if election were held today. I don't want to believe it but that what they say

Mr Caruba,
I do agree with you...
100%...
though..
I must admit..there is the worry withinmyself to fear the worst...
I am not going to write a story, but obama & company displaying a TOTAL ignorance of the law and judges orders...
forcing policies down our throats...
DOJ piece of tail stating: ..."my people"...
the GOP not having enough stamina and guts to stand up to this
M A N U M E N T A L farse is worrysome...
to say the very least!!
I hope to God you are right and the PRETENDER-IN-CHIEF will be no more in 2012!!!
but working with people from various walks of life in 5 states for the past 25 years ....
that's what I thought about the last election...
...I was in a daze !!!!!!!!!!! for few days after the election results...
I simply could not believe it!!!

yes!!!...call me paranoid...crazy...or stupid...
I simply have the morbid thought of him being elected one more time...
...I am not going to go into the legality of such perversion.,...

Alan, I sure hope you are right. I am more skeptical about Obama being a one term president. I even fear that the freshmen congress we have hung our hopes on may end up being a one term congress. I say this because the American electorate has a really short memory and even less patience. The Republicans have been handed a financial disaster to clean up and they will be the bad guys in all of this for making the tough decisions and making the cuts. Everybody is in favor of balancing the budget and reducing the deficit until they find out that it may be their ox that gets gored. Sadly, many stand first as special interests, not as Americans. You and I and all of your readers I suspect walk into the voting booth and cast a well informed vote. But for each one like us, there is an imbecile who can’t name the VP, any of the cabinet secretaries, and knows virtually nothing about how our government runs, yet they can walk in and cancel our votes. These are the ones who will vote for Obama and more democrats and that is why I worry about 2012.

I think if someone like Sarah Palin gets the GOP nomination and pulls no punches thrown at Obama and the Democommie Party - our side wins in a landslide.

However, if a RINO wimp like "Perfect Haircut" Romney wins the nomination and refuses to attack Obama's character,socialist ideology and many failures - the good guys lose the election and maybe the country.

Have you forgotten the 2008 debacle? Do you think the media would not destroy her if it could?

Go, Ronbo, and pray at the Ron Reagan Wailing Wall and repent, repent!

If there is a God........this will be true!!! I fear America will not survive another term.

Yes, I will support Palin with all my heart and patriotic soul if she runs for president - and I will even support "The Perfect Haircut" Romney if he wins the nomination.

In regards to the Leftist Palin Hate Machine: I will never forget the hatred they beamed against Reagan and Bush. The fact of the matter is that if somehow Jesus Christ came back to earth and ran as the Republican nominee for president in 2012, the Leftist Media Hate Machine would go into overdrive saying The Good Lord hated women, minorities and the labor unions.

Therefore, whoever wins the Republican nomination for president they had better "embrace the suck" of the inevitable Leftist Media Holocaust against them and be prepared to fire back at the Left in the same forceful manner they fire at the Right and take full advantage of the growing conservative media to get their message out.

This is what I like best about Palin: SHE FIGHTS!

Jesus was crucified. Whether the media does it or the Romans do it, it is still a crucification.