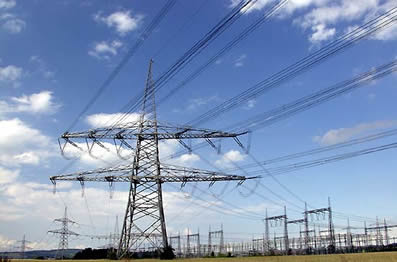 Reading the Environmental Protection Agency’s news releases is a trip into the world of science fiction, of fantastical assertions and predictions that have no relationship to reality. The EPA is a most wicked assemblage of alleged scientists and political appointees whose sole purpose is to economically burden the industrial, commercial, and agricultural sectors of the nation in every way possible.

Most reporters covering environmental issues these days are so brainwashed and brain dead they never actually question the drivel that the EPA shovels on a daily basis. The latest is a March 16 release “EPA Proposes First National Standard for Mercury Pollution from Power Plants.” The key words here are “power plants”, the 24/7 generators of the electricity we all depend upon.

By burdening power plants with unnecessary costs the EPA drives up the price of electricity and are thus able to make a better case for “renewables”, the worst, most unreliable and most unaffordable producers of electricity, wind and solar power. In the process, they get to demonize coal-burning plants that produce fifty percent of the electricity.

The opening paragraph of the EPA release is a staggering 100-plus words in length, two run-on sentences that would earn any high school English student a failing grade.

“WASHINGTON – In response to a court deadline, today the U.S. Environmental Protection Agency (EPA) proposed the first-ever national standards for mercury, arsenic and other toxic air pollution from power plants. The new power plant mercury and air toxics standards – which eliminate 20 years of uncertainty across industry – would require many power plants to install widely available, proven pollution control technologies to cut harmful emissions of mercury, arsenic, chromium, nickel and acid gases, while preventing as many as 17,000 premature deaths and 11,000 heart attacks a year. The new proposed standards would also provide particular health benefits for children, preventing 120,000 cases of childhood asthma symptoms and about 11,000 fewer cases of acute bronchitis among children each year. The proposed standards would also avert more than 12,000 emergency room visits and hospital admissions and 850,000 fewer days of work missed due to illness.

The assertions made on behalf of the proposed rule, one that the EPA has waited eleven years to slip by the public, are so absurd that it is testimony to how stupid the EPA thinks the public is.

It is an aggregation of statistics without any citation of their source, all intended to drive home the horrors that Americans have allegedly been living with and fanciful health threats the rule will allegedly prevent. How can anyone know or even predict how many “emergency room visits” are attributable to mercury, arsenic, chromium, nickel, and acid gas emissions? And who among you knows the actual amounts? The facts put the lie to this fear-mongering and the EPA’s own monitoring data provide them!

The release continues in this fear-mongering vein, blandly stating that “Toxic air pollutants like mercury from coal-and-oil fired plants have been shown to cause neurological damage, including lower IQ, in children exposed in the womb and during early development.” So this new rule is all about saving unborn and infant children from the horrible coal-and-oil plants. How much government regulation is attributed to protecting children? A lot! Where is the proof offered by the EPA for this assertion? Not stated.

Again, if these emissions are such a dire health hazard, why did it take eleven years for the EPA to take action? The answer to that is that this EPA is operating within the most Leftist, power-grabbing administration in the history of the nation. It is under the control of a known socialist, Carol Browner, the President’s energy and environmental czar, and her sock puppet, Lisa Jackson, the Director of the EPA.

If you want to learn the truth about the state of the nation’s air quality and the lies being told by the EPA, you should read Steve Milloy’s 16-page analysis, “EPA’s Clean Air Act: Pretending air pollution is worse than it is”, posted to Junkscience.com on March 9, 2011.

“The EPA relies on health studies that exaggerate harm and economic studies that understate regulatory costs in order to maintain the fiction that its ever-more stringent regulations are providing meaningful public health benefits,” says Milloy. He then cites studies of particulate matter in 32 Midwest and Eastern states covered by the Clean Air Transport Rule that demonstrate how meaningless the EPA assertions are.

“There is no tangible scientific evidence that current air quality standards are not already more than sufficiently protective of public heath. Data has been hidden from the public by the agency and by a clique of EPA-funded researchers.”

You’re being duped. You’re being robbed. The utilities affected by this new regulation only want “certainty” regarding how much they will have to shell out for the unnecessary mediation measures that will be required. The bill will be paid by energy consumers who have no choice.

"The EPA is a most wicked assemblage of alleged scientists and political appointees who sole purpose is to economically burden the industrial, commercial, and agricultural sectors of the nation in every way possible."

Alan, you've got to stop holding back man, let it out, let your feelings show, this keeping it to yourself is bad for your blood pressure... You may end up smoking cigars and drinking wine or something... :)

As always, right on target and to the heart of the matter! Well done Sir, well done indeed...

@TexasFred: Too late! I am already smoking cigars and having a splash of booze on occasion. The good news is that no microbe or bacteria can survive on or in me for more than a few minutes.

My late Mother, an international authority on wine, lived to age 98!