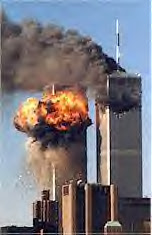 Americans greeted news of Osama bin Laden's death with a celebration of the payback it represents for the deaths of nearly 3,000 Americans on September 11, 2001.

As former Vice President Dick Cheney said on hearing the news, “Today, the message our forces have sent is clear—if you attack the United States, we will find you and bring you to justice.”

This is part of the American psyche. A great power cannot allow itself to be attacked and harmed without rendering retribution. Every day bin Laden drew breath after 9/11 was a rebuke to America.

The 9/11 attack, however, grew out of a larger context, the Islamic central concept of jihad. Far from being “a religion of peace”, the Koran is a battle plan for the conquest of the world by Islam and jihad is regarded as a sacred duty for all Muslims.

This is why political correctness regarding how we deal with Muslim demands in the United States is a danger to the nation. Islam is one big hate crime directed at all other religious faiths. Failure to understand that is to sign the nation’s and the world’s death warrant.

The irony of al Qaeda’s legacy has been the vast numbers of Muslims that have died as a result of its efforts to overthrow the governments of nations whose wrath it invoked. In the bizarre illogic of the Arab world, even as many Saudis allegedly contributed to al Qaeda, one of its aims was to overthrow the Saudi royal family who bin Laden had condemned for allowing American troops to encamp on its “sacred sands” in the first war against Iraq’s Saddam Hussein.

Al Qaeda was and remains a threat to the existing governments throughout the Middle East and, of course, anywhere in the world it wants to target. The U.S. has cut off the snake’s head, but must now remain even more vigilant against retaliation. That said, there is no doubt the organization has been significantly weakened with the loss of its symbolic leader.

Osama bin Laden has become to many Arabs what the Cuban butcher, Che Guevera, became to Communists and their dupes.

My suspicion is that al Qaeda will break into more isolated, individual units in nations throughout the Middle East and become even more vulnerable to being dismembered and destroyed. It is, however, northern African and Middle Eastern nations that are being restructured from within by millions of Muslims who have grown tired of the century’s old oppression that has been Islam’s hallmark.

Americans should not expect democracy to break out in the Maghreb or the Middle East, but it can expect governments there to become more responsive to the expectations and demands of their people. Even those in the Middle East know they are far behind those in the West in terms of any true freedom and justice. They have seen it and they want it.

We are told bin Laden’s body is in American hands. My suggestion—a fanciful one—is that it be embalmed and put on display in the Smithsonian as a reminder of the threat the nation will continue to face for decades to come.

Lastly, at a time when there are discussions of cutting the defense budget, we need to take heed of the courage and skill of those military who attacked the bin Laden compound in Pakistan and rendered the ultimate justice.

“People sleep peaceably in their beds at night only because rough men stand ready to do violence on their behalf” is a quote attributed to George Orwell, the author of “1984”, a novel warning against all forms of totalitarian government.

Americans, despite our present economic distress, have to keep in mind that our nation has real enemies in the world and they aren’t exclusively Muslim. They are the reincarnated version of the former Soviet Union, Chinese Communists, North Korea, and others that wish us ill.

Their greatest allies will be those who preach isolationism and passivity.

For that, we must put our financial house in order and soon---or we shall witness our enemies celebrating, just as we celebrate today.

Absolutely "Right On" as usual. We must be ever more vigilant now that the snakes head is gone. Those fanatical Muslims will undoubtedly be plotting some sort of revenge even as we speak. Our Defense budget must be maintained to meet this ongoing threat.

Thank God for our wonderful service men! Kudos must be given to Patreaus who stuck his head on the block in while going after things in Pakistan, something the administration was loathe to do as the Pakistanis didn't like it.

All in all a good day! However, normally when one cuts the head off a snake, the body dies. In this case, citing the centuries of radical hatred, etc. that comes from these people, one must still assume the body is whole. The deep rooted hatred not only for Israel, but for anything other than their own views I'm afraid will keep these folks going on their merry way. As such, we must not ease up on the pressure! We go after these radicals until they fold up their tents!

Just cut off a snake of the Gorgon head that is Islam, and already at least 5 other heads have sprung up, each with far more influence on those Islamists of terrorism. Bin Laden, after he had to go into hiding, presented little to no threat to the western culture nations.

This may seem to be a victory, but it is false. If anything it will foster more Islamist terrorist attacks on Western culture nations.

Now, we have made a martyr of bin Laden, which was in my opinion, a great error. If it takes our military forces and intelligence agencies some 10 years to find someone who was "hiding out" in a million dollar mansion in Pakistan, it demonstrates how little influence those many billions of dollars in aid to Pakistan bought us there.

As I have said before, the main problems in Africa and the Mideast is that the ordinary people no longer have enough money to feed and house themselves, mainly due to the artificially manipulated extremely high world price of oil. With little to lose, of course there are uprisings.

The folly of "CO2 is bad" is absolutely untruthful, is about to bite us in the butt badly.

CO2 is the base source of all the food we eat, and the very oxygen we breath. With all that much less of it, agriculture production would be far less, and it would be a disaster for the entire world, humans, animals and plant life alike. Now we are about to pay the price for such folly.

@Larry: A great nation MUST kill its enemies--those that have attacked it and killed its people. Otherwise it loses its legitimacy and is deemed weak.

Islam is one big hate crime directed at all other religious faiths...well said indeed..GOD BLESS AMERICA!!

Beautifully said, the whole post, from every aspect. Which Ceasar said "Let them hate us, so long as they fear us"?

Alan as a variation of the old saw goes, when you are indeed weak, best not demonstrate it by actions.

That it took almost 10 years for "our" CIA to track down one person only serves to demonstrate how pitifully incompetent that agency has become, and in any event revenge is a dish best served cold, with no forensic evidence left behind, and quietly let out.

Too, because after handing out somewhere in excess of 100 billion dollars in the way of "aid" to Pakistan, and given that Osama was "hiding in plain sight" in Pakistan, shows that all those US dollars brought not a darn thing.


Our government has become helplessly stupid and incompetent in about anything the "Congress Critters" or seemingly our local, state and federal bureaucratic systems do in every way I can think of.

Killing one terrorist avails nothing if it doesn't bring huge fear among the others, which this parody didn't accomplish in the least.

Wars, hot or "cold" always involve propaganda, and lots of it. In this supposed "war on terrorists", Osama won the propaganda war by a great margin, and with it the Muslim terrorists. Our side lost big time.