The Swirl of Conspiracy Theories 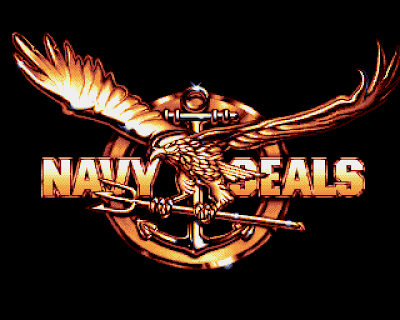 It is testimony to how little Barack Hussein Obama and the government he heads is trusted when one considers the swirl of conspiracy theories that filled the forums on the Internet, the comments attached to articles analyzing the killing of Osama bin Laden, and the general discourse of the chatteratti on radio and television.

Soon enough, photographic evidence will be offered as proof and, even then, the conspiracy theories will question them.

This occurred to me as I searched foreign news websites for information that was not directly generated by the White House. To my surprise, Al Jazeera had a remarkably comprehensive round-up of statements and quotes by leaders from around the world, all welcoming news of Osama’s death.

It also struck me that many commentators took note of the fact that Obama had actually fulfilled former President G.W. Bush’s promise to find Osama and bring him to justice “dead or alive.” The fact that Obama has been, willingly or not, pursuing the objectives of his predecessor did not go unnoticed. In the end, Obama may not get all the credit he craves from the event.

The same Internet that invented and elevated Obama to the Oval Office has been dissecting and disputing virtually everything he has had to say, officially or not, over the past two years or so. He has not come off well.

While all presidents have had to circumvent the truth from time to time, Obama quickly earned a reputation as a serial liar, a 24/7 dissembler, and a thoroughly unreliable source for information about everything from his birth certificate, his two memoirs, and other pronouncements.

Little wonder that spinners of conspiracy theories immediately seized on the news of Osama’s death to wonder out loud about its timing. Was that intended to disrupt the airing of Donald Trump’s “The Apprentice”? Why was Osama buried at sea? Why was he living in a private compound just outside of Islamabad, Pakistan near a military facility? Et cetera!

I was reminded of Occam’s Razor. “The 14th century philosopher William of Occam had a keen eye for plausibility. We know his approach to problem solving by the label "Occam's Razor," an axiom often stated in shorthand as, "The simplest explanation is usually the best."


And then I thought of Heisenberg’s Uncertainty Theory. The more closely you study the subject, the less clearly defined it becomes.

There are useful lessons to be drawn from both. The first is that the basic facts that have been released by the White House and reported widely are probably true. A Navy Seal Team, acting on intelligence gathered by the CIA, Pentagon, and other U.S. sources, identified where Osama was staying and killed him. This is the simplest explanation.

Beyond that, the speculation regarding the event only serves to obscure it.

“Years ago, Ayman al-Zawahiri, now al-Qaeda's undisputed leader, placed it all in context. After he was asked about the status of bin Laden and the Taliban's Mullah Omar, he confidently replied:

‘Jihad in the path of Allah is greater than any individual or organization. It is a struggle between Truth and Falsehood, until Allah Almighty inherits the earth and those who live in it. Mullah Muhammad Omar and Sheikh Osama bin Laden—may Allah protect them from all evil—are merely two soldiers of Islam in the journey of jihad, while the struggle between Truth [Islam] and Falsehood [non-Islam] transcends time.’”

Jihad does transcend time. In a dispatch published in The New York Times on May 20, 1876, “The Disturbances in Constantinople”, the reporter noted that “Our readers, not familiar with Oriental countries can hardly appreciate the passion of fanaticism which at times burns in the breast of the lower classes among the Mohammedans. The majority of these have no idea of the progress made by the Western races, or of the inferiority of their country to other modern states.”

Given 9/11 and modern communications, those in the West do better understand the fanaticism of Islam. Constantinople is now called Istanbul. And Turkey, a bridge between the East and West, has been sliding back into the fantasies and fanaticism of the past.

America, the apotheosis of the modern world, reached out to kill its avowed enemy. That is what great powers have always done and must always do.

I think it's interesting how all the 'war crimes' GWB was (and maybe still is) being accused of are now being executed by our current CIC. It's iteresting how the name of OBL's courier was ferretted out at Gitmo back in 2007and now Obama made use of that information plus other intelligence to order the strike at the compound in Pakistan. You are right Alan, whether or not he knows it, he is executing the plan of the Bush Administration. It's easy for candidates running for the office to snipe and take cheap shots from the peanut gallery. Once they sit in the chair and are privy to all the intelligence it becomes a different story. Bush had to suck it up and take it on the chin and not say anything because to have done so could have jeopardized this mission 4 years hence. Did not Cheney and Rumsfield say they got significant and vital information from the prisoners of war at Guantanamo using enhanced interrogation methods? This president has an ego so big, he will always accept credit when things go well and never accept responsibility or blame when they go wrong. When that happens it is Bush's fault. He's pathetic.

Couldn't have said that better myself Will ...

Even if [Osama bin Laden] is caught tomorrow, it is five years too late. He has done more damage the longer he has been out there. But, in fact, the damage that he has done ... is done. And even to capture him now I don't think makes us any safer.

The death of Osama bin Laden marks the most significant development in our fight against al-Qaida. ... I salute President Obama, his national security team, Director Panetta, our men and women in the intelligence community and military, and other nations who supported this effort for their leadership in achieving this major accomplishment. ... The death of Osama bin Laden is historic....

@Royce. Pelosi is a POS.

Alan, you said "basic facts that have been released by the White House and reported widely are probably true." Since the "basic facts" storyline has changed immensely and constantly, what is the one you like?

I can't think of a single reason to believe anything that comes from the WH, and certainly nothing put forth by the clowns and monkeys of the mainstream media circus.

A look at real history would demonstrate that conspiracies have abounded throughout human history.

Why should anyone think that "modern humans" are somehow different?

@Larry: You got me on that one. I am reaching the point where I am unable to believe anything this White House has to say.