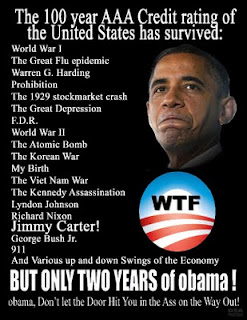 Maybe it’s “just politics” or maybe it’s the fancier psychological term, “projection”—saying that others possess the same traits as oneself—but it is impossible to ignore the way liberals in general and Democrats in particular are quick to label any Republican president or presidential candidate as “dumb.”

In a very real way, it is a form of validation. Michelle Bachmann, when she showed strength in Iowa in its recent straw vote was accused of being a ditz and the great liberal bugaboo, religious. When Texas Governor Rick Perry announced he was in the running, he caught flack for participating in a prayer gathering and actually praying! Predictably, as Perry’s popularity has soared, Politico posted an August 29 article, “Is Rick Perry Dumb?”

Anyone who has given Gov. Perry’s resume even a glancing look knows that he’s not only bright enough to have risen from humble beginnings, but he has never lost an election. And the man is from Texas, just like two previous Bush Presidents and the unlamented Lyndon B. Johnson who managed to not only mire the nation in a war in Vietnam, but to lose it.

In the Bush-Kerry match-up, their college scores were released and it turned out that Bush43 did better than his opponent. Last time I heard, securing a bachelor’s degree from Yale and a master’s from Harvard Business School is no walk in the park

By contrast, two and a half years into his term as President, no one knows what grades Barack Hussein Obama received at either Columbia University or Harvard. Indeed, as far as a “paper trail” is concerned there are still gaps wide enough through which to drive a tank regarding what is actually known about Obama such as, for instance, where did he get his Social Security number? What nation’s passport did he travel on when he visited Pakistan in his youth?

And the biggest question of all, why is he President, given that the Constitution states, “No person except a natural born citizen (that is to say, both parents being American citizens)…shall be eligible to the office of President…” This is not rocket science. A commentary from CanadaFreePress.com cited the following, “As his father was not a U.S. citizen, but rather a citizen of Kenya, Obama inherited by birthright, natural law, his fathers name and citizenship. He is NOT a “natural born citizen” of the US, no matter where he was born.”

So far, he has produced several “birth certificates” that were so bogus that they were instantly revealed as such by experts who meticulously detailed why. Just as with the 2008 campaign, the mainstream media has run interference for this usurper, largely by ignoring the issue.

When it comes to comparing smart versus dumb, how smart is Obama when the record shows that he ignored the problem of the national debt, handing it off to a commission whose findings he ignored until Standard & Poor’s downgraded the nation’s credit rating for the first time ever!

Those in the White House and leading the Democratic Party so obviously regard the American public and, in particular, voters, as stupid that they utter the most stupid things themselves, thinking no one will notice. The new chairwomen of the Democrat National Committee, Debbie Wasserman Schultz, said that Republicans are wrong on illegal immigration because they think “that in fact it should be a crime.” Earth to Debbie, it is a crime.

Vice President Joe Biden, who has become an embarrassment to the White House and Democratic Party, speaking of the decision to kill Osama bin Laden, called it “The boldest decision any president has undertaken on a single event in modern history.” What about all the decisions President Bush had to take following 9/11?

Obamacare was such a disaster that the U.S. Department of Health has had to issue 1,400 waivers. Hardly a day goes by without new revelations of the costs it imposes on the economy or the thousands of bureaucrats that would have to be hired to enforce it. The House of Representatives has already voted to repeal it and 26 States brought a court action against it; the most recent decision on the way to the Supreme Court has found it to be unconstitutional.

The same day a Politico’s article, blogger Burt Prelutsky posted a brief hilarious review of Obama’s gaffes that is well worth reading.

The Democrats have given us the dumbest, most dishonest President ever elected to that office and the race card is already being played. Democrat Representative James Clyburn of South Carolina has said, “people don’t like to deal with it, but the fact of the matter is, the president’s problems are in large measure because of the color of his skin.”

So the kettle is calling the pot black. In the case of the Barack Hussein Obama, Jr., his skin color will provide no protection from his appalling record of incompetence and stupidity.

Watch how HBO's new plan to refinance "certain" mortgages will appear as the new distribution ploy. Its author is Mr. Krueger, who cooked up Cash-For-Clunkers. Alan, you are so right on everything in this article. This impostor will be ousted, dispite the MSM.

Pick the words, fill in the blanks, I seriously doubt that there is anything that they can be called that's acceptable in *polite* conversation...

Alan, is that your image, and if so, can I share it?

Guy, I found it on the Net. Not mine, but probably in wide use.

i knew that our 2.7gpa affirmative action harvard lawyer and third generation communist would only hurt us.no one wanted to hear it, so now we are stuck with a president who hates american freedom and lies like a muslim about every thing.if bongo should win a second term there will be a civil war.