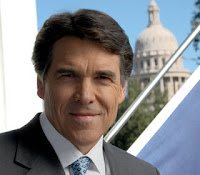 In the primaries, politics is a lot like pinball as it moves in unexpected ways, lifting one candidate’s chances of getting the nomination, bypassing others. In the national election, it’s more like a bowling bowl, rolling down a straight and narrow stretch headed either to the gutter or a strike.

For Republicans, we’re in the pinball phase of the blood sport of politics. For Democrats, they have but one choice and that’s Barack Obama. Watch now as many Democrats re-register as either independents or Republicans.

How can you tell who the White House fears more as an opposing candidate? Just watch how many times David Axelrod, the public relations guy behind Obama’s win in 2008 gets on television to attack Mitt Romney and Texas Gov. Rick Perry who announced his candidacy on Saturday, the day of the Iowa straw vote. Then try to keep count of the number of lies he will tell about either.

In 2008, Axelrod had a totally unknown, charismatic Obama to sell who ran more against George W. Bush than John McCain. In 2011-2012, he has the most unpopular President since Jimmy Carter.

Axelrod honed his skills in Chicago politics. On August 9, Politico revealed that “Barack Obama’s aides and advisors are preparing to center the president’s re-election campaign on a ferocious personal assault on Mitt Romney’s character and business background, a strategy grounded in the early stage expectation that the former Massachusetts governor is the likely GOP nominee.” (Emphasis added)

Five days later Obama’s advisors had Gov. Rick Perry in the crosshairs. Romney had skipped the Iowa straw vote, but none of them believe the straw poll winner, Rep. Michelle Bachmann, has any chance of securing the GOP nomination. And they are right.

Like some pit bull chained up in the basement of the White House, Axelrod came charging out on Friday to attack Gov. Perry even before the straw vote made news. As Jeffrey Folks said in an August 14 commentary posted on AmericanThinker.com, Perry is “the most successful American governor in living memory.”

The political pinball has bounced away from Romney, Bachmann, and other GOP candidates and found its home in the Perry campaign. The longer it stays there, the more it will transform into a great, big bowling bowl headed straight down the lane and into the White House.

On one hand it will be fun to watch Axelrod and other Obama lapdogs foam at the mouth and spout all manner of lies about Perry, but it’s 2011, the economy is in the tank, the nation’s credit rating was downgraded for the first time in its history on Obama’s watch, the unemployment rate is officially at 9.1, and the dreaded “double dip” recession is in full bloom.

Moreover, Obama has lost his mojo. He is in the worst of all political positions; he is an object of ridicule.

Folks compared the Texas economy to California’s. Given that California is one of the most liberal States and Texas is comfortably conservative when it comes to policy, Folks noted that “What California lacks in the kind of political leadership that will attract new business. Economic growth in California—one can hardly call it ‘growth’—has been stagnant or worse over the past decade.”

“As Governor of Texas,” Folks pointed out, “Rick Perry helped to create a tax and regulatory environment that would attract new business to the state and allow businesses already there to flourish.” And Texas has a zero income tax!

Within twelve hours, former Minnesota Governor Tim Pawlenty had dropped out of the GOP race and we can expect the others to follow suit with the likely exception of Mitt Romney, but Perry will demolish him in the primaries to come.

Republicans can already smell a winner and with good reason. Perry is the longest serving Texas governor and he has never lost an election. The Reagan Democrats of the 1980s put him in the White House and it will be the turn of the Perry Democrats this time around.

There’s a reason Obama is franticly trying to raise as much money as he can at this point, 14 months out from Election Day. In the months and weeks ahead, the smart money will no longer be there.

Only one thing is predictable, Axelrod and the Chicago political thugs that form the inner circle of Obama’s team will engage in every dirty trick, every slander, and every lie possible in a desperate effort to stave off the juggernaut of Gov. Rick Perry.