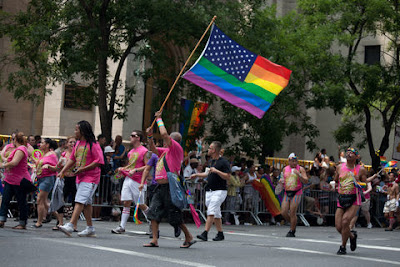 There’s something very wrong when the forthcoming memorial ceremonies of 9/11 at Ground Zero in New York City will not include prayer. Almost by definition, a memorial service includes prayer for the souls of the dead and for renewal in the face of adversity.

No doubt a combination of political correctness and common sense made it clear that having a Muslim imam joining the clergy would be a very bad idea, given that it was Muslims that planned and carried out the attack. That would have been an affont, but denying representatives of the Judeo-Christian faiths on which America is based seems to me a bad idea, too.

Religion, for whatever reason, is being squeezed out of the public square whenever and wherever some athiest complains about it.

Across America we have seen the slow creep of moral decline in public institutions despite a population that is widely understood to have a deep faith in a greater power in their lives, but which I mean God, not government. America overcame its economic problems in the 1980s through the leadership of Ronald Reagan who never hesitated to cite God as the inspiration and source of our fundamental belief in freedom and liberty.

To my mind, it began with the prohibition of school prayer, a part of the educational experience for generations of American children. Since then, schools have been turned into minimum security prisons with a notable rise in bullying. Along with the Pledge of Allegiance, a short prayer was a reminder and reinforcement of the belief that there is a higher power, despite the arrogance of officialdom at all levels.

Though homosexuals represent a very small percent of the population, they have received increasing attention in the nation’s media and have become emboldened to hold parades in cities where they celebrate their sexual deviancy.

Most notably has been the decision by several states to authorize same-sex marriage despite the extension of “civil unions” to provide for gaps in the legal process as they affect homosexuals living in committed relationships. The degradation of the sanctity of marriage, a practice and tradition dating back for millennia, has been nothing less than an attack on moral values in America.

The campaign to reduce former levels of intolerance for homosexuals began when the American Psychiatric Association (APA) concluded in 1973 that homosexuality was not a mental disease or disorder. It voted to support “gay rights.” .

A recent conference sponsored by B4U-Act, a pedophilia advocacy group, featured psychiatric professionals who argued to remove pedophilia from the APA’s “Diagnostic and Statistical Manual of Mental Disorders. If that were to occur, pedophilia would no longer be considered a mental disorder, at least by this professional group.

This is the North American Man-Boy Love Association on steroids.

Should that occur, the doors would be open to consider this abhorrent behavior, condemned throughout our society, as just another behavior that does not merit severe penalties. As if every child in America is not already at risk, this would encourage the media to encourage greater public acceptance and “understanding” of pedophilia.

The B4U-Act conference concluded that pedophilia was “not a choice”, that efforts to treat pedophilia are “similar to methods used on homosexuals 50 years ago and similarly ineffective”, and that ‘minor-attracted persons “do not exhibit narcissism, psychosexual immaturity…psychopathology, neurosis or any personality disorder more than people attracted to adults.”

This is such a blatant effort to suggest that pedophiles are just like everyone else that it renders the profession of psychiatry a thin excuse for every form of deviancy that threatens individuals—in this case children—and society at large with the failure to discourage and punish this abomination.

Those psychiatrists and psychologists have apparently already forgotten the horror that greeted revelations of widespread pedophilia among Catholic priests and others responsible for children in their care.

In early August, former child star, Corey Feldman, courageously declared “The number one problem in Hollywood was and is and always will be pedophilia” saying that the “casting couch” exists for children, too.

This is occurring as America witnesses the most gay-friendly administration in its history. The appointment by President Obama of Kevin Jennings to a position in the Department of Education is an example. Jennings helped introduce Bill 4530 in Congress that would require the normalization of homosexuality, transgenderism, cross-dressing and other behaviors into the curriculums of schools from coast to coast. California has introduced legislation mandating such views in its schools.

The nation’s economic problems can be fixed and we can ensure a strong defense, but the moral rot that is occurring with every passing day will destroy America from within more surely than any external enemy could hope for.

One can only wonder what the world will look like in 50 years time. Should be interesting.