Leave the Gun. Take the Cannoli 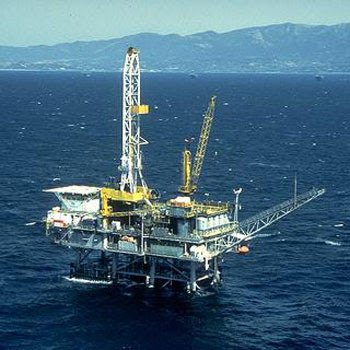 One of the most famous lines from The Godfather was, “Leave the gun. Take the cannoli” Permit me to update that to the Middle East. Forget the wars, buy the oil, and develop our own oil as fast as possible.

Middle Eastern and other oil produced worldwide is for sale to anyone who wants to purchase it. Putting our troops in harm’s way and spending trillions to do so is idiotic.

The Muslim holy month of Ramadan has been marked as always with all manner of killing. The latest have been bombings in Baghdad that killed more than sixty people, the continued slaughter of Syrians sick of the two-generation despotism of the Assad family, the lingering fighting in Libya, and our continuing losses in Afghanistan.

The U.S. stepped in when Saddam Hussein invaded Kuwait in 1990 to grab its oil reserves. It went back in 2003 to get rid of Saddam and never left. After 9/11 in 2001 it carpet bombed Tora Bora in Afghanistan to kill al Qaeda members and then never left. What’s wrong with this policy? There is no oil in Afghanistan. Iraq’s oil will be subject to its internal conflict and Iran’s meddling for the foreseeable future.

The Middle Eastern and African oil cartel, OPEC controls 44% of the world’s crude oil production and 79% of the world’s crude oil reserves. Thanks to the Environmental Protection Agency, the Department of the Interior, and the Department of Energy, the U.S. is unable to access billions of barrels of oil in Alaska and the continental shelf on both coasts.

This policy applies as well to our coal and natural gas reserves despite the fact that the U.S. has century’s worth of coal and is discovering new reserves of natural gas every day.

We have been losing the capacity to refine oil. According to the U.S. Energy Information Administration, in 2009 there are 148 operable refineries, down from 150 and only 137 refineries were actually operating, down from 141. Regulations have ensured that not one new refinery has been built in the U.S. for over three decades.

Whose oil do we buy? Canada provides the U.S. with two million barrels of the eleven million we use every day. If the Obama administration and environmental groups like the Sierra Club and Friends of the Earth would get out of the way and let the proposed Keystone XL Pipeline project be built, it would move oil from Canada’s Alberta province to existing pipelines and refineries for an additional 1.1 million barrels. We also purchase oil that originates in Mexico and even Venezuela.

There are about 40 billion barrels of oil in the Gulf of Mexico offshore of U.S. States, to which you can add an estimated 14 billion barrels off the Atlantic and Pacific coasts. The Obama administration’s response to this has been to restrict access to it. After the BP Oil accident in the Gulf, the Obama administration’s moratorium destroyed an estimated 13,000 jobs as oil rigs left for other sites and the local economy took a huge hit.

The Obama administration keeps telling everyone that it is the big, evil oil companies that determine the cost of oil and the price of gasoline, but oil is a global commodity and big oil companies can only get the daily price of various grades of crude. The top three U.S. oil companies paid $42.8 billion in income taxes in 2010 and, it should be noted, provided 9.2 million jobs for Americans who also paid taxes.

While vilifying U.S. oil companies, the Obama administration neglects to mention that ExxonMobil’s pretax income in 2010 was $52 billion, from which it paid $21.6 billion in income taxes worldwide, leaving a net income of $30.5 billion. That’s a tax rate of 45%, fully 10% above the statutory corporate rate of 35%. The same tax costs apply to ConocoPhilips and Chevron.

The United States has vast oil, gas, coal, uranium, rare earth and other natural resources. The federal government has for decades placed every obstacle it can in the way of accessing them

Instead, the Obama administration keeps saying that “green jobs” would replace those in the energy sector, along with increased subsidizing of wind and solar energy, the source of barely 3% of all the energy we use daily.

Today, when one in ten Americans are out of work, just tapping the oil in the outer continental shelf between 3 and 200 miles off our coast, developing our domestic oil and natural gas reserves, has the potential to create 1.2 million jobs representing $70 billion in annual wages. And that does not include development of our massive coal reserves!

Worldwide, the U.S. is already in competition with China and India to purchase the oil needed to sustain our industries and transportation. This is the real world, not the fantasy conjured up by the federal government and environmental organizations doing everything possible to turn off the lights and leave our cars parked in the garages of America.

In September, after having driven the economy into the ditch, the President says that a new plan to get the economy going again will be unveiled. It’s a good guess that energy development, other than wind and solar, will not be part of that plan.

Actually, there are quite a few quotes from The Godfather that apply to the politics of today...

Were there a new refinery(s) constructed in North Dakota, and pipelines to carry the refined products out, there would be a whole lot of fuel available for use here in the US of A.

There is a quote from another movie that is apropos today also:

Alan were it not for people like you enlightening us to what is really going on, we'd be just like the 80%-90% of the population out there who are uninformed 'bubbas' drinking the kool-aid and snake-oil being sold.

@Will. Thanks. Once a day I try to shed some light in the darkness.