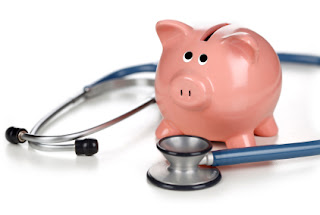 “Despite more than sixty years of government efforts—representing the work of both political parties—we are moving further and further away from what we want. Prices are higher, more people are excluded from needed care, more excess treatments are performed, and more people die from preventable errors. Why?”

Why, indeed! Having had the Affordable Care Act (ACA) forced on us by a Democrat-controlled Congress—some of whom had to be bribed for their vote—Americans are beginning to learn that the cost of healthcare is going to increase, people will be laid off, have their hours reduced, or simply not hired at all as the result of this horrid new law.

A February 25 Rasmussen poll revealed that “Most voters still believe that President Obama’s national health law will cost more than official estimates and expect it to drive up the cost of health care in America.” They’re right!

David Goldhill has performed a national service with his new book, “Catastrophic Care: How American Health Care Killed My Father and How to Fix It.” ($25.95, Alfred A. Knopf) Goldhill is the president and chief executive officer of GSN, which operates a U.S. cable television network seen in more than 75 million homes and is one of the world’s largest digital games companies. He came to the issues of healthcare in the wake of his father’s death.

“Although his death was a deeply personal and unique tragedy for me and my family, my dad was merely one of a hundred thousand Americans who died that year as the result of infections picked up in hospitals. A hundred thousand preventable deaths! That’s more than double the annual number of people killed in car crashes, five times the number murdered, twenty 9/11s. Each and every year!”

“All of the actors in health care want to serve patients well, but understandably most respond rationally to the backward economic incentives baked into the system,” writes Goldhill. “At the heart of these perverse incentives is insurance. Unlike with everything else in the economy we rely on insurance as the sole means of paying for everything in health care—from the most routine to the most urgent.”

Noting that “Our massive and failing Medicare and Medicaid programs are already unsustainable and unfixable”, a fact known to anyone paying any attention, Goldhill gets to the heart of Obamacare, whose “central thrust is for ever more insurance to pay for health care.” The result is that “the underlying insurance-based structure of our health care system drives excess treatment, cost inflation, and medical errors.”

There are many myths about healthcare that have become embedded in our society. Goldhill notes that “The factors that most predict your health are your wealth, education, and lifestyle—not your access to health care.”  This might seem self-evident, but we live in a nation where we are constantly hectored regarding our lifestyle choices; what and how much we eat, whether we exercise sufficiently, and endless articles suggesting that diseases and illness is predicated, not on our genetic liabilities (if you come from a family with a history of heart disease or cancer), but on the literal invention of new ailments driven by pharmaceutical innovations to “cure” them.

“The ACA (Obamacare) is fundamentally a health insurance bill, not a real piece of health care reform legislation, focusing as it does on the wrapper of insurance rather than on the complex and dysfunctional system inside.”

To understand where we are today, we need to understand that so-called health insurance is “a payment mechanism for health care”, not the health care itself. It influences that nature of the actual healthcare being provided.  Moreover, “The U.S. health insurance companies employ over a half a million workers. That’s one worker for every two doctors. The administrative cost of managing our system of health care payments alne is almost $1,000 per American household. For most Americans, their annual share of this administrative cost exceeds the amount of actual health care they use in a typical year.”

“It is estimated that over the next decade the ACA will cost the government at least $1 trillion and the uninsured themselves the same amount,” says Goldhill. It’s worth keeping in mind at this point that the U.S. is $16 trillion in debt already and Medicare is widely understood to be underfunded; in part because $716 billion was taken from it to fund the imposition of ACA on the nation.

“In any given year, the most costly five percent of people account for more than fifty percent of health-care costs, and the top ten percent of people account for seventy percent of costs.” In effect this means that insurance is the mechanism “for moving funds from the many well to the few ill.” As a result, Medicare and the insurance companies become “surrogates” who “negotiate prices and preapprove procedures” and “they increasingly determine your choice of doctors.”

Goldhill notes that “there are plenty of government aid programs—food stamps, welfare, Social Security—in which the government doesn’t determine how we will spend its money, must less the prices of goods and services and from whom we can buy them.”

The kicker is that “health insurers can achieve long term profit growth only if the amount of money spent on health care increases!

Goldhill concludes that “Overall, the surrogates have done a miserable job of regulating the system’s quality, safety, and price.”

That is where we are today and it will get worse in the future. And our lives depend on the present system.