The Relentless Power of Demography 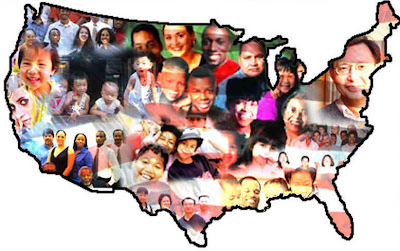 The President of the United States is routinely referred to as the most powerful man on the Earth. There is a greater power and it is the changing characteristics of population, something that occurs constantly here and around the world.

Laws are powerless against it and, in particular, laws that were passed some eighty to fifty years ago with the best of intentions. I refer, in particular, to Social Security, Medicare and Medicaid. No one anticipated that Americans would routinely live to their current life expectancy of 78 years, nor that advances in medicine and healthcare would extend their lives into their late 80’s and their 90’s.

Nor could laws anticipate American lifestyles that went from a time when older citizens often lived with and were cared for by their children to a time when retirement communities exist along with facilities that provide care for the elderly afflicted with the illness associated with aging such as the explosion of Alzheimer’s disease. In the 1930s, no one anticipated the emancipation of women and their empowerment in the workplace.


Jonathan Last is a senior writer at the Weekly Standard and the author of a new book, “What to Expect When No One’s Expecting: American’s Coming Demographic Disaster.” The Wall Street Journal recently published an article by Last, “America’s Baby Bust.”
Demographics, birth rates, aging, and the movement of populations such as the many Hispanics that crossed our southern border to seek jobs and enjoy the benefits America extends through programs that aid the poor. For the second time since 1986, Congress is attempting to grapple with millions of illegal aliens and their children who call America home.

While the immigration debate rages, Last notes that it has been the immigration of Hispanics that has kept the U.S. from becoming as stagnant as Japan. “While the nation as a whole has a fertility rate of 1.93, the Hispanic-American fertility rate is 2.35.” Even that is beginning to decline.
“Forget the debt ceiling, Forget the fiscal cliff, the sequestration cliff and the entitlement cliff. These are just symptoms. What America really faces is a demographic cliff: The root cause of most of our problems is our declining fertility rate.”

“The fertility rate is the number of children an average woman bears over the course of her life. The replacement rate is 2.1. If the average woman has more children than that, the population grows. Fewer, and it contracts. Today, America’s total fertility rate is 1.93, according to the latest figures from the Centers for Disease Control and Prevention; it hasn’t been above the replacement rate in a sustained way since the early 1970s.”

The only blip in our fertility rate followed the end of WWII and that cohort became known as the “baby boomers.” They are now retiring in large numbers daily. That is putting a strain on the Social Security and Medicare programs.

In the “good old days” women were, for the most part, homemakers caring for their families, but not part of the job market. Another factor after WWII was the belief that everyone had to have a college degree to have upward mobility. “Women,” notes Last, “began attending college in equal (and then ever greater) numbers than men.”

This caused young people of both sexes to put off marriage and, as the economy encountered recessions and the present fiscal uncertainties, the cost of college has skyrocketed, and graduation now means a huge debt for many of them before they even enter the job market.

The decrease in the fertility rate is not just an American problem. It is global and we are seeing this in Europe where socialism has been practiced even more briskly than here. As Last points out, “97% of the world’s population now lives in countries where the fertility rate is falling.” It translates into lost productivity and pressures on governments that attempt to prop up and maintain their economies through excessive borrowing. The U.S. government borrows about 40 cents of every dollar it spends.

So the President and Congress face the problem of an aging population, too few new babies being born, and economic policies—increased taxation—that work against the decision to have children. Children are expensive. The “perverse effect of putting government in the business of eldercare has been to reduce the incentives to have children…”

To that we can add putting government in charge of healthcare, education, housing, and energy. It has a track record of ruining these sectors that would thrive if they were returned to the free and open marketplace. One can search the Constitution long and hard to find a justification for government intervention or control and plenty of history to demonstrate they do better when addressed at the state and local level.

“In the face of this decline,” says Last, “the only thing that will preserve America’s place in the world is if all Americans—Democrats, Republicans, Hispanics, blacks, Jews, Christians and atheists—decide to have babies.”

Probably not going to happen in this age of birth control.

But we don't have the money for that either, do we?

Well Alan, if the 55 MILLION children aborted since Roe vs Wade had been born, then maybe America wouldn't sit with this problem. The other issue is government control of every industry and aspect of life, which uses more and more tax money to keep going. As a result, the economy suffers and people STOP having kids due to them being too expensive and the uncertainty of the future. If government would butt out of everyone's lives and use taxes for what they're intended - and NOT for welfare - then people would have more in their pocket, feel confident in the future and have more kids. Instead America is now relying on third-world populations to re-populate the country. Somalians, Sudanese, Pakistani's, Iraqi's etc. are now streaming into the country and are mostly on welfare, and they're just about the only ones who can afford to have more than 2 kids - courtesy of the tax payer, who can't have kids because their money is stolen by their own government - to pay for the new immigrants to live for free! You couldn't make this up if you tried. This is the unintended consequence of liberal compassion! The same liberals who think children are pond scum and need to be aborted.

Well so much for that stupid Leftist theory from the 1970s that overpopulation would destroy civilization!

Alan, I agree with Lime Lite. Joel C. Rosenberg confirms in his latest book 'Implosion' this same number. This alone amounts to almost 3800 babies per day!

And remember, our caring president voted not once, not twice but three times that if a baby is born alive during a late term abortion, that baby should be allowed to die.

Oh, he cares all right!

Hey Alan,
Great post. I heard an interview with Mr. Last and am aware of the devastation that low birth rates have caused in Europe. I have placed a short-cut to your blog on my desktop, and am glad I found it. Read mine if you have a chance http://smallcraftadvisorychronicles.blogspot.com/

Alan,
Very good post. I heard an interview with Mr. Last and am aware of the devastation that low birth ratesd have cause in Euorpe. I am glad I found your blog and will keep reading it. Check out http://smallcraftadvisorychronicles.blogspot.com/

Thank you, Damon. Keep on blogging!

Well, I must add that IMO there are already TOO MANY people on this planet. The technological age that began not that many years ago doesn't need MORE people. We're already fouling the planet, the water, the wildlife, the cities, the air, the oceans. Please, not enough people is NOT a 'solution' to much of ANYthing.

@Glendamay: I am inclined to agree. In the past wars, famines, and disease kept populations in check, but as the article notes, 97% are not at a replacement rate of fertility and, as people gain more wealth, etc, they tend to have less children. Thus, natural and other factors will likely reduce the current 7 billion to considerably less in the decades and centuries ahead.

Not only that, but as the population ages and there are fewer young people, social safety net programs become less and less funded. Then the Greece scenario, where there are more people on the system than paying into it, will cause a collapse in our country.