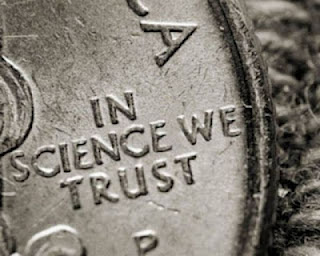 The debasement of science continues as various elements, organizations and publications, and the mainstream media circle the wagons to protect those who continue to spread lies about global warming.

Most recently, the National Geographic Science Blogs have added Dr. Peter Gleick to its roster of contributors despite the fact that he stole documents from The Heartland Institute in 2012, creating and disseminated a phony “memo" to defame the 28-year-old, non-profit research organization.

In his initial National Geographic blog post, Dr. Glieck described himself as a member of the U.S. National Academy of Sciences. He is also the president of the Pacific Institute. Among the topics he intends to address are “misrepresentations of science.”

You can read the facts about his deception on www.fakegate.org, a website Heartland created after Dr. Glieck’s aborted effort to spread a variety of lies about its funding and efforts to debunk the global warming hoax. Dr. Glieck admitted to this and one would think that such behavior would not be rewarded, but neither the National Geographic nor the Pacific Institute and other organizations that claim to be devoted to scientific accuracy and ethics were bothered in the least.

He was welcomed back to the Pacific Institute with a statement that blandly stated that Dr. Glieck “has apologized publicity for his actions, which are not condoned by the Pacific Institute of Directors and run counter to the Institute’s policies and standards of ethics over its 25-year history. The Board accepts Dr. Glieck’s apology for his lapse of judgment.”

Lapse of judgment? Using deception to deliberately slander the Heartland Institute is hardly a lapse of judgment. Those invested in keeping the global warming hoax alive are happy to forgive and forget, and hope the public does so as well.

At a recent convention of the American Geophysical Union, Dr. Glieck was among the featured speakers, along with Michael Mann, a key figure in “Climategate”, the 2009 exposure of emails between himself and other global warming schemers. Mann is famous for creating false data to support it and, in 2012, claimed to have been a joint winner of the Nobel Peace Prize! The Norwegian Nobel Institute issued a statement “affirming that climate scientist, Michael Mann lied…”

Penn State University where Michael Mann remains on the faculty despite his Nobel Peace Prize lie, the university simply scrubbed its websites and official documentation of his claim.

Considering that global warming is a lie from start to finish, one must conclude that all those involved have few, if any, qualms about lying. Indeed, this year the American Geophysical Union honored Dr. Glieck as a new AGU Fellow.

A year earlier, then AGU president, Michael McPherson stated that Dr. Glieck’s “transgression cannot be condoned” and had “compromised AGU’s credibility as a scientific society.” But that was last year and AGU has the same short memory as other scientific organizations that have put their reputations on the line for global warming.

Other professions, such as the law, drum out such people, deny them the right to practice law in the courts, and treat them with contempt when they engage in criminal or unethical behavior, but in the world of science these days, such behavior ends up being rewarded and, by inference, defended.

It is not surprising that National Geographic has provided Dr. Glieck a platform for his defense of global warming. It has long perpetrated all the global warming lies we associate with the hoax.

It is not surprising that AGU has honored Dr. Glieck barely a year after the revelations of his attack on The Heartland Institute.

It is not surprising that Michael Mann remains on the faculty of Penn State University and continues to earn thousands for speeches about global warming.

Nor should we be surprised that Al Gore who spent years campaigning against fossil fuels as the “cause” of global warming should sell his television channel to Al Jazeera, funded by Qatar, a leading oil producer.

What we are witnessing is the web of deception, a global conspiracy joined by governments, including our own, to advance the greatest hoax of the modern era.

Its victims are those forced to pay higher prices for the energy provided by traditional sources, oil, natural gas, and oil, along with the higher cost of gasoline that must be blended with ethanol even if it damages the engines of our automobiles and drives up the cost of food as a large percentage of our corn crop is diverted for its production.

If the so-called “greenhouse gas emissions” of carbon dioxide can be taxed governments such as Australia’s benefit while the industries and businesses affected are defrauded and even driven to close their doors. Carbon dioxide does not trap heat. The Earth balances its absorption and release. It is a minor gas in the atmosphere, barely 0.038%

There was a time when science adhered to strict rules of ethical behavior. When those are thrown overboard, everyone is victimized.

Alan, re Gleick's (and his apologists') claim of "a lapse of judgement", it simply does not hold water.

Far from being a "lapse of judgement" Gleick's choices constituted a (you should pardon my use of the phrase) "sustained effort" over a period of 12 days. IOW, it was a case of murder of the truth, with malice aforethought.

As I had noted on my own blog, until circa Aug. 2011, Gleick was a relatively unknown little pisher in the Big Green Pond, whose greatest claim to fame was posting a "review" of a book, that he clearly had not read!

Gleick must have been fully aware (because it was public knowledge) that Heartland's 2010 annual operating budget - with only a three-year headstart, so to speak - was more than double that of his own little fiefdom. I doubt that this particular discrepancy of financial resources was something that Gleick could accept with any measure of maturity or equanimity.

My conclusion: notwithstanding his MacArthur “genius” status (which makes him “too smart to get caught”) and his apparent lack of a functional moral compass – Gleick is afflicted, if not driven, by chronic green envy.

Alan ,
There`s a good article here on scientific principles losing against the consensus based orthodoxy .

Your readers should well know by now that compulsive, inveterate lying is the mark of the real enemies (of both science and individual freedom from governmental tyranny) now. And I only just posted the following link at the Joanne Nova site mentioned by Byron Dawes above:

Why the Climate Debate is Over...