The Memory Span of Fungus 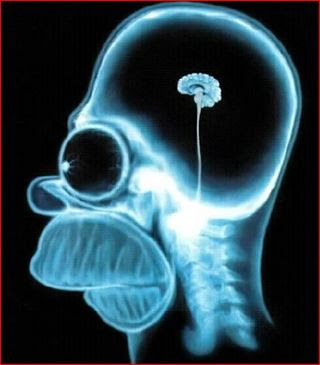 I have been puzzling over what I perceive as the growing loss of public interest in the Benghazi debacle in which an American ambassador and three others lost their lives and the former Secretary of State in a pique of anger over questions about the event said, “What difference does it make?”

It makes a difference if the State Department was derelict or indifferent to the ambassador’s cables that spelled out the security threats that he and his staffed faced or, for that matter, the attacks on other diplomats and humanitarian organizations operating in what was a war zone. African migrant workers had earlier been attacked creating an evacuation crisis, but the September 11, 2012—a noteworthy anniversary—attack simply accelerated the flight from a lawless region controlled by al Qaeda.

It makes a difference if, as we have since learned, the President was entirely detached from the crisis of the attack in Benghazi after initially been informed of it. No one, it seemed, took any action despite the six hours of the attack though it was reportedly seen in real time via satellite drone surveillance.

It makes a difference if the White House, in concert with the State Department, concocted a story that made no mention of al Qaeda, said the attack on the anniversary of 9/11 was “spontaneous”, and was the result of a video that no one had seen.

Now, six months later, with the exception of Fox News, there is little notice taken of what is arguably a major scandal, one of incompetence followed by deception, and which, like “Fast and Furious”, the gun-running scandal to Mexican drug cartels dreamed up and covered up in the Department of Justice, is fading not just from the news, but from the memories of Americans.

My theory is that the cabal in the White House, led by the President, knows well that all they have to do is stall long enough and the initial outrage will go away, if it hasn’t already. Even the Congressional committees and their inquiries will lose momentum. The public is asking “What next?” instead of “What happened?”

Complicating this are the hearings on the President’s choices for cabinet posts. Former Senator John Kerry sailed through to his appointment as the new Secretary of State, but others like former Senator Chuck Hagel as the next Secretary of Defense and John Brennan as the next Director of the Central Intelligence Agency are foundering briefly over concerns that the former is an incompetent, bigoted fool and the latter may be an Islamic “mole”.

The public, meanwhile, is distracted over the prospect of “sequestration”, blames the Republicans when in fact  it was a proposal made by the President to force Congress to address the growing national debt and annual deficit. As he said during a 2008 election debate, he was sure it would be derailed by some kind of agreement.

His failure or refusal to come to any agreement regarding spending cuts, however, ensures that sequestration will become the law of the land. His outlandish lies about the shutdown of vast elements of the government are ludicrous. They are a part of the way the Obama administration rules from crisis to crisis, spreading widespread fear among Americans.

There are plenty of other distractions as the 24/7 news cycle provides coverage of every new crisis somewhere in the world and here at home of dramatic weather events, fires, murders, sports, and the usual celebrity blather.

I often include references to history when I write, but I have begun to conclude that only the older portion of my readers have any real grasp of those events to which I refer. I am inclined to believe that many under age fifty and many more under thirty have no real grasp of U.S. or world history. Even Vietnam and Watergate are “ancient” history to most as is the Civil Rights movement of the 1960s.

It is already twelve years since 9/11 in 2001. In that time, our military has been bogged down in Afghanistan and fought a war in Iraq to no effect other than deposing its former dictator, Saddam Hussein. That war, however, may have encouraged the citizens in Tunisia, Libya, and Egypt to force out their dictators, but lacking any experience with democracy, they have only exchanged the former dictators for new ones, often allied with the Muslim Brotherhood. Syria is two years into a civil war with 70,000 dead.

I have begun to suspect that the advent of the Internet and the way news is now swiftly packaged and presented has left too many, but particularly the young, living entirely in the present with neither knowledge, nor interest in the past—even the recent past.

With our blogs and our ability to comment on everything as it occurs on Facebook or via Twitter, we are suspicious of the “experts”—people who may actually have the knowledge and experience to comment in a cogent, informed fashion—because we know what we “feel” even if we do not know what we do not know!

Too many of those experts come with an agenda that is intended to keep us frightened and compliant.

That is why this White House feels confident it can tell us the same lies over and over again, secure in the knowledge that we will only remember them, however briefly, and then move on to whatever the latest, the present news may be.

We are developing the memory and attention span of fungus.

That changes our relationship with the White House, Congress, the arcane workings of the Federal Reserve, the dizzying ups and downs of Wall Street, the imponderable fact that so many millions of our countrymen are unemployed, and that news of the latest Northeastern blizzard has already replaced the devastation of Hurricane Sandy in October 2012.

“We are the people we have been waiting for,” President Obama said during his 2008 campaign. I hope not. The sheer novelty of electing the first black President was sufficient to get him elected. That was just over four years ago and the novelty is gone. All that remains are the lies and an economy in disrepair.

The reality of Obamacare and other elements of the President’s agenda are beginning to bite, but the bulk of Americans are now conditioned to live in the present, ignore even the recent past, and regard the future as chaos. They only know what is occurring to themselves today. Who can or even will plan for the future when you have credit cards?

The American public was not interested in Benghazi from the beginning. The outrage seemed to come from very few of us and that is totally disgusting. The media swept it under the rug and Americans, like the sheep they are, accepted that. Something is very, very wrong here.

Our representatives should be saying these things, Alan, and acting on them. The Benghazi investigation should continue unflaggingly, as should other congressional investigations of the Obama administration and federal agencies like EPA--and every one of them needs to emphasize that Obama's LIES TO THE AMERICAN PEOPLE are at the very foundation of every problem we now face. Republicans need to find their way to that new political paradigm--Obama lies, blatantly and compulsively--over the current one of "jobs, jobs, jobs" (they will obviously get nowhere with the latter, anyway, as long as Obama is in office). Like you, I doubt the intellect and the serious interest of all those who voted for and defend Obama, but even more, I doubt the competence of the Republicans to see Obama as the fundamental evil he is to our country. They need to understand they are in a real political war, not just "the marketplace of ideas", and they are going to have to be willing to do whatever it takes to stop Obama in his tracks, at every turn.

The administration makes sure that happenings like Benghazi are forgotten by constantly creating a new crisis to distract us. We now have the fear of losing our 2nd amendment rights added to rising gas prices, Obamacare, and sequestration lies! Let's not forget the use of drones as well.

Lies will eventually be revealed. If, however, the American population will believe the truth when it is revealed is another story.
If only writers like you and FoxNews, Heritage and Rush keep hammering the truth and the American public feels the real pain of this administration maybe eventually something will be done.
Let's just hope there is something of this great country left to salvage.

Wonderfully clear and coherent post, Mr. Caruba. I agree with every carefully selected word. This massively electronic age we have moved into, keeping 'us' constantly irritated and agitated (as that is what 'sells') is proving to be our undoing. Good people turn their collective heads because the tsunami of information is unrelenting and merely serves as prologue to the next crisis. Who can BREATHE in this atmosphere...our plutocracy, that's who. My mind cannot even comprehend what life will look like in 30 years. I so admire your work, thank you for continuing to shine your light against the sludge....contribution forthcoming! :}

Alan, you know I seriously like the work you do, but this piece is one of the best I have seen in a very long time!

Thank you, Fred. That's high praise coming from you. And thank you to others who have commented as well.