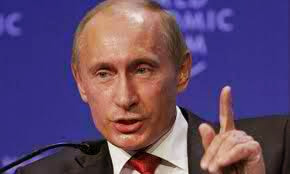 There are lots of Americans who, after the first five years of living under the governance of Barack Hussein Obama, have concluded that, among his most notable characteristics, he is an incompetent, a pathological liar, a Marxist, and, fearful as the prospect is, a potential dictator who will not leave office when a new President is due to be sworn in.

The fears are largely based on the astonishingly lax Congress that, with the exception of Rep. Darrell Issa and the House Oversight and Reform Committee, has done little to investigate the many scandals that litter the Obama administration.

It doesn’t help that the Department of Justice and possibly the FBI have been politically corrupted.

It doesn’t help when the Commander-in-Chief has forced a significant number of the armed forces top generals and admirals into early retirement or removed them from duty. The question is why.

It doesn’t help when we learn of the purchase of millions of dollars of ammunition by the Department of Homeland Security and other measures that appear to be turning it into an internal army.

Politics in America is a metaphoric war in which the worst is thought of any President in office by those in the opposing party. It isn’t always this way. Reagan enjoyed a relatively non-partisan relationship with Congress, but Andrew Jackson was regarded as a tyrant by many. Now his face is on the twenty dollar bill.

I got to thinking about the way tyranny and despotism has been and in many nations still is the rule throughout history and existing today. The U.S. Constitution was written to ensure that its three branches would act as a brake on each other. If there was one thing the Framers did not want it was a monarch or despot.

The opposite of U.S. history is found in the history of Russia which has been replete with czars, followed by communist dictators, Lenin, Stalin, and others. These days it is Vladimir Putin and his grasp on power has been the subject of protest by a new generation of Russians.

A new book, “Kicking the Kremlin” by Marc Bennetts, a British journalist working out of Moscow, tells the story of Putin’s rise to the office of president of the then-new Russian republic following the collapse of the Soviet Union in 1991. He was appointed prime minister in 2000 by Boris Yeltsin who had replaced Gorbachev. At the time, Putin was a former KGB Lieutenant Colonel who had served five years in East Germany recruiting spies when Gorbachev was in charge. In 1998, after serving in administrative posts, he returned to the Federal Security Service (FSB), the successor to the KGB.

As Bennetts notes, “In less than a decade, the little-known prime minister that Yeltsin had told to ‘take care of Russia’ had transformed himself into a modern day czar in the Kremlin, eliminating all but the most stubborn opposition to his rule. Early on he established control of the media.

“The Russian constitution stated clearly that no president could serve more than “two consecutive terms.” But Putin had no plans to surrender power. In 2007, he picked Dmitry Medvedev to be his puppet to serve as president and, in turn, Medvedev named him to be prime minister and he became head of the governing party, United Russia. It was clear that Putin was still calling the shots. Two years into his term, Medvedev proposed extending the presidential term from four years to six. “It would grant Putin, upon his return to the Kremlin, the opportunity to remain in power until 2024” if elected president again. He was.

The hope that corruption and nepotism would be curbed and that an independent judiciary and police force would be established was dashed.

“Traumatized by a world war, revolutions and almost total economic collapse at the tail end of the twentieth century,” wrote Bennetts, “many Russians have first-hand experience of the dangers of rapid political and social change. That is why Putin’s message of stability had remained so attractive to so many, for so long.”

While Obama is now engaged in a campaign aimed at “income inequality”, corruption in Russia soared to a point where, in 2013, Credit Suisse noted that “Worldwide, billionaires collectively account for 1%-2% of total household wealth; in Russia today 110 billionaires own 35% of all wealth.” However, “large swatches of the country are still wallowing in Third World poverty…And all this in a country that possesses the world’s largest natural gas reserves, the second-largest coal reserves, and the ninth-largest crude-oil reserves.”

A major characteristic of Putin's regime has been the suppression of any opposition. It is marked by the assassinations of journalists and of politicians. Leaders of the opposition who organized mass protests in Moscow were jailed and even Pussy Riot, a girl’s band, that spent forty seconds in a Moscow cathedral were sentenced to seven years in jail. Laws were passed to make protest leaders and participants subject to jail for their opposition.

“Putin’s inauguration in May 2012 for a third presidential term was not so much a national celebration of sovereignty as a highly disciplined military operation,” wrote Bennetts. “And the number one threat to the head of state? The Russian people.”

Here in America the last major protest in Washington, D.C. was organized by the then-new Tea Party movement and was focused to stopping the enactment of Obamacare. It attracted nearly a million or more Americans. There have been few such protests since, but on May 16, “American Spring” is slated for a major protest march against Obama.

The protests in 2011 and 2012 against Putin were ruthlessly put down by government forces. By 2013, half the Russians no longer believed what they were being told by television. Similarly, Obama’s approval ratings are falling fast due to massive unemployment and disappointment.

America is not Russia, but Americans are growing increasingly concerned about the way Obama is governing the nation. They should be.

Dear God I hope it never comes to it but I believe Americans would stand and fight before surrendering to a dictator.. I know that at least 75% of our Law Enforcement would stand with us...

I would like to believe that the military has the same percentage of TRUE Patriots, if not, it would be a terrible battle that would rip this nation apart, but the bottom line for me is this; IF we survive the remainder of the Obama regime and he then refuses to step down, massive insurrection is the only hope we have!

Did Joe Stalin say that, or was it Barack Obama?

I disagree that 75% of law enforcement, or the military would stand with the patriots in an insurrection.

I think we would be lucky if 25% came over to the patriots side.

However, regardless of whether few or many Federalists defect the Obama Forces in an insurrection there could be a patriot gun behind every tree, as we have seen recently in Mexico, where patriots fed up with a worthless Leftist government in Mexico City have finally took to the streets with guns, bombs and Regime Change in their eyes.