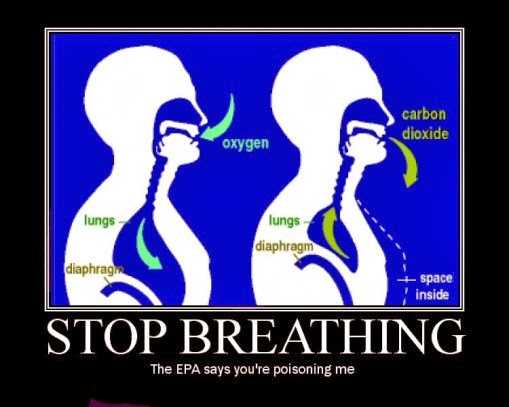 
The Environmental Protection Agency has been in a full assault on the U.S. economy since the 1980s when the global warming hoax was initiated. It has been assisted by the National Oceanic and Atmospheric Administration and NASA.


To put it in other terms, our own government has engaged in lying to Americans and the result has been the expenditure of billions of taxpayer dollars on something that was not happening and is not happening.


On January 22, the House Oversight and Government Reform Committee released the deposition transcript of former senior EPA official John Beale. After defrauding the agency of nearly $900,000 and spending weeks and months away from his office by claiming he was on assignment for the CIA, the transcript contained a bombshell.


Discussing his job, at the time as a close associate of Gina McCarthy, the new EPA administrator, Beale revealed that he was there to come up with “specific proposals that could have been proposed either legislatively or things which could have been done administratively to kind of modify the capitalist system…” 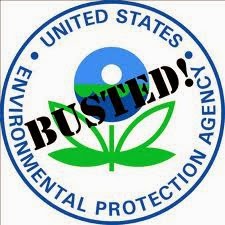 
When the new EPA administrator, Gina McCarthy, in testimony before a congressional committee in mid-January was asked by Sen. Jeff Sessions (AL-R) to confirm a statement made by President Obama last year that global temperatures were increasing faster in the last five or ten years than climate scientists had predicted.


She said, “I can’t answer that question.”


“You’re asking us to impose billions of dollars of cost on this economy and you won’t answer the simple question of whether (temperature around the world is increasing faster than predicted) is accurate or not?” Sessions responded.


“I just look at what the climate scientists tell me,” said McCarthy.


The Earth is in a cooling cycle that has lasted seventeen years at this point, but the EPA administrator was not inclined to accept this fact, nor question the climate scientists who provided the data based on computer models that have been consistently wrong now for decades.


We owe the Heartland Institute, a free market think tank a debt of gratitude for the eight international conferences it has held to debunk global warming. Joseph Bast, its president and CEO, has said, “The toll our EPA is taking on the country is staggering, putting hundreds of thousands of Americans out of work at a time when millions of people are unemployed and our reliance on foreign sources of energy threatens to compromise our nation’s security.” Heartland’s science director points out that “EPA’s budget could safely be cut by 80 percent or more without endangering the environment or human health, Most of what EPA does today could be done better by state government agencies…” I serve as an advisor to Heartland.


This is the same EPA that proposed restrictions for new wood stoves in early January. The reason given was to reduce the maximum amount of fine particulate emissions (soot) allowed for new stoves sold in 2015 and 2019. The soot is made up of solid particles and liquid droplets that measure 2.5 micrometers or less. The EPA claims, as it does for virtually all its regulations, that it is linked to heart attacks, decreased lung function, and premature death in people with heart and lung disease. This is worse than junk science. It represents no science whatever, being an invention of EPA employees who specialize in such nonsense. The Earth produces soot every day and circulates it globally.


The only way Americans will be protected against the EPA’s attack on our economy will be a Congress controlled by the Republican Party and a Republican President that will support the oversight that is needed and the reversal of its vast output of regulations. It will have to do this as well for NOAA, NASA, and other governmental departments and agencies that, until recently, spewed forth all manner of “data” supporting the global warming hoax.


At the heart of the global warming hoax, now called climate change, is the assertion that carbon dioxide (CO2) and other “greenhouse gases” have been dangerously warming the Earth by trapping heat, but you don’t have to be a scientist to know that the current cold spell, comparable to the 1500-1850 mini-ice age, is the result of lower solar emissions by a sun. CO2 is a minor (0.038) element of the Earth’s atmosphere, but the second most vital gas for all life on Earth because it is the “food” that maintains all vegetation.


Little wonder, during the government shutdown, more than 93% of EPA employees were furloughed when designated as “non-essential.” That was more than nine out of every ten employees!


In September 2013, the Republican members of the Senate Environmental and Public Works Committee issued a report that EPA officials had, from the beginning of President Obama’s tenure had “pursued a path of obfuscation, operating in the shadows, and out of the sunlight.” It detailed violations of the Freedom of Information Act and other federal laws and regulations intended to encourage transparency and accountability in the government.


In mid-January, the Energy and Environmental Legal Institute revealed that emails obtained through the Freedom of Information Act revealed that the EPA used official events to help environmental groups gather signatures for petitions on agency rulemaking. “The level of coordination in these documents is shocking” said an EELI spokesman. The EPA has a long history of this, including a policy of “sue and settle” working with environmental groups to bring a suit to advance regulations and settling the suit to enable it to implement those regulations.


In an April 2013 article in Investor’s Business Daily, John Merline reported that “Overall air pollution levels dropped 62% from 1990 to 2012, while GDP grew 69% and population climbed 26%.” The pollution the EPA keeps claiming is rising includes carbon monoxide, soot, sulfur dioxide, ozone, and others, all well below the EPA’s safety threshold. Water quality, too, has also improved over several decades.


In May 2013, Paul Driessen, a senior policy advisor for the Committee for a Constructive Tomorrow (CFACT) noted that the EPA, since Obama’s inauguration in 2009, had generated 1,920 new regulations. “The EPA’s actions are forcing us to expend vast financial, human and technological resources to achieve minimal or even zero health benefits.”


This is the same EPA leading the effort to shut down coal-fired plants that produce electricity. It is the same EPA seeking to stop the Pebble Mine, described as “a natural resource project in Alaska that could yield more copper than has ever been found in one place anywhere in the world.”


The EPA is the instrument of those who want to undermine capitalism in any way it can. Only that can explain why entire books have been written about its impact on the economy of the nation and the deceptive way it has imposed regulations responsible for it.


President Obama called for “hope and change” when he first ran for office. We can only hope that a new Congress and President will bring about the change we need to shut down the EPA and return control over the nation’s environment to its 50 sovereign states.

If I had the authority, I would arrest and try every member of EPA, down to the lowest file clerk, for treason against the United States of America.

The guilty verdict for over 99% of them - the current conviction rate in federal court - so felony convictions would be certain for all of them.

The sentence would be twenty years on Attu Island about 1,500 miles from Anchorage, Alaska in subarctic Aleutian Islands that has the worst weather in world.

No guards or fences necessary...Attu has killer tides and no one survives in the water more than 15 minutes.

I do hope the prisoners like an all fish diet.

She should have said, "I just look at what SOME OF THE climate scientists say.

The EPA... Alan, you remember when we spoke yesterday and I mentioned *the 3 most useless things in America*??

Well, I think we can add the EPA to that list!

This one's a share...Thanks again.

The question everyone...and I mean everyone....should be asking about the EPA is whether or not their actions qualify as criminal. I think they do, and justifies abolishing that agency along with the Wildlife service, both in cahoots with green activists.

The media has ignored the consequences of the EPAs and other federal agencies actions. The United States has at least one-fourth the world's fossil fuel energy resources(last the nation hundreds of years), one million square miles of arable land, and the most innovative population on the planet. We should have full employment and prosperity for all; yet the nation is in an economic malaise.

There is no hope for the administration in Washington to change direction. They have been committed to the Nation's destruction too long. Politician's should seize upon this issue in the forthcoming elections and throw these blackguards out.

The only reason for modifying the capitalist system is to deprive someone of reward for their effort, to divert that reward into the pockets of others.

Capitalism is the system of exchanging value for value. Modified capitalism is a system for diverting some or all of the profit of that exchange into the undeserving pockets of someone else.