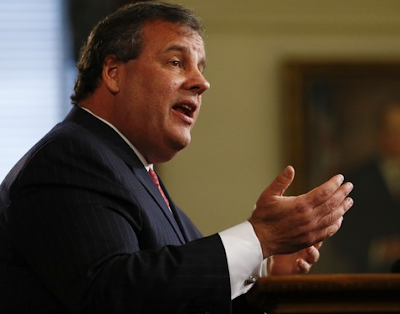 
I watched the 107 minute press conference by New Jersey Governor Chris Christie on Thursday, but I must admit that I almost fell asleep towards the end. What struck me at the time was that I had not seen anything comparable from President Obama regarding the many scandals such as Fast and Furious, the IRS targeting of Tea Party and comparable groups, Benghazi, and the Obamacare debacle.


Gov. Christie didn’t just offer a prepared statement, take a few questions, and leave. He stayed on. He took full responsibility for the closing of lanes to the George Washington Bridge by over-zealous staff, announced the firing of two top aides, and promised a further investigation of what occurred and why. Then he answered a barrage of questions.


The focus on the event is the result of countless predictions that he would face Hillary Clinton in the 2016 presidential election.  The Governor has become a celebrity politician as the result of his personality and dramatic reelection in a state that is heavily Democratic. He gained a lot of attention for facing down the powerful teacher’s union and addressing the state’s fiscal problems.


He also gained attention for his “style” of governance. A former U.S. District Attorney for New Jersey, he had put a lot of politicians in jail and, as Governor, often challenged those who questioned those who challenged him and showed his toughness on the issues. “I am not a bully,” he said in the press conference, but his assertive nature was, for many New Jerseyans, part of their support.


Did his staff and appointees absorb some of that “attitude”? Brigid Harrison, a professor of political science and law at Montclair State University (NJ), said, “It is not too much of a logical leap to connect the rhetoric that the governor has used with the tone of public servants in his administration, and I don’t think it’s a stretch to say that the disdain that is evident in these documents comes from the top down.”


Those thousands of documents, however, reveal no connection to the Governor.


Born in New Jersey, grown to maturity, and a resident here, my interest in the Governor stems in part from watching him over the many years he has been a public servant. This is the first time he has faced such a crisis and he took full responsibility. That is quite a contrast with Obama who has never taken responsibility for anything and often stated he was unaware of them until he read about it in the newspaper, something that occurred to Christie when a New Jersey daily revealed the content of emails regarding the lane closures subpoenaed by the state legislature.


I voted for Christie twice, am a registered Republican, and am politically conservative. I never voted for Obama. That doesn’t mean I have been happy with his politics that includes an antipathy toward gun ownership, an inclination to believe the environmental nonsense about global warming or some energy-related issues.


What is occurring, however, is a huge effort by the liberal mainstream press to discredit and eliminate him from being a potential Republican presidential candidate to oppose Hillary Clinton. It is the same press that has done its best to ignore the many Obama scandals and those that compose the history of Hillary, the most recent of which was her failure to respond to the Benghazi scandal when she was Obama’s Secretary of State.  She signed onto the huge lie that the attack was the result of a video nobody ever saw.

The same press thought his close relationship with Obama following the devastation of superstorm Sandy on the New Jersey shore was wonderful. He was trying to get the federal government to respond swiftly to the needs of citizens who had lost their homes or had their businesses ruined. That’s what a Governor is supposed to do. Christie also campaigned for Mitt Romney when he was running for President.


Christie’s politics make a lot of conservatives wary. He appointed a Muslim to the judiciary in New Jersey and he did a John Kerry on same-sex marriage, having been against it until he was for it. During his second campaign his campaign coffers were enriched by more donations from Democrats than Republicans! He failed to assist Ken Cuccinelli when he ran for Governor of Virginia. Et cetera.


Until the lane closing scandal, the mainstream press was touting him heavily. Now they see an opportunity to remove him from those who might challenge Hillary in 2016, assuming she will run. Hillary has so many scandals that political pundits might pause in their predictions. What she represents is four more years of the Obama agenda.


At this writing, there is no way of knowing if Gov. Christie will come out of the bridge lanes closing relatively unscathed or whether it will end his position as a Republican front-runner. The fact is that the GOP has a number of politicians who can replace him in 2016 if that occurs. The Democrats never mention anyone other than Hillary, nor is the impact of Obamacare on the November midterms and the outcome in 2016 ever mentioned. Right now the President is desperately trying to focus attention on the utterly bogus “income inequality” nonsense.


For now, Gov. Christie, a gifted politician, has three more years of overseeing 65,000 state employees and his legislative agenda in New Jersey. For now, the mainstream press will have a field day covering him.

One can only wish the Lords and Ladies of Sodom-on-Potomac (a name my dad and I came up with) would take responsibility for what they've done, but we all know that will never happen. Also, I can verify that the professor quoted in the post is a far-left, radical nutbar. It fits, since Montclair is one of the most leftwing universities in the state; appropriate for a self-styled teacher's college, no? (and this is coming from an aspiring teacher)

Hey Alan,
I had blogged about the media relations with Obama and Hillery and the relationship with Christie. The same media did not vett Obama in 2008, after all he was THEIR and they shamelessly sold their journalistic soul to carry his water. Even now there are large parts of Obama past that is still shrouded in secrecy and mystery. They liked Christie in the past because if they can get him "picked" by the GOP, he will then get creamed by Hillery in 2016. Remember John McCain, he was "popular" with the media until he was the GOP candidate against the "anointed one" John McCain you could tell wasn't used to being hounded by the press, he was used to their support. Most journalist are leftist now. Our founding fathers believed that a unbiased aggressive press was a safeguard against tyranny. Sadly the modern media has fallen far short of that ideal.