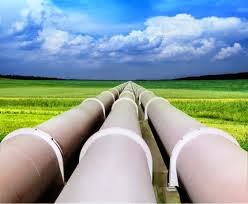 
Stopping the construction of the Keystone XL pipeline from carrying Canadian oil, a major trading partner and ally of the United States, is just part of a much larger environmental agenda aimed at preventing access to this energy source, but it is larger in scope; stopping or slowing the development of America’s huge reserves of coal, oil, and natural gas.


Just before 2013 came to an end, the Sierra Club sent out an email claiming that “2014 is shaping up to be a defining year for the environment” warning that “Superstorms, wildfires, and mass destruction from climate change threaten us all. Future generations and endangered species like wolves and bear are counting on us.” This is pure fear-mongering. In 2013, all the factors mentioned were in decline.


On the first Earth Day in 1970, here are just some of the predictions that were made:


“We have about five more years at the outside to do something.”
--  Kenneth Watt, ecologist


“Civilization will end within 15 or 30 years unless immediate action is taken against problems facing mankind.”
-- George Wald, Harvard Biologist


“We are in an environmental crisis which threatens the survival of this nation, and of the world as a suitable place of human habitation.”
-- Barry Commoner, Washington University biologist

“Man must stop pollution and conserve his resources, not merely to enhance existence but to save the race from intolerable deterioration and possible extinction.”
-- New York Times editorial, the day after the first Earth Day


On December 29, 2013, the Sierra Club was celebrating the shutdown of the 150th coal-fired plant that provided electricity. They want more solar and wind power, the least reliable source of the smallest production of electricity. They applauded the Obama administration’s plans to restrict any drilling for oil in the Arctic and “proposed new EPA rules on carbon pollution.” There is no carbon pollution.


Calling carbon a threat to human life is so absurd that it defies known science, but that was exactly the basis for all the “global warming” lies, claiming that carbon dioxide would warm the Earth when it plays no such role in the atmosphere. Suggesting that humans have any role in “climate change” is the basis for the legislative and regulatory objectives of the Obama administration that declared a “war on coal” when it is in reality a war on electricity production, the most essential element of life in America.


My friend, David Rothbard, the president of the Committee for a Constructive Tomorrow (CFACT) a free market think tank, led a team to visit to Fort McMurray, Canada in 2012 to see first-hand the tar sands from which oil is being extracted. “I have to tell you,” he said, “not just by the technology being used to bring much-needed oil up to the surface in situ with hardly a trace of environmental impact…but much more so, by the infectious spirit of opportunity in this bustling frontier town. To me, Ft. McMurray is a symbol of the kind of progress and prosperity that can come when people are able to discover and access abundant natural resources in a way that serves society and protects the environment.”


What the Greens see in Northern Alberta and in Nebraska that is enjoying an economic boom thanks to the fracking technology that produces more natural gas are people having more wealth and freedom, more jobs, more energy for the rest of us

﻿
According to the U.S. Department of Transportation’s Pipeline and Hazardous Materials Safety Administration: “The nation's more than 2.6 million miles of pipelines safely deliver trillions of cubic feet of natural gas and hundreds of billions of ton/miles of liquid petroleum products each year. They are essential: the volumes of energy products they move are well beyond the capacity of other forms of transportation. It would take a constant line of tanker trucks, about 750 per day, loading up and moving out every two minutes, 24 hours a day, seven days a week, to move the volume of even a modest pipeline. The railroad-equivalent of this single pipeline would be a train of 75 2,000-barrel tank rail cars every day.”


“Pipeline systems are the safest means to move these products. The federal government rededicated itself to pipeline safety in 2006 when the PIPES Act was signed. It mandates new methods and makes commitments for new technologies to manage the integrity of the nation's pipelines and raise the bar on pipeline safety.”


So why has President Obama, for five years now, blocked the extension of the Keystone XL pipeline to America’s Gulf Coast where many of the nation’s refineries are located? Because it represents jobs and further economic development.


The AFL-CIO wants to see Keystone XL built. “The American construction industry has suffered greatly. The national unemployment rate for construction workers remains about 13% and far too many of our members have lost homes and are struggling to put food on the table. For many members of our unions, Keystone XL is not just a pipeline; it is, in the most literal sense, a life line.”


Typical of Obama’s lies was his view of the Keystone XL pipeline when he said “They keep on talking about this—an oil pipeline coming down from Canada that’s estimated to create about 50 permanent jobs—that’s not a jobs plan.” His own State Department estimated that 42,000 jobs would result from the construction of the pipeline.


Obama does not want more jobs. He wants more Americans on the unemployment dole and on food stamps. He doesn’t want more electricity, more gas and diesel for our vehicles. He wants to destroy the nation’s healthcare system. He wants to undermine the economic growth of America in every way he can.


And thanks to the Democratic Party and the millions who still believe in “global warming” and “climate change” he was elected to a second term in 2012.

I say this in all honesty; between the Bakken formation, ANWR and Canadian oils sands North America has MORE oil than all of OPEC combined. If those oil sources were fully developed the USA and Canada would be totally independent from oil importation and would have a surplus so big that we would easily be the largest oil exporter on earth.

We would also be able to provide Americans with CHEAP gas, much like prices in Oklahoma and Texas during the oil booms of the 50's and 60's.

But the real reason Obama block the Keystone is, as you say Alan, he hates America and jobs but also, he wants to support his Arab brothers in OPEC... If we were oil independent his OPEC brothers wouldn't make BILLIONS of U.S. dollars..

Alan, I am surprised no one or no industry hasn't sued all these groups that used bogus information to stop, stall or forgo any development of our natural resources. If we could make them spend their precious tax free dollars to defend their egregious practices we could shut them down. That goes for any politician that has spread these lies also.