Cartoon Round Up -- Benghazi 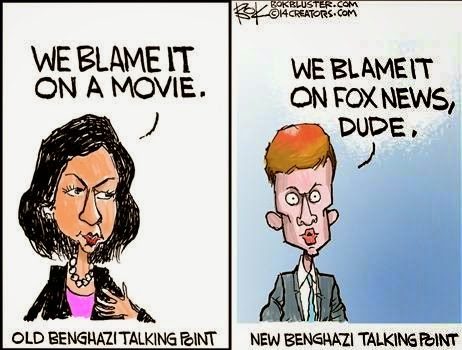 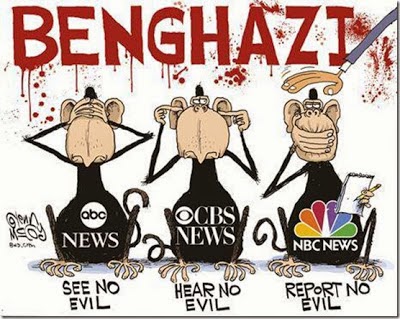 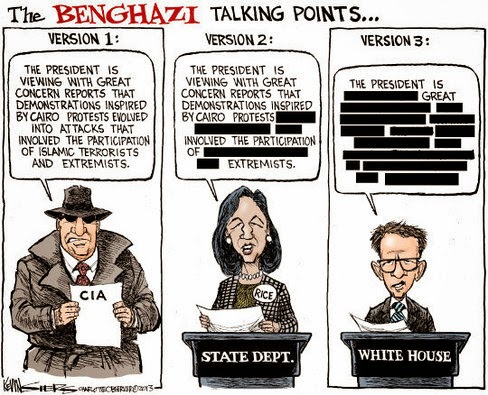 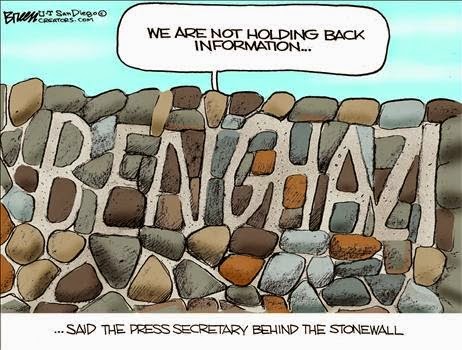 Of course you censor comments.

March 2, 2006. Karachi, Pakistan again. Suicide bomber attacks the U.S. Consulate killing four people, including U.S. diplomat David Foy who was directly targeted by the attackers. (I wonder if Lindsey Graham or Fox News would even recognize the name “David Foy.” This is the third Karachi terrorist attack in four years on what’s considered American soil.)

January 12, 2007. Athens, Greece. Members of a Greek terrorist group called the Revolutionary Struggle fire a rocket-propelled grenade at the U.S. Embassy. No fatalities.

March 18, 2008. Sana’a, Yemen. Members of the al-Qaida-linked Islamic Jihad of Yemen fire a mortar at the U.S. Embassy. The shot misses the embassy, but hits nearby school killing two.

September 17, 2008. Sana’a, Yemen. Terrorists dressed as military officials attack the U.S. Embassy with an arsenal of weapons including RPGs and detonate two car bombs. Sixteen people are killed, including an American student and her husband (they had been married for three weeks when the attack occurred). This is the second attack on this embassy in seven months.