If I Were a Republican Strategist 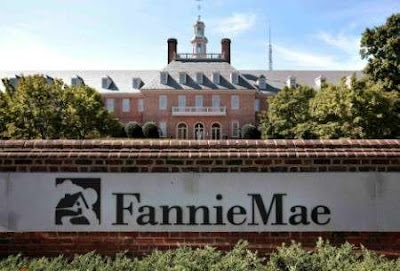 If I were a Republican Strategist right now I would be licking my lips, rubbing my hands together, and probably drooling a bit over the prospect of hanging this “sub-prime” mess around the necks of the Democrats in general and Barack Obama in particular.

Here’s why:
1. Fannie Mae lowered the lending standards in 1999 during the Clinton Administration.
2. One of its CEOs, a Democrat named Franklin Raines, was found to have manipulated the books to amass millions. He was succeeded by Jim Johnson.
3. Jim Johnson, at one point, was in charge of Barack Obama’s search committee for a Vice Presidential running mate.
4. Obama, during his four years in office, received more campaign donations from Fannie Mae than any other Senator, four times as much.
5. Democrats in Congress are on record disparaging the investigators who testified to the machinations within Fannie Mae and experts who predicted the sub-prime debacle would occur.
While the mainstream media is doing all it can to distract the public by echoing Democrat claims that this is a greedy Wall Street problem, Republicans could point to the fact that:
6. Fannie Mae required banking and mortgage lenders to make these sub-prime loans. They had no choice. This isn’t "greedy lenders" fault, but it did come back to hurt them.

If this isn’t a DEMOCRAT mess, made in Washington, D.C. by DEMOCRATS seeking to lock up minority votes by providing government-backed housing loans, than I am missing something in this equation.

If I were a Republican strategist, I would tap public anger and that, of course, is what today's defeat of the bailout plan represents. By resisting yet another panic-driven, last minute, “Christmas tree” bill, Republicans have positioned themselves as the taxpayers protectors, but they must now make a powerful case for the action.

If Barack Obama and his fellow Democrats cannot be defeated between now and Election Day, the Republican Party will have no one to blame but themselves.
Posted by Alan Caruba at 11:49 AM