Who Are You Calling Stupid? 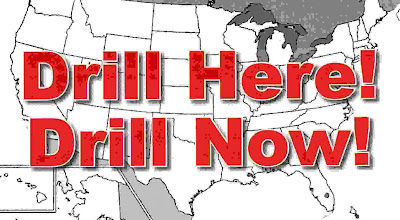 The September 14, Sunday edition of The New York Times is a study in what might be called journalistic cognitive dissonance.

On the front page the lead story was “Storm Damage is Extensive and Millions Lose Power.” On the editorial page, Pulitzer Prize winning bloviator, Thomas Friedman, was explaining why we have to stop using oil as an energy source for transportation and replace coal and nuclear with wind turbines and solar panels to produce electricity.

The title of Friedman’s column was, “Making America Stupid”, and it is a pretty good description of the entire environmental movement whose main objective often seems to be the thwarting of any new energy, i.e., power, sources in America.

“Almost the entire metropolitan area (of Houston, Texas) lost power, and authorities said more than three million people were trying to manage in the dark. Utility officials say it could be weeks before power is restored throughout the region.”

Bad news for Texans, but worse news for the rest of us. “The magnitude of the power loss and the flooding raised the possibility that several major oil refineries would take more than a week to reopen.”

It helps, if you are a New York Times editor, to be unable to make the connection between your page one story and the babbling of Thomas Friedman who is inside the same issue calling for “innovating a whole new industry of clean power” for America after the grudging admission that “Of course, we’re going to need oil for many years.” You think????

That fabulous renewable energy, wind and solar power, would surely have been embraced by now if it could deliver the power that, for example, is not available in Houston and a huge swath of Texas. Could it be because a lot of power lines have been blown down?

In Texas, there are lots of wind turbines, but they like all the rest in the nation provide barely one percent of our electricity needs. And they exist only because they are heavily subsidized with federal and state funding. To put it another way, they are so inefficient and impractical, that without the government mandating them, they would not exist! The same goes for solar power.

This is what happens when government intrudes itself into areas left to intelligent people. During the Carter administration, the Department of Energy was established in 1977 for the purpose—we were told—of reducing our dependence on foreign oil. Thirty-one years later the budget for DOE is $24.2 billion a year. It has 16,000 employees and some 100,000 contract employees. Are we energy independent yet? This is the same Jimmy Carter who had solar panels installed on the roof of the White House. They’re gone now.

Friedman pauses in his criticism of Sen. McCain and the Republican solutions to our energy needs (“Drill, baby, drill!”) to make fun of their proposal for more nuclear plants. Rumor has it that France gets most of its electricity from them. India is building some for its growing energy needs, but Freidman wants to carpet America with solar panels and ruin the landscape will thousands of wind turbines. No thank you!

There’s a reason why we don’t have more coal-fired and nuclear plants generating the electricity we need.

There’s a reason our electric power grid is not being upgraded to meet our future needs.

There’s a reason food costs more when corn is converted into fuel instead of food.

The reason is thirty-one years of government regulations and general interference with the power and energy industries that must answer to their investors while coping with “environmental” laws that slow or render impossible the provision of our energy needs.

Enthralled as all liberals are with Sen. Obama, Friedman assures us that, when elected, he will improve education and health care, deal with the deficit, and forge “a real energy policy based on building a whole new energy infrastructure.”

No, he won’t. The government just makes a botch of it when it intrudes into the marketplace to control education and health care.

The government has given us the deficit, not reduced it.

And real energy policy is based on access to our nation’s vast deposits of affordable coal and the ability of the oil and gas industry to extract the vast reserves of oil and natural gas that exist.

Friedman thinks it’s stupid to drill for oil and natural gas, and mine our coal. He thinks it’s smart to throw money at windmills and solar panels. He thinks you’re stupid enough to agree with him.
Posted by Alan Caruba at 11:42 AM

On target as usual!!!

As a little aside; I'd bet all those Texas wind turbines got all wound up with Hurricane Ike!!
Probably blew the Holy Hell out of all the compact florescent bulbs in Texas!!
Better call in osha and the epa for the clean up!!!!

Thank you, Jack. I hope Texans and others can get their lives back together sooner than later, but Mother Nature must be obeyed.

Friedman and his fellow libs seems hell bent on ignoring reality in favor of their "solutions"
including some that have been tried and proven useless and too costly.

Unfortunately the congress have their cut and paste response letters
ready to go depending on which logical argument you have to present to them. Through our blogs and linking to excellent articles such as this we can educate those who are falling for the global climate scam and the alternate energy pipe dream.
Alan I always link my blog to yours keep up the great work.
Dave

I sloughed by way through Freidman's book "The World is Flat" a couple of years ago. Afterward I thought I knew what his thoughts were regarding good business practices. Clearly that was a mistake. Perhaps he should read his book.

Thanks to all those posting.

I have concluded that Friedman has either lost his mind or is trying to clone himself as Al Gore.

It is so over for these folks.

It is old wisdom not to put all your eggs in one basket. With all our refineries centered in one location it seems our country is indeed just asking for trouble.


If I was working for a hostile government and wanted to know soft spots from which to cripple the USA that would certainly be one.

Diversification of assets just makes common sense. I personally hope main stream society can successfully see this necessity, and demand it be so.