Social Justice or a Bad Idea? 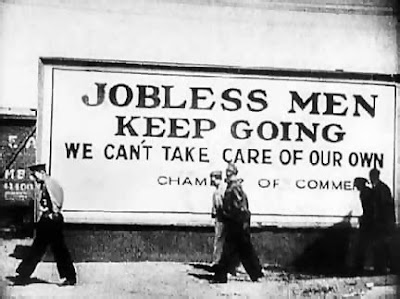 I have a close family member who is as liberal as I am conservative. We talk every day and, mostly, we avoid discussing politics. Most of us have family members whose politics differ from our own and most of us are wise enough to avoid such discussions.

Since my family member has spent his life dealing with Wall Street and advising people of great wealth how to protect and enhance it, one would think that the conservatism he brings to that goal would extend into his broader vision of the nation and the world, but it does not.

Indeed, Wall Street is a hotbed of liberals. Many of those who migrated to politics from Wall Street brought their desire to improve the lives of those less fortunate with them, but unfortunately, this is precisely what has led the nation to the present crisis.

The crisis of the Great Depression led to the politics of the 1930s and 40s, and demands for government intervention to ease the terrible burdens of a broken economy. The result were programs designed to alleviate the then-immediate crisis, restore trust in the banking system, provide make-work projects, and create Social Security to protect people against a penniless old age.

The driving political motivation was to introduce “social justice” into a society where many people had been impoverished through no fault of their own. Leading up to that earlier crisis was extensive speculative investment, often by people who could ill afford to do it.

If this scenario sounds familiar, all you have to do is consider a system put in place that permitted people who could ill afford to do it, to get mortgage loans and then required mortgage lenders and banks to make these loans.

The banks and mortgage companies were told that Fannie Mae and Freddie Mac, two government agencies masquerading as private entities, would back them up in the event of defaults on those loans. They bought what was essentially worthless paper based on the concept of “social justice.” Investment firms “bundled” that paper and sold it as a form of securities.

The current crisis is rooted in the “solutions” to the Great Depression. A reading of history reveals that it was World War II that employed a lot of people in the struggle to overthrow authoritarian dictatorships. Many unemployed men volunteered or were conscripted into the military. Opportunities for women to work opened up in the nation’s factories that thrived in the effort to provide munitions and the many products necessary to achieve victory. In a very real sense, though the threat was real, it was WWII that restored the nation’s economy.

When men returned from that victory, a grateful government provided the means by which they could attend college, learn new skills, and swiftly begin to contribute to a growing economy. Other men replaced women on the assembly lines.

In a new century the United States is attempting to function with ideas and institutions left over from the last major, economic, and military crisis. A lot has changed since then, but the concept of “social justice” has not. It has been the justification for the insane expansion of the federal government into every aspect of life in America.

While no one would argue that there is not a need for regulation. It is equally true that the banking and investment community is possibly the single, most regulated element of the nation’s economy. What failed was the judgment of those imposing “social justice” ideas from the 1930s and 40s on a $13 trillion economy embarking on a new century in a global marketplace.

Telling Detroit to build cars based on a false “global warming” belief that carbon dioxide emissions are a threat to the environment is a bad idea.

Influencing what farmers choose to plant based on the three-decade-old failed and false belief that ethanol can or should replace gasoline is a bad idea.

Imposing a one-size-fits-all straight jacket on the states’ educational systems is a bad idea.

Refusing to allow the exploration and extraction of the nation’s vast reserves of oil, natural gas, and coal, is a bad idea.

Giving the Secretary of the Treasury a blank check to purchase billions in worthless loans will no doubt stem the panic regarding the stability of the nation’s banking system, but doing so without congressional oversight is a bad idea.

Adding to that blank check by including student loans and a host of other credit obligations is a bad idea.

At some point you run the risk of literally bankrupting the nation and that is a very bad idea.
Posted by Alan Caruba at 8:28 AM