Needed: A Calm Approach to a Very Big Problem 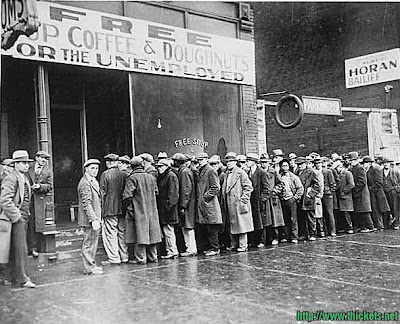 Your local bank isn’t called a “trust” for nothing. The only thing that keeps the banking and investment community going is trust. And liquidity. Money moving in and out. Since they underwrite all business and industrial expansion—essential for capitalism to succeed—that trust is essential.

If the bank grants you a mortgage or auto loan, they are trusting you to pay it back with interest. Your bank has to trust a network of other banks as they process their customer’s transactions. In addition, since they issue credit cards, they have to trust holders to pay their debts and to pay them for their use.

Everything seems to funnel back to the Federal Reserve whose job it is to protect the value of the U.S. dollar by raising or lowering the interest it charges when it loans money to banks. Why wouldn’t banks feel confident if they knew money would continue to flow from and through the Federal Reserve?

That’s what the current financial crisis is about. If banks cannot or will not trust the Federal Reserve and other banks, and if they will not trust you with a loan, the entire economy grinds to a halt. Money is like manure. You have to spread it around to get any value from it.

My late Father was a Certified Public Accountant. I was born missing the gene for addition, subtraction, and multiplication. He eventually made his peace with a son too idiotic to balance his checkbook, granting that I had stronger skills in other areas. I grew up largely disinterested in acquiring wealth. That was a mistake, though I do live quite well by most standards. My needs are few.

Having lived through the Great Depression, both my parents were more than content to earn enough to enjoy a classic suburban life in a lovely, three bedroom home with a car in the garage. After World War II, Mother began a career teaching haute cuisine and the appreciation of wine. Many of the men who had returned from war also returned with a taste for foreign foods and Mother taught them and their wives how to prepare them.

Thus, with two incomes, my parents were able to put two sons through college and still enjoy “the good life.” They avoided dabbling in the stock market.

Despite their experiences during Great Depression, they trusted the local bank to keep their savings safe for them, but their trust had been restored only after considerable regulation of the banking and investment industries. As far as they were concerned, Franklin Delano Roosevelt saved the nation.
As historian Donald J. Mabry notes, “[President] Hoover broke precedent because the national government assumed some responsibility for what happens during an economic depression, but he was not willing to go far enough. He believed that the depression was part of the normal business cycle and had been caused by international factors and not U.S. ones. To him, ‘prosperity was just around the corner.’ The best thing for the country to do would be to wait the crisis out.”
The crisis got worse and worse and worse. Bank robbers like Bonny and Clyde became folk heroes.

In 1932, Democrats nominated FDR for President and he would serve until his death in 1945. Government got very involved and has remained involved. It became the federal government’s responsibility to ensure that the trust that kept banking, investment, business and industry functioning was maintained. This explains why the Secretary of the Treasury and the Chairman of the Federal Reserve have been testifying non-stop before Congress.

However, the American people are being told that, without immediate intervention, largely without prudent oversight, we will be right back to October 29, 1929 and the appalling decade that followed. There were vast numbers of jobless men, soup kitchens, lost farms, failed businesses, and a desperation that defies description.

We are being told that we must act in haste and that the federal government should buy what those on Wall Street call “toxic paper”, the questionable sub-prime loans.

Calmer voices are suggesting that other steps should be taken to restore trust in the system. These involve changing the current accounting system and other options beyond this writer’s area of expertise. On the face of it, saving those investment houses that did not act prudently does not seem a good idea. The Federal Reserve has already allowed Lehman Brothers to fail.

If no one really knows what all that sub-prime mortgage paper is worth, throwing $700 billion at it might, in fact, just be the beginning and not the end to the problem. That said, doing nothing might be a whole lot worse.
Posted by Alan Caruba at 2:00 PM